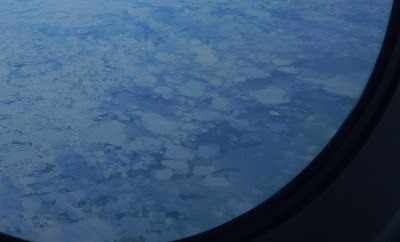 These photos were taken from 40,000′ over Labrador, Canada.
The first sight of that snow-covered, desolate land (seen through the plane window) was ice-fringed, the floes floating through a brittle skin of transparent ice …(above)

Then (below) the land itself — snow-clad outlier islands caught in a plain of ice, apparently abandoned by mankind to a cold, lonely wilderness — still wearing, though, the scoring of an ancient icy past in the form of deep scratches. 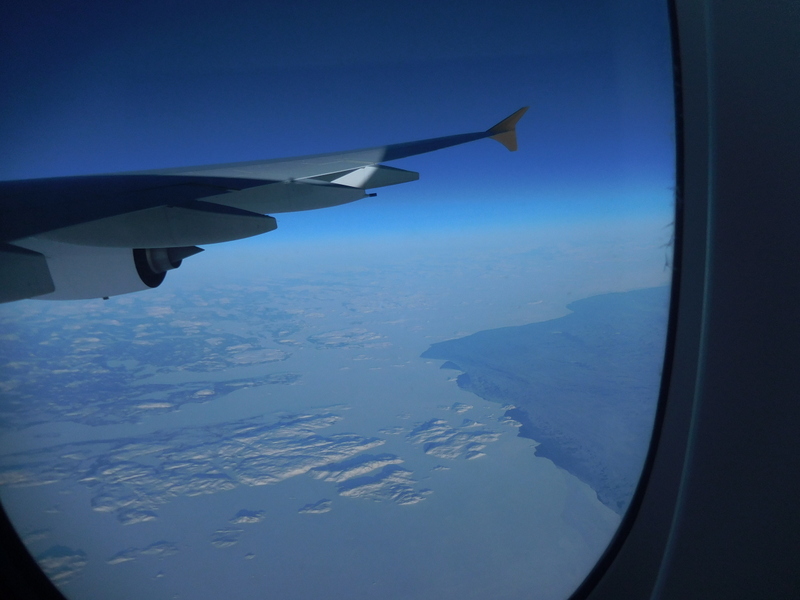 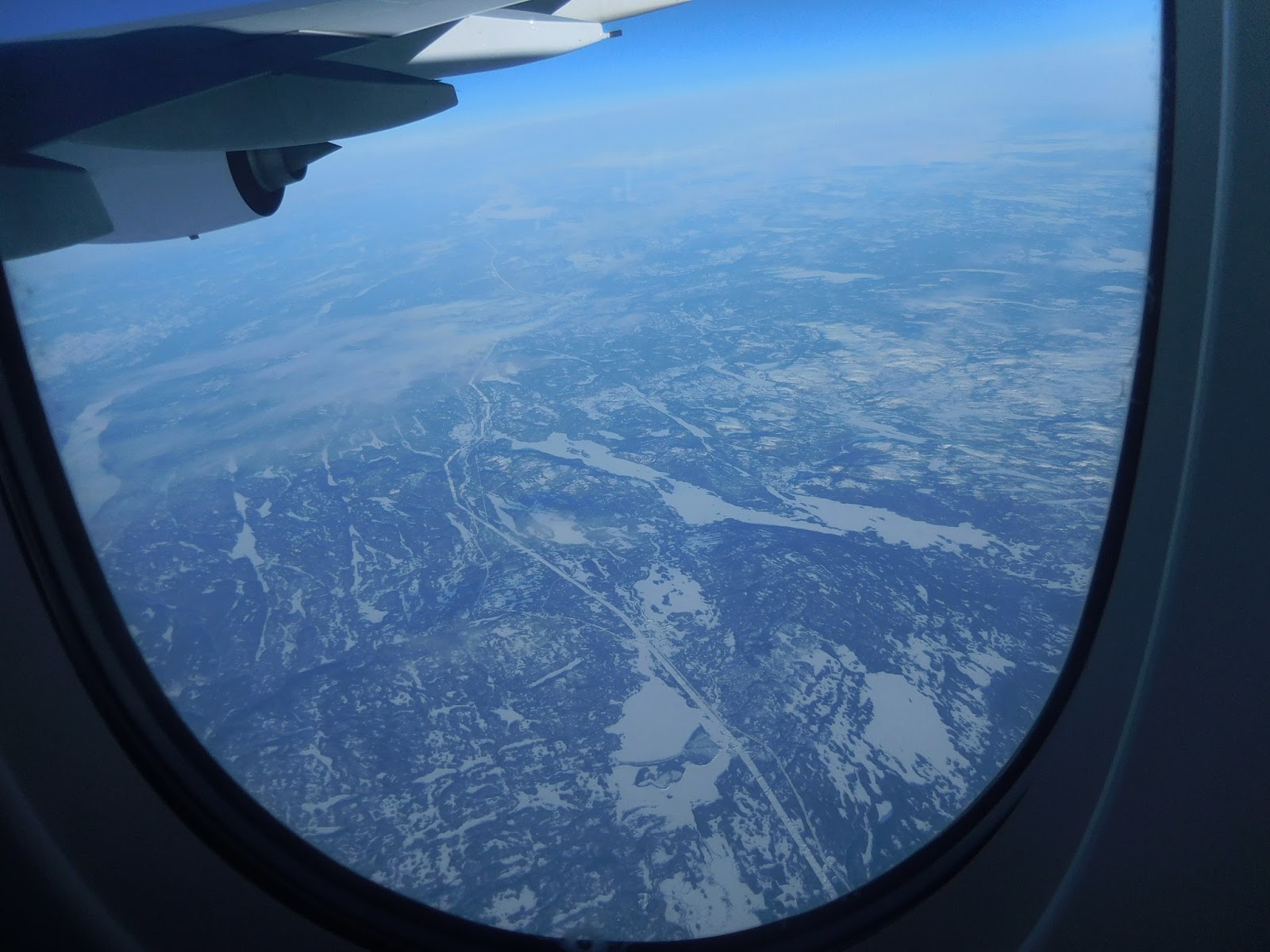 Then the first sign of mankind: a straight line, much wider that any ordinary road, blugeoned somehow through the wilderness to make a snow-filled line of epic proportions (remember, this was taken from 40,000′ up). Whatever ploughed this furrow mostly ignored the contours of the land as if  oblivious to them.

An oil/gas pipeline? A road for giants? A firebreak?
(I’m an Australian. A firebreak is what we think of first, actually…)

Framing this gigantic ditch: scratch marks from the ancient fingernails of ice sheets and glaciers.

Finally, below, a slightly warmer sight: a flowing river not far north of the St Lawrence River. 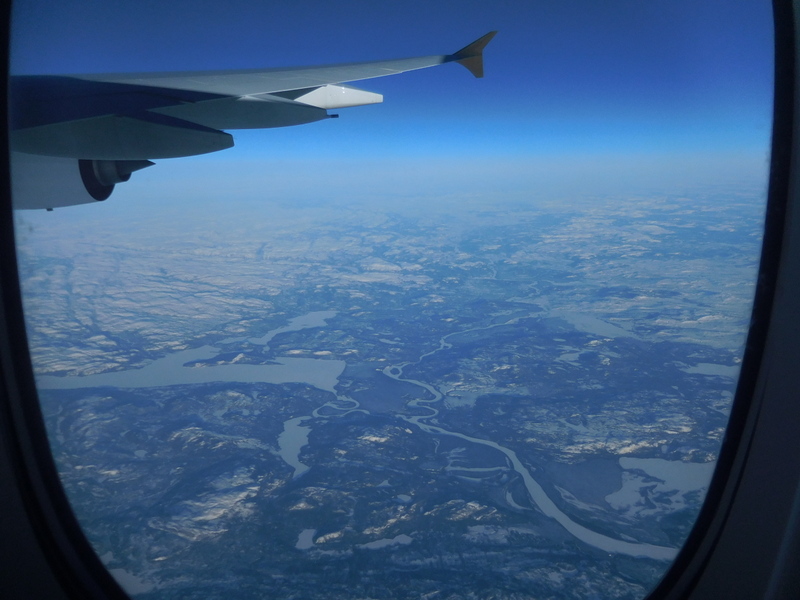