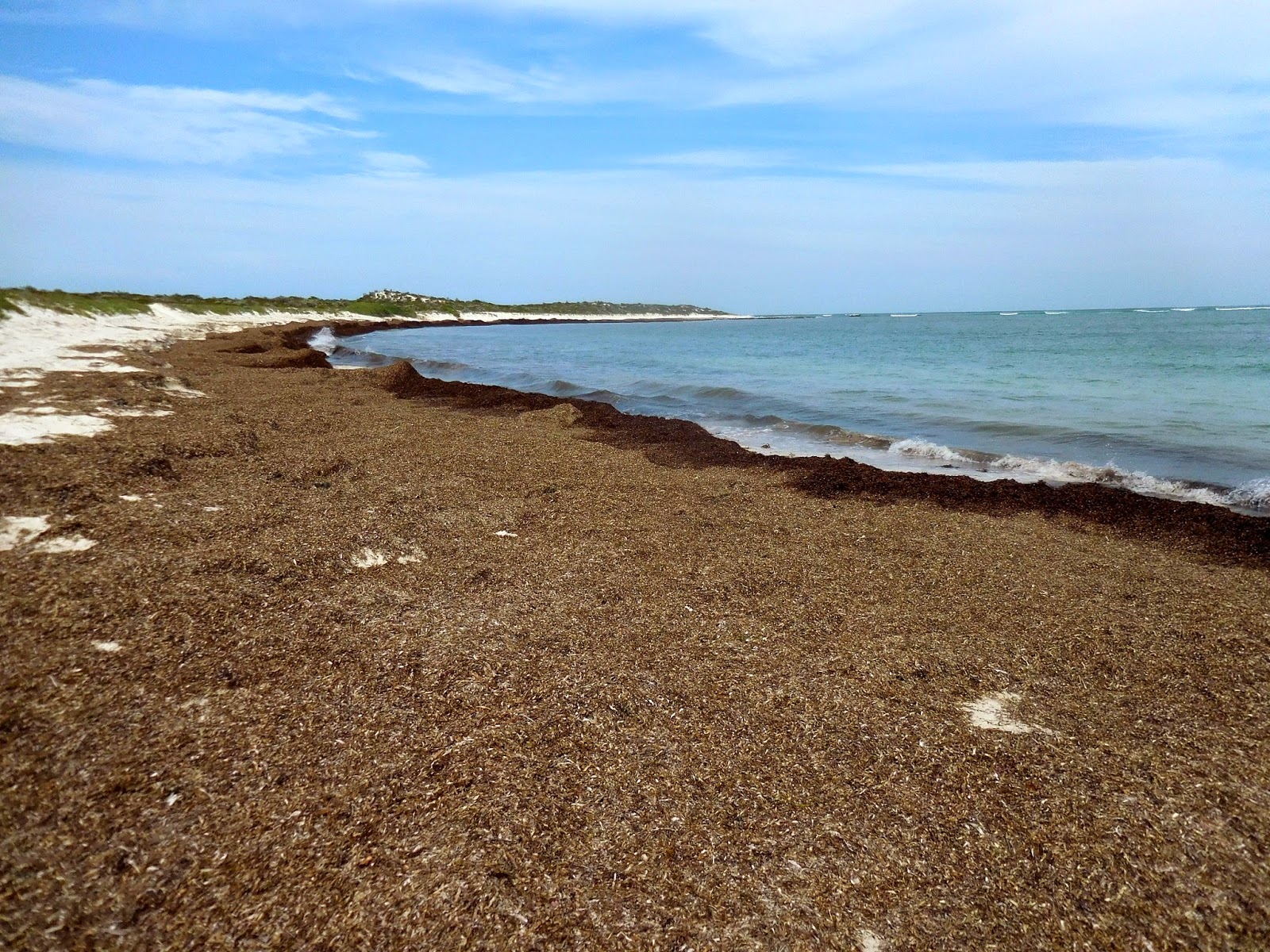 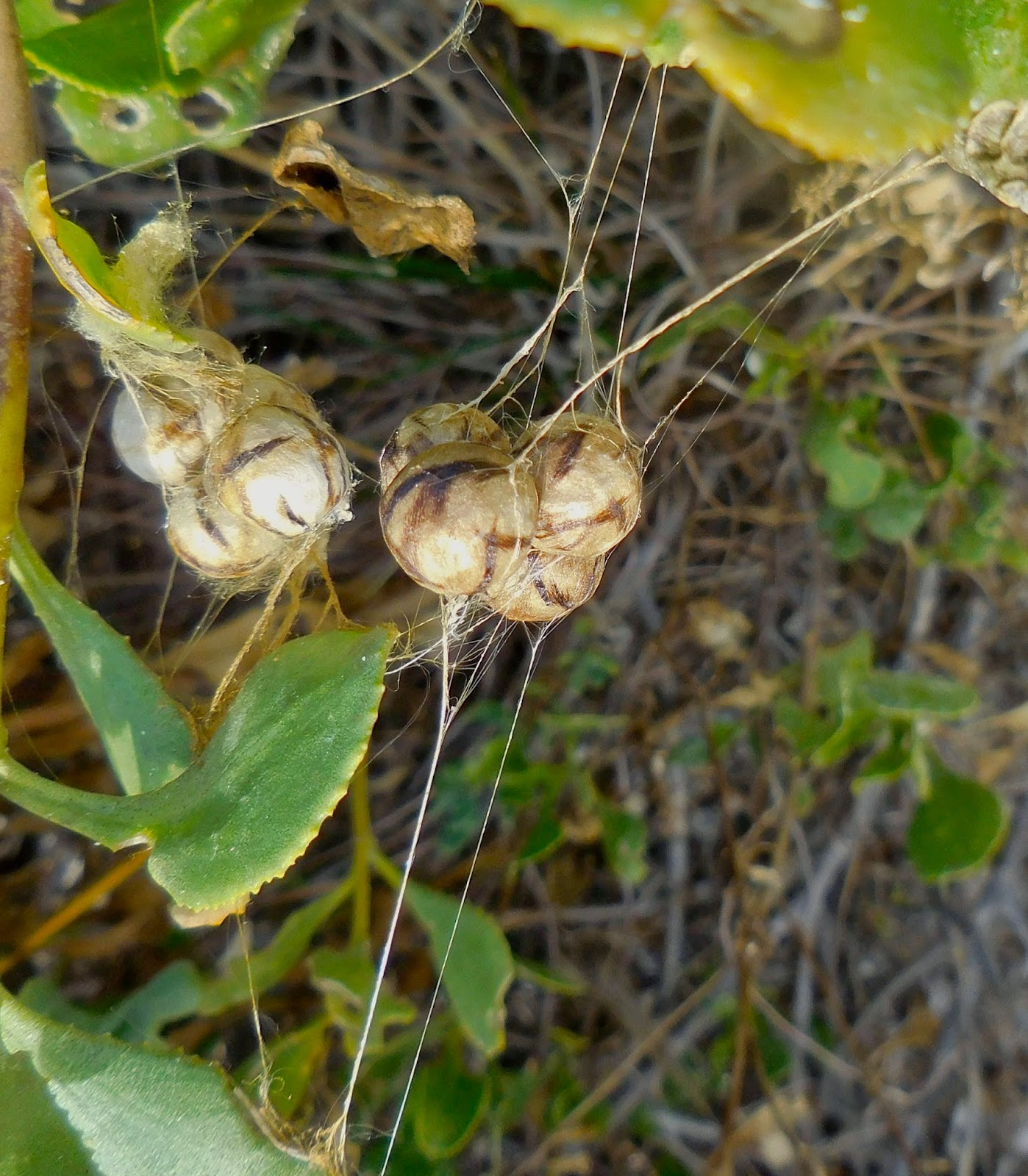 When travelling back from Jurien Bay, we stopped to have lunch at Hangover Bay (above) and came across these odd looking leathery egg sacs hanging on coastal vegetation. We actually didn’t have the faintest idea of what they were.  A centimetre in diameter, they were suspended by strong springy spun threads in two groups of four. The 4 on the left of the photo were whitish, the other 4 much darker and more distinctly marked. The whiter ones had tiny holes and appeared to be empty.

Being one of the nosy naturalists that we are, I detached one of the empty ones and tried to break it open. No go. It was as tough as boot leather, and resisted being torn. We left the others as they were and I did some checking when we arrived home.


As far as I can see after a Google search, they are probably the egg sacs of the Bird-dropping Spider — so called, not because it drops birds, but because it is a squashy, messy-looking fellow that resembles a bird dropping. We didn’t see the lady guarding her eggs, so maybe her disguise was really good…