↓
Home Menu ↓
Skip to primary content
Skip to secondary content
Home→Blog→Blog→A City called Angkor Thom
More from our Cambodian trip.
Angkor Thom was the last capital of the Khmer Empire. It was surrounded by a moat and a wall and contained numerous temples and a Royal Palace going back to first half of the tenth century.
(Think about that for a moment! That was the end of the period usually referred to as the Dark Ages in European history.)
Although the foundations and an enclosing wall around the palace with entry towers have been identified, many buildings, probably constructed of wood, have gone. 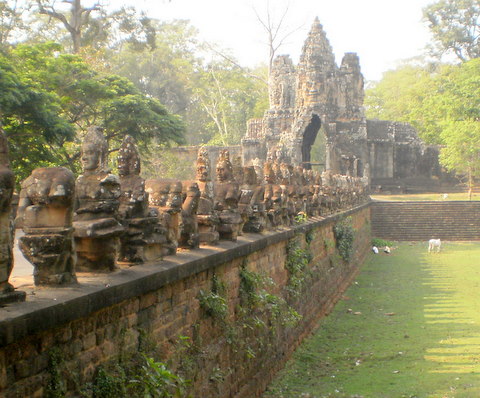 A long causeway leading to each entry tower is flanked by a row of 54 stone figures on each side – demons on the right and gods on the left-to make a total of 108 mythical beings guarding the city of Angkor Thom. 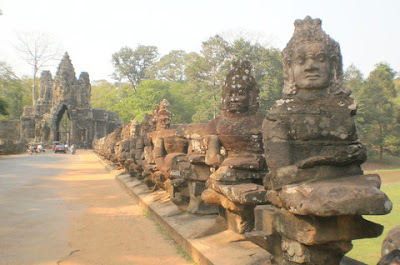 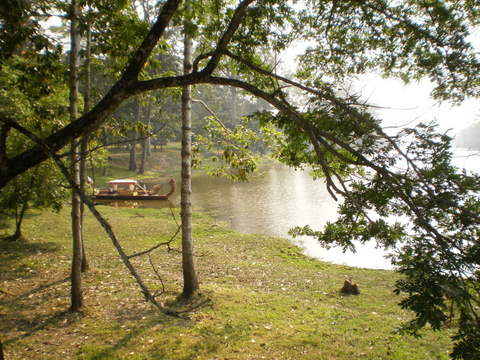 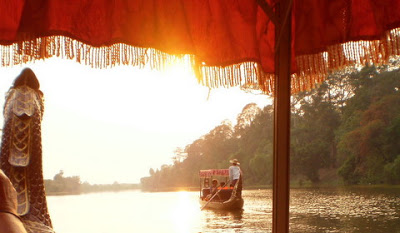