↓
Home Menu ↓
Skip to primary content
Skip to secondary content
Home→Blog→Blog→Why I should travel more with husband…
…it’s the only way I’ll ever get to stay in hotels that have reception areas like this: 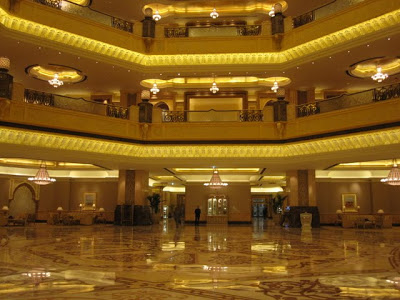 and where the rooms have bathrooms like this (actually it’s a picture of half the bathroom…): 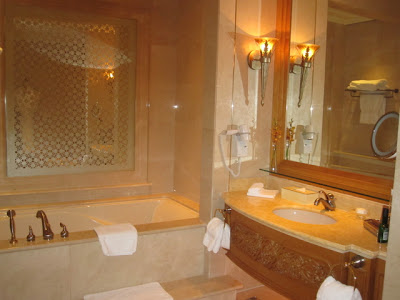 Remember while I was on Pangkor Island? Well, my husband at the time was taking these photos at his hotel in Abu Dhabi, where he was attending an international meeting as a speaker, sponsored by the American Academy of Arts and Sciences, and the University of New York, Abu Dhabi campus.
I think the hotel was sponsored by a local body.

*many years ago the men who married my daughters invented a new passive verb: “To be noramlyed”. The meaning: when you travel with any member of the Noramly family, something will go wrong with your plans.