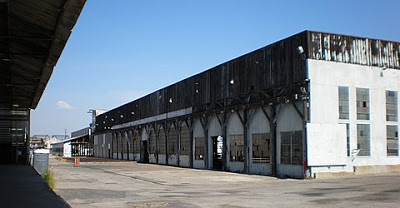 I am actually staying in a hotel in Long Beach at the moment, as my daughter is working on location here (film work, production side, not acting!).

I spent a bit of time today on the set in an old warehouse down on the waterfront (an episode of CSI and Prison Break were filmed here), which was very interesting, for me at least, and confirmed my previous impression of film work – gleaned from when she was a kid acting in some TV adverts years ago: you would have to be insane to think that acting is glamorous. It is repetitive and boring for the most part, and I take my hat off to actors who can produce great work in short takes done for the umpteenth time. 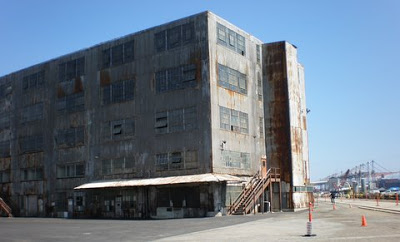 The other thing that impresses an outsider is how many people and how much time and equipment goes into producing each of minute of film…
I can’t say anything about what the production is, so don’t ask. All hush-hush at the moment.