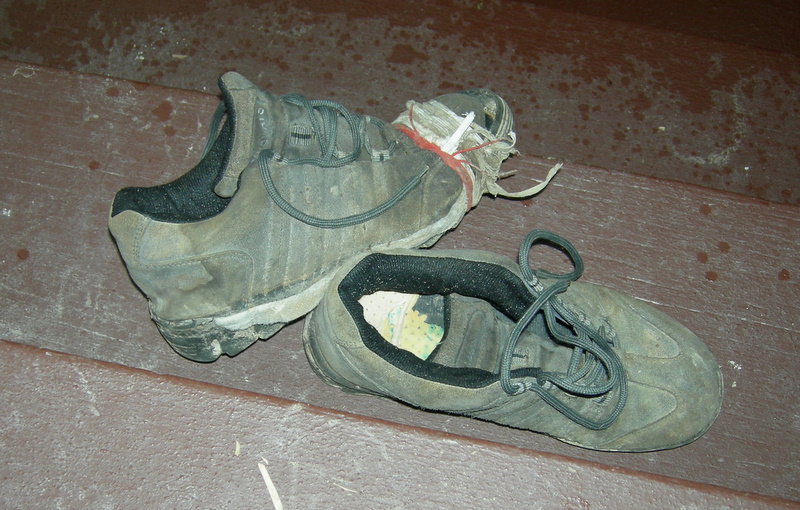 I had to have an x-ray this morning.

Which is not such a bad thing. Except that one has to be prepped for it…starting Friday night with a pair of harmless looking pink pills, and an instruction sheet on how I couldn’t eat anything but white rice, boiled fish and fruit juice for 2 days. And two more sets of pink pills over the weekend, which were apparently designed to make sure that the rice, fish and fruit juice didn’t hang around anywhere for too long.

So that was one miserable weekend. (Except for the minicon Saturday night!)

So I rack up to govt clinic for my x-ray first thing this morning, only to be blithely told, “Oh there are no x-rays being done today. They have an audit.” I never did quite work out who had the audit – the x-ray machines? The radiologists? Anyway, you can imagine how I felt about that. However, I didn’t go down without a fight…and so I ended up driving 9 kms to the x-ray dept of a govt hospital, and back again to the clinic with the x-ray.

Then, when the doctor put it up to the light, it was to discover that they had not positioned me correctly under the x-ray machine so crucial bits and pieces were missing…

Great. I’d done all that for nothing.

Anyway in the afternoon I abandoned the govt clinic and went instead to a private hospital (via the bank to draw out money) to see a doctor I normally visit for a once-a-year check up. On the way (a 40 km drive), it started to rain – the kind of rain that can only come in the tropics. And the aircon in my car had packed up and gone who-knows-where. So I’m sitting behind a fogged up glass trying to see through rain doing an imitation of Niagara Falls in flood down my windscreen. And managed to take a wrong turn. The rain stopped and I was stuck in a traffic jam in an old part of town I am not familiar with…

And there was a Chinese funeral causing the traffic jam. Now I’ve seen enough such processions not to be particularly startled by them, but this one was surreal. They had a brass band all dressed in black and white, each looking like a cross between a Zorro and Zapata, wearing black hats that had brims on growth hormones. Weird. A Malaysian version of those New Orleans funeral marches of Hollywood movies…?

Anyway, eventually I extricated myself from the mourners and got to see the doctor. Who thinks my problem is caused by snapped and torn muscles in my hips, probably dated back to my trekking in April-May, and progressively getting worse since, especially since the orthopaedic specialist had been giving me exercises to work those same muscles!! Seems those shoes weren’t the only things that disintegrated on Borneo.

Doc’s advice: three months rest – meaning: no stairs, no climbing, no bending, no squatting….and I am about to embark on a 3 week stint of looking after 3-year-old grandson in a house with stairs. Yikes. How’s that for timing?

The lovely doctor refused payment. And the day began to look up…