↓
Home Menu ↓
Skip to primary content
Skip to secondary content
Home→Blog→Blog→So what happened to the other boat? 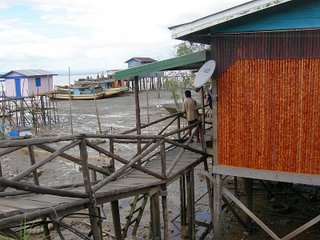 We arrived at Wallace Bay, had lunch, settled in, did some birding. Hours passed. Night was falling…and the speedboat with the other participants had not arrived. They had been sighted, briefly, shooting past the jetty some hours earlier, oblivious to the frantic waving of the expedition organiser. But now here it was, growing dark, and no sign of them. 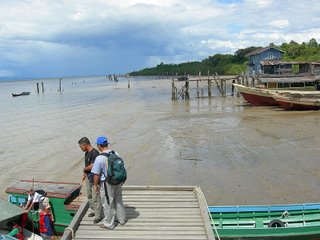 What had gone wrong?

Well, firstly, they made the mistake of turning left out of Tawau Port.

No one explained to them that you can’t go around Sebatik Island that way to get to where we were staying.

Why not? Because half of the island belongs to Indonesia, that’s why… That was mistake number one. 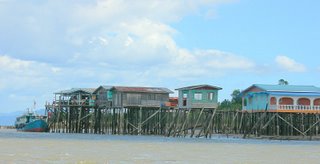 Mistake number two was to ask for directions.

How can that be a mistake, you ask? Well, it is when the place you stop at to ask happens to be the police/immigration base – on the Indonesian side of the island, and you don’t have the right papers. 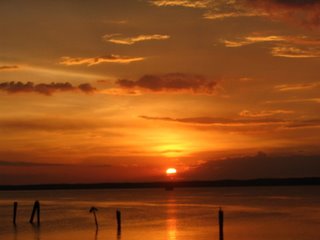 You are researchers? the man asks in disbelief, waving the sub-machine gun. Then how come you don’t know where you are?

Good point. The boatman should have done some research. Like looked at a map, perhaps…

After much time, many lame explanations and some grovelling apologies (not that they had much choice, after all), they were released and headed off in the right direction. Sort of.

But then along came the consequences of mistake number three – they really didn’t know where they were going.

Three hours stuck on a mudflat. No food. No loo, and one of your number is a woman. I am so glad it wasn’t me…

They finally arrived at dusk, when they had thought they were going to get there before us. They’d been Noramlyed, for sure.