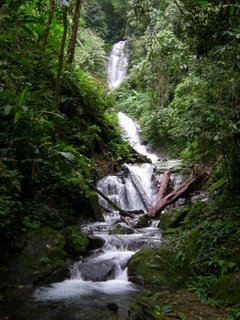 One of the things I love about going into the rainforest is that every time you go, you see or hear something different, even if you use the same trail again and again. That is the nature of a rainforest. 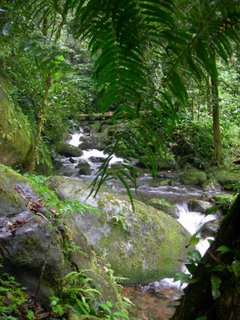 First there’s the general beauty of the surroundings. 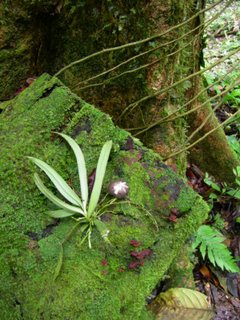 Then there’s the perfection of the details. Take this moss-covered log at the base of a tree. See what is growing on it – the green moss, a brown and white round mushroom, a frilled red fungus, an orchid, a fern, the roots of a climbing vine. Taken as a whole, it is a snatshot of nature’s fecundity and recycling. And yet it has an almost fairyland beauty to it. 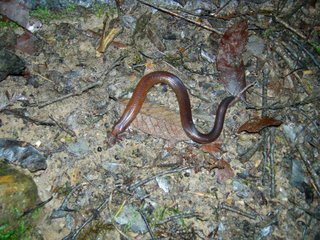 And lastly, there is the wonder of its wildlife. Here’s a picture of something I’ve never seen before. I think it is a blind snake. I ruled out a limbless Caecilian (salamander family) – it has no segments. In fact, it is covered with scales, so it is not any kind of worm either. It’s eyes are lodged under it’s skin. It wriggled like a worm, though, rather than slithered like a snake, desperate to get under the leaf litter.

If any herpatologists want a better photo in exchange for an ID, email me. It was found at about 1000m up on the western lanks of Mt Kinabalu, Sabah, Borneo.