↓
Home Menu ↓
Skip to primary content
Skip to secondary content
Home→Blog→Blog→A WRITER’S PROBLEM: HOW TO GET RID OF THE BORING BITS…
I am recycling some old posts which may be of interest to new writers struggling with writing problems… 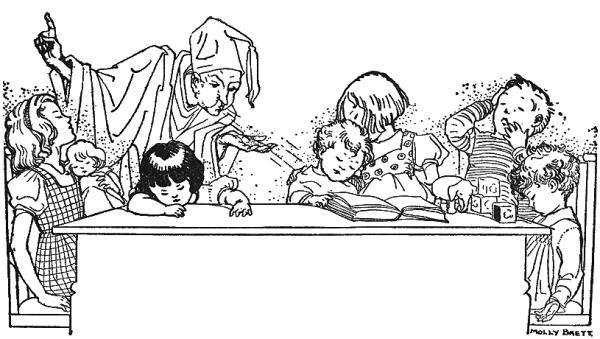 
How do you write the boring bits between the interesting bits?

In other words, how do you breathe the magic on to the page to keep your readers awake, even when you aren’t writing the really exciting action bits?

Personally, I find that writing the exciting parts of the story – the adventures, or the emotionally charged character confrontations – is the easy task. What is tough is to get the hero in the door to start with, or to get the army to the battlefield, or to get the heroine up and dressed in the morning, or get the travellers from place A to place B.

Take the travelling. In a mainstream novel set in Megacity, no problem. You can say “She caught the train.” It’s somewhat harder in a fantasy. She walked. Um, she walked six days. (Reader is immediately thinking: what did she eat, was it safe to walk, where did she sleep, etc, etc, and they expect answers.)

1. Sometimes the answer might be simple. You use a trick:

e.g. the end of a chapter

Your hero goes to bed in his room at the inn at the end of chapter 10. At the beginning of Chapter 11 you have him knocking on the door of the villain’s house for the great confrontation scene. Voilà, you have avoided all that tiresome business of getting up, getting dressed, having breakfast etc, all of which is irrelevant to the story arc.

e.g. the division of your book into parts.

At the end of Part One, you have your king declaring to his councillors that they are going to march to war on neighbouring kingdom. Part Two opens with the king’s army besieging the walled city of the neighbouring king. None of that tiresome business of how you raise an army, supply it, arm it, march across the border…

e.g. the section break (seen in the book as a blank line or sometimes an asterisk or equivalent.)

Seen in the typed text as –TEXT BREAK HERE–

You write a scene where Mary is trying to decide which of her numerous dresses she is going to put on for the ball. You insert a text break, and then continue on to show Mary as she sweeps into the ballroom clad in her older married sister’s bright red gown, to the horror of the conservative dames. And you, the writer, have avoided the details of how she pinched her sister’s dress out of her closet.

Mostly, though, the problem of tiresome, irrelevant but important details is more difficult to solve.

2. Use a sentence or two rather than a paragraph of explanation. Gloss over the unnecessary details by the way you structure your sentence(s).

Problem: Your travellers, led by Jokum, have just arrived in a town. They are very hungry and very dusty. The reason they are there is to hunt out the local mage for help, only to discover that he has been arrested for treason. It is unlikely they would visit the mage ravenous and dirty, but you don’t want to dwell on how they eat and wash up – it is unimportant. You want to get to the exciting bit. However, if you don’t say something, your readers won’t find your story believable. So keep it succinct – explain but don’t bury your reader in detail.

Solution:
e.g.
After a meal and a wash at the first inn inside the city walls, they asked the way to the street of Mages. Ten minutes later, Jokum was knocking at Hokus’s door.
or
After stopping at the town pump for directions and to wash away the worst of their travel dust, they bought a loaf of fresh bread. By the time they reached the house of Mage Hokus, there wasn’t even a crumb remaining.

You may be able to think of even better ways to reduce the information down to a snappy minimum.
I am recycling some old posts

3. Spice up the boring in-between-bits with interesting world-building or character info.

(Remember, if it tells you something important about the world or the character, or if it pushes the story forward, then your info becomes important and interesting.)

For example – the army preparations might be boring – or they might not, if they include arguments between the king and his advisers or sons or brothers, or if they include the oddities of your world. For example, how do you feed your fighting dragons? How do you get your mages to the battlefield if they can’t cross water without losing power? Can you use magic or dragons or something else fascinating to supply your army with food?

4. Use dialogue to give the info.

It’s a lot easier to make something interesting if it is delivered in speech.
Here’s some info in text form:
By the time they reached Emitiville, the horses were thin and losing condition, so Tom bought some oats.
Spiced up with dialogue:
“Tom, did get any oats for the horses? If they lose any more condition, I reckon I’ll have to put another hole in my saddle girth.”
“Yeah, don’t worry. I bought some cheap, from the ostler’s wife. Only a shilling and a kiss. Well, a bit more than a kiss.” He grinned.
“What? You seduced the ostler’s wife?”

Here’s a section of text from “The Last Stormlord.” It covers six days of walking by the protagonist down a tunnel that supplies water to a city from the hills. He has just entered the tunnel and lit a lamp.

Now he could see what he was doing, he used the walkway built along the side. When he was tired or hungry, he stopped. He slept fitfully at intervals, stretched out on the walkway in the smothering dark with the lamp extinguished. When he awoke it was always into panic at the utter blackness, and the panic remained until his fumbling with flint, striker and tinder produced enough of a flame to light the lamp or a candle.

The next paragraph deals with him arriving at his destination. So those four sentences are all there is to cover six days – and (I hope) conjure up a bit of how it felt. The above paragraph gives all the necessary information (except perhaps the problem of waste disposal!!) without being boring. The waste disposal? Yes, I do deal with that too – it is one of the first questions the indignant water reeves ask him when they catch him at the city end of the tunnel. (Want to know more? Buy the book!)

6. Getting the hero out of the room by diverting the attention of the reader to something else.

You have to get our teenage protagonist from, let’s say, the kitchen (where he’s just had an unsettling conversation with this mother about his elder brother), to the letter depository a mile away, because he wants to send an important message (that the reader already knows about) on the next coach out of town.

One way to do it is to ignore the uninteresting method and deal with the interesting thoughts he has. Let’s call him Jaydon.

He slammed out of the kitchen in a temper and, on his way across town to the letter depository, dwelt lovingly on numerous impractical plans to wreak revenge on that sneaky, mean-spirited liar of a brother of his. That bastard! How could George have behaved like that and upset his mother so – so callously?

By the time Jaydon arrived at the depository, the scowl on his face made the man behind the counter take a step backwards.

I’ll guarantee your reader won’t notice that you didn’t bother to tell them HOW he got across town. Did he walk? Take a coach? Ride?
Who cares? It wasn’t important. What he was thinking, though, was. And it was much more interesting.

Remember: Don’t worry too much in your first draft about what is boring and what is not. Get your story down first. Then start attacking the details. In your rewrites, aim to have NO boring bits. The above were just suggestions of some ways to do this. Look for other ways writers deal with the same problem. Learn by reading!

And your general aim should be:


Cut out the unnecessary;
aim to make the necessary
interesting.