↓
Home Menu ↓
Skip to primary content
Skip to secondary content
Home→Blog→Blog→VICTORIA & ALBERT, I love you…
If you have never been to the V & A, you have missed a treat.
It’s hard to categorise this London museum because it seems to have such a random selection of fabulous stuff, rather like a pirate’s treasure trove of plunder. (Come to think of it, I suppose some of the items were in fact plundered at one stage or another, before they ended up in England…)
For a writer of fantasy with a historical bent, this is the place for…
inspiration…
research…
instilling a sense of wonder…
widening one’s knowledge about a certain period…
getting detail right…
and just plain enjoying oneself!

And so it was that Karen Miller and I ended up spending a day here, looking at things like this:

Cutlery
The knife on the left is engraved with music for a blessing, made in about 1550.
Note the case for the cutlery set on the right. 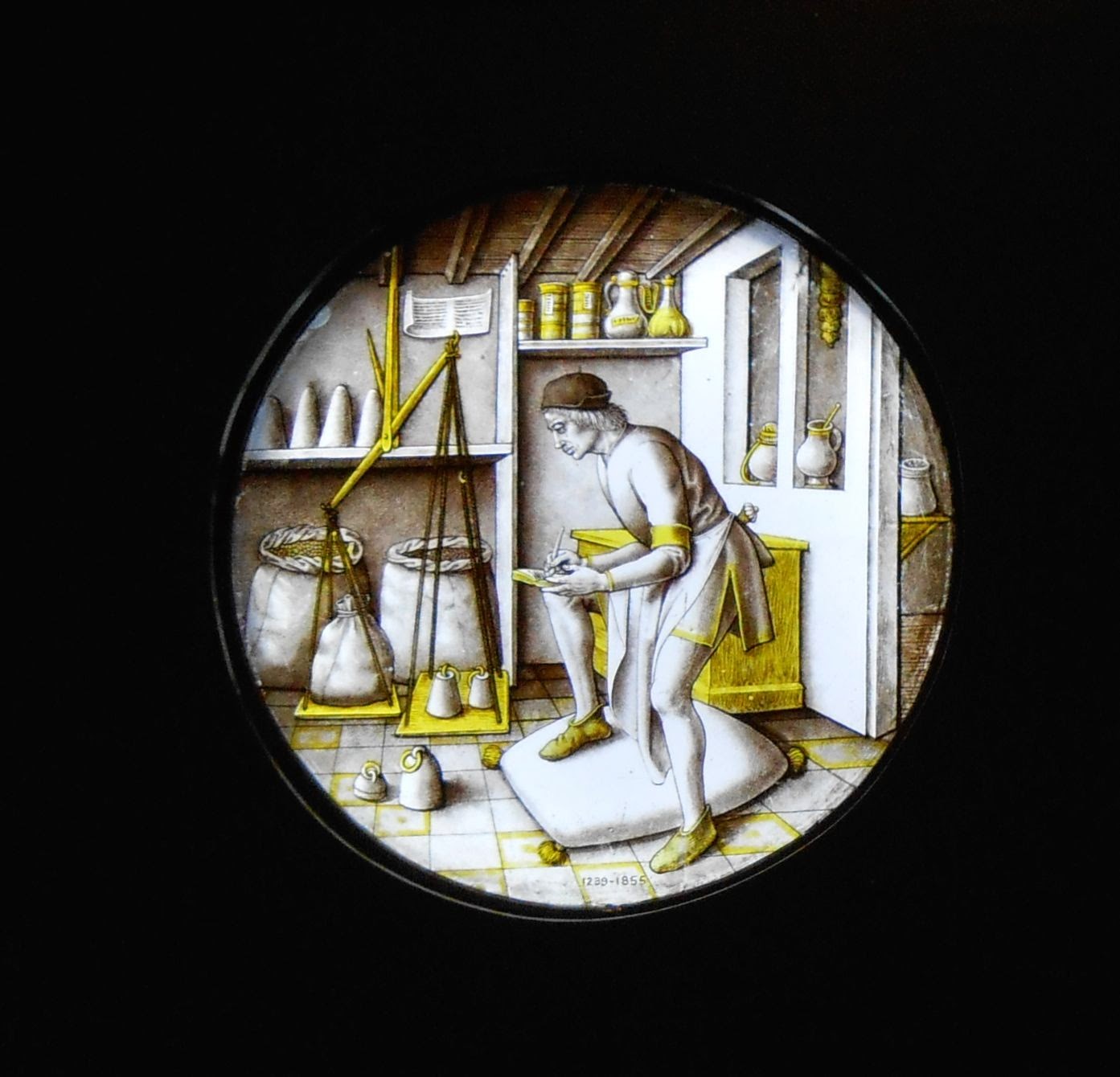 The above is called a  roundel.
It dates from late 15th century Netherlands.
It portrays the life of a merchant as he weighs goods, using a set of standardised weights. If you look closely, it will not only tell you what a merchant of that era might have worn, but you will see the artist was making a cynical commentary about profits…

Writing a battle scene?
How about this — from Southern Germany about 1550.
A horseman’s hammer, for the pounding and tearing of armour, yet it is delicately decorated with silver overlay designed by a Nuremberg printmaker. 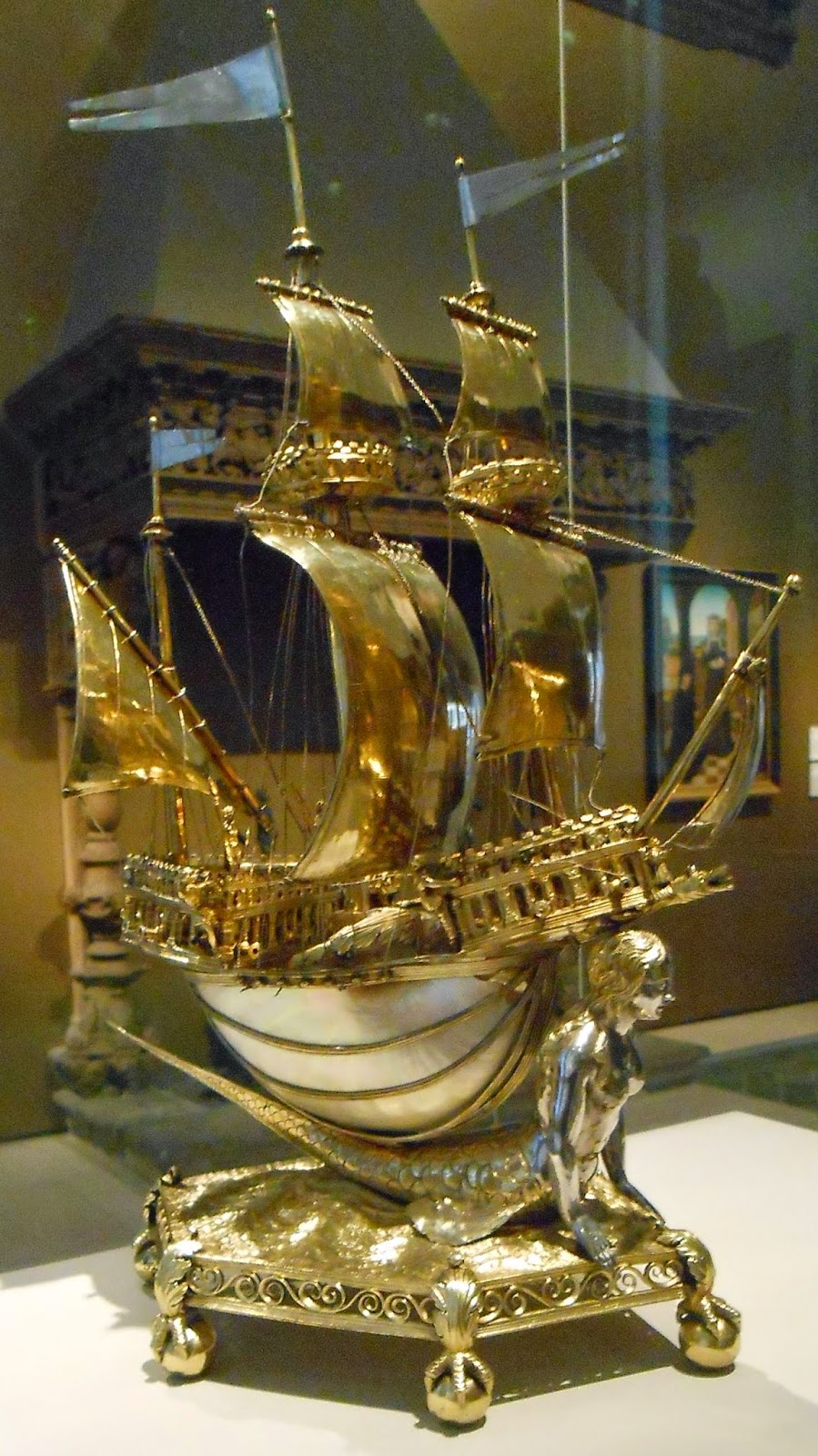 An ornamental ship for pure decoration?
Nope. This is a salt cellar made of a nautilus shell and gilded silver, from France of the mid-16th century.
It would have been placed before the guest of honour, the salt in a small bowl on the ship’s deck. 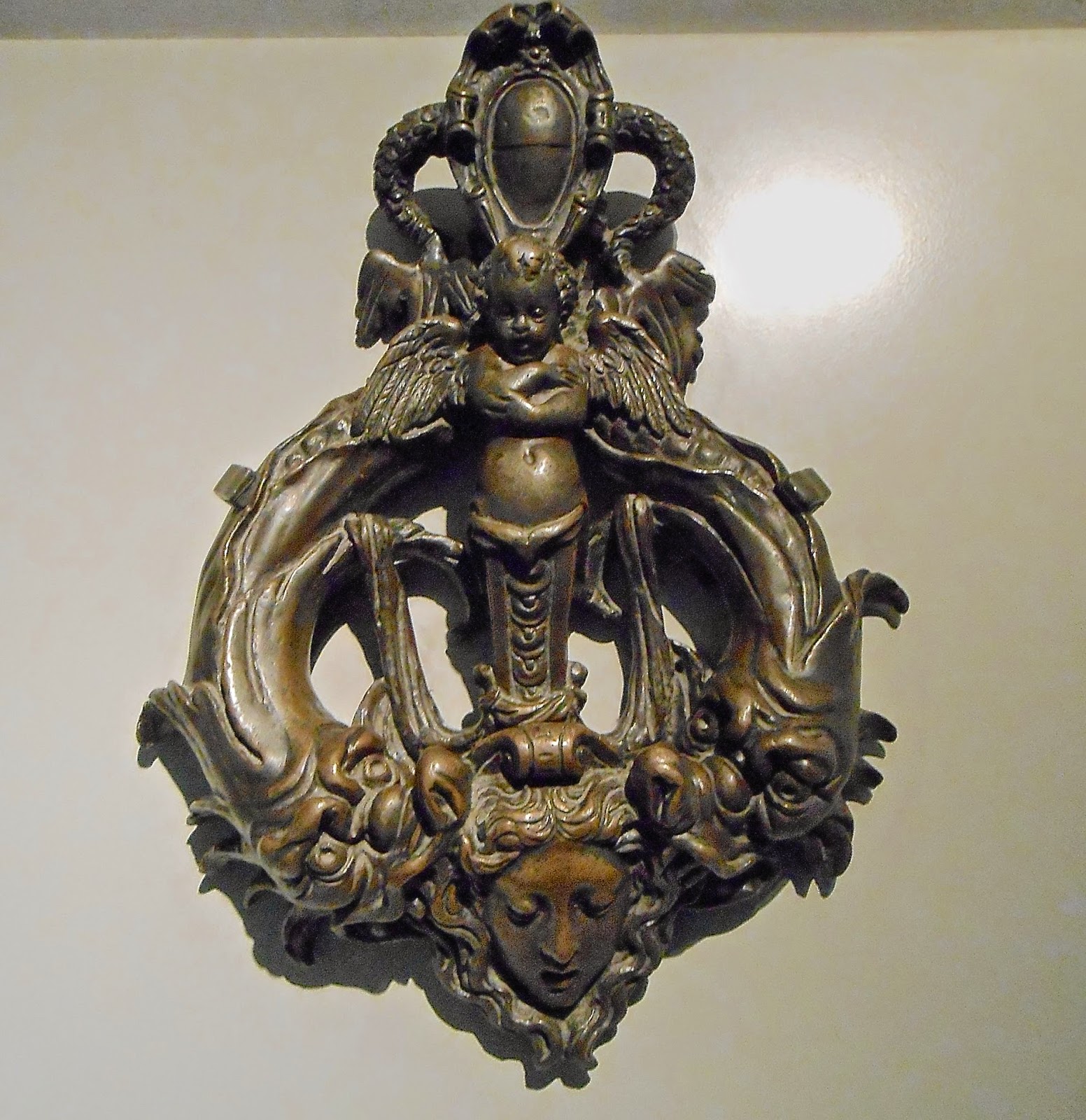 A door knocker from the late 15th Century 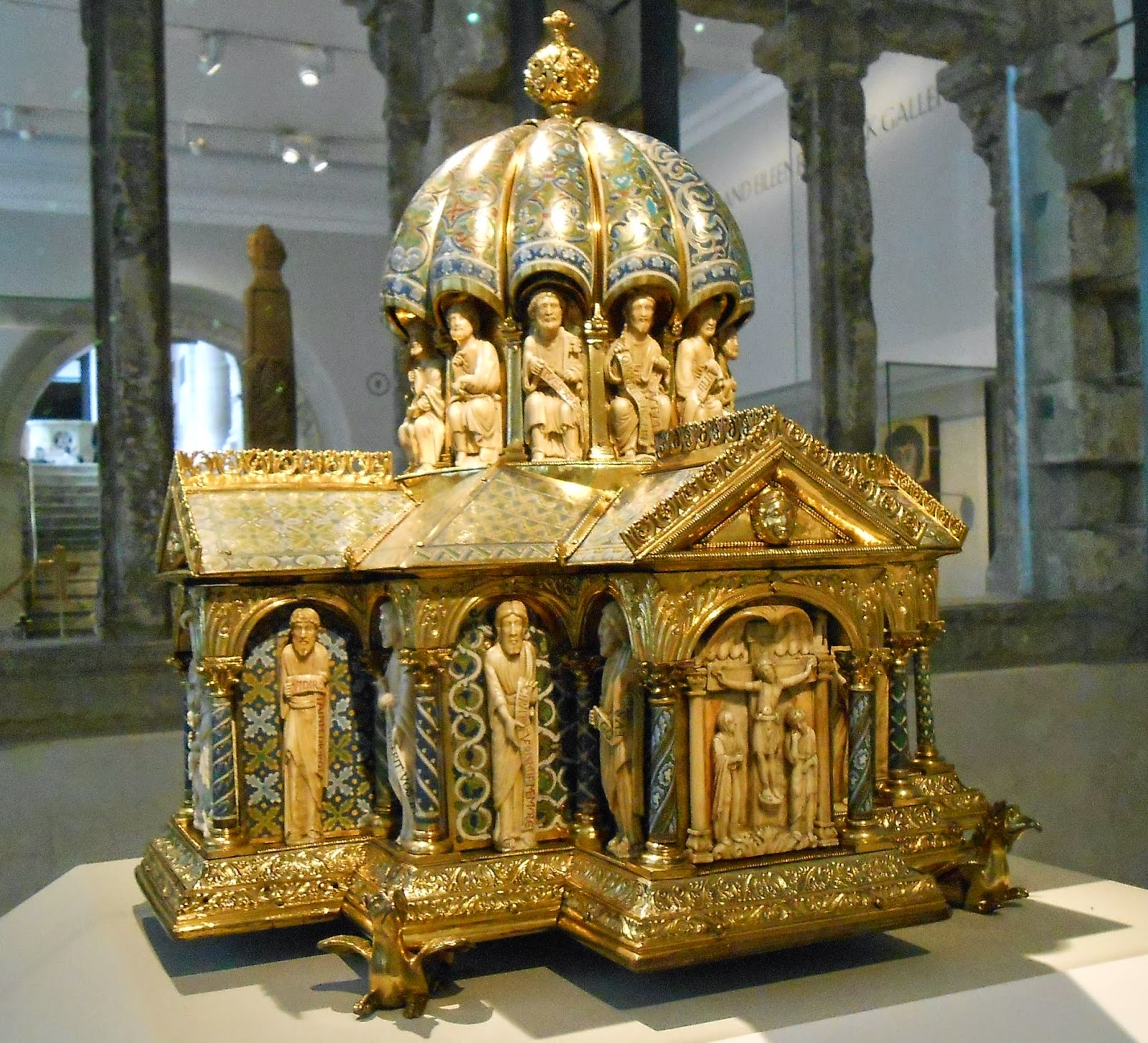 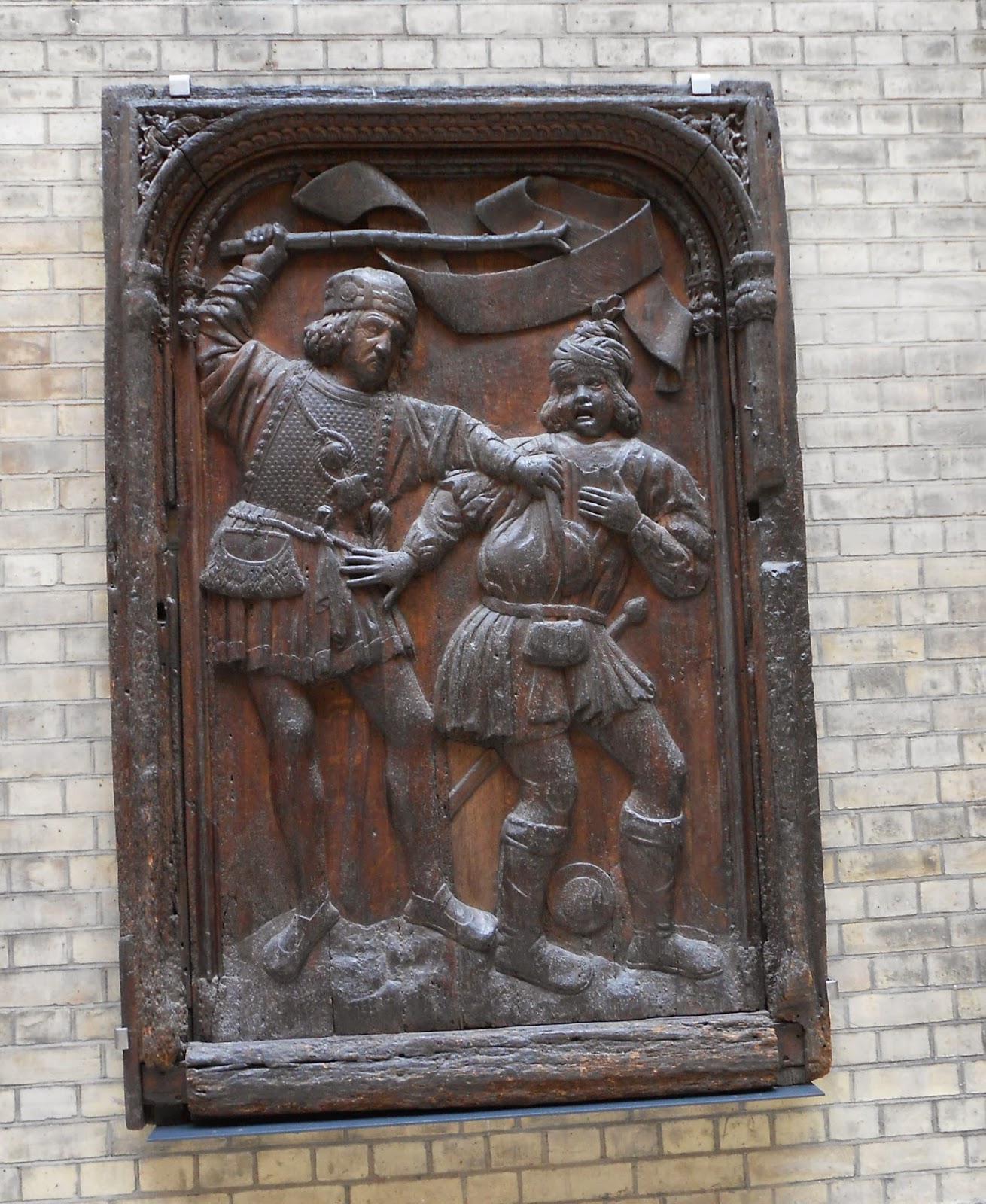 And this, my all time favourite:
a large wooden carving to be hung on an outside wall,
just to show a would-be thief what might happen to him if he dares a burglary.