Thanks to the kindness of Welsh friends from Porthmadog, my Welsh exploration continued — all background and research for another novel, I must admit. I can’t look at Medieval architecture and remains without knowing that one day I have to write a novel set in those times.
(Many people seem to think that fantasy novels are all Medieval. In fact, I have 13 novels already published or underway, and not one of them is set in a landscape belonging to the Middle Ages. However, that will change in the future.) 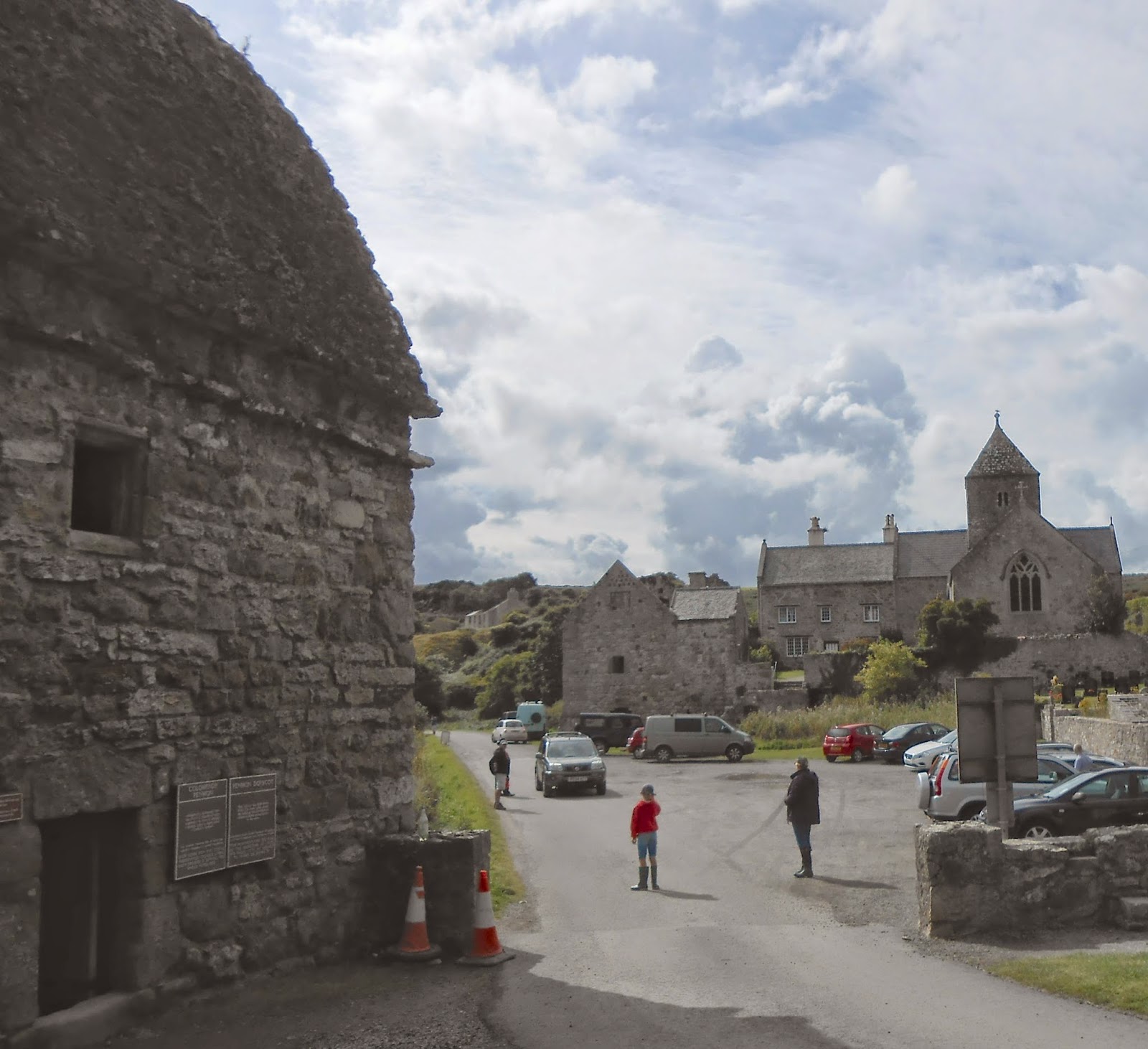 Above: the complex of Penmon Priory
Front left: the Dovecote,
Background left to right: Ruins of the monastery, Prior’s house, Church 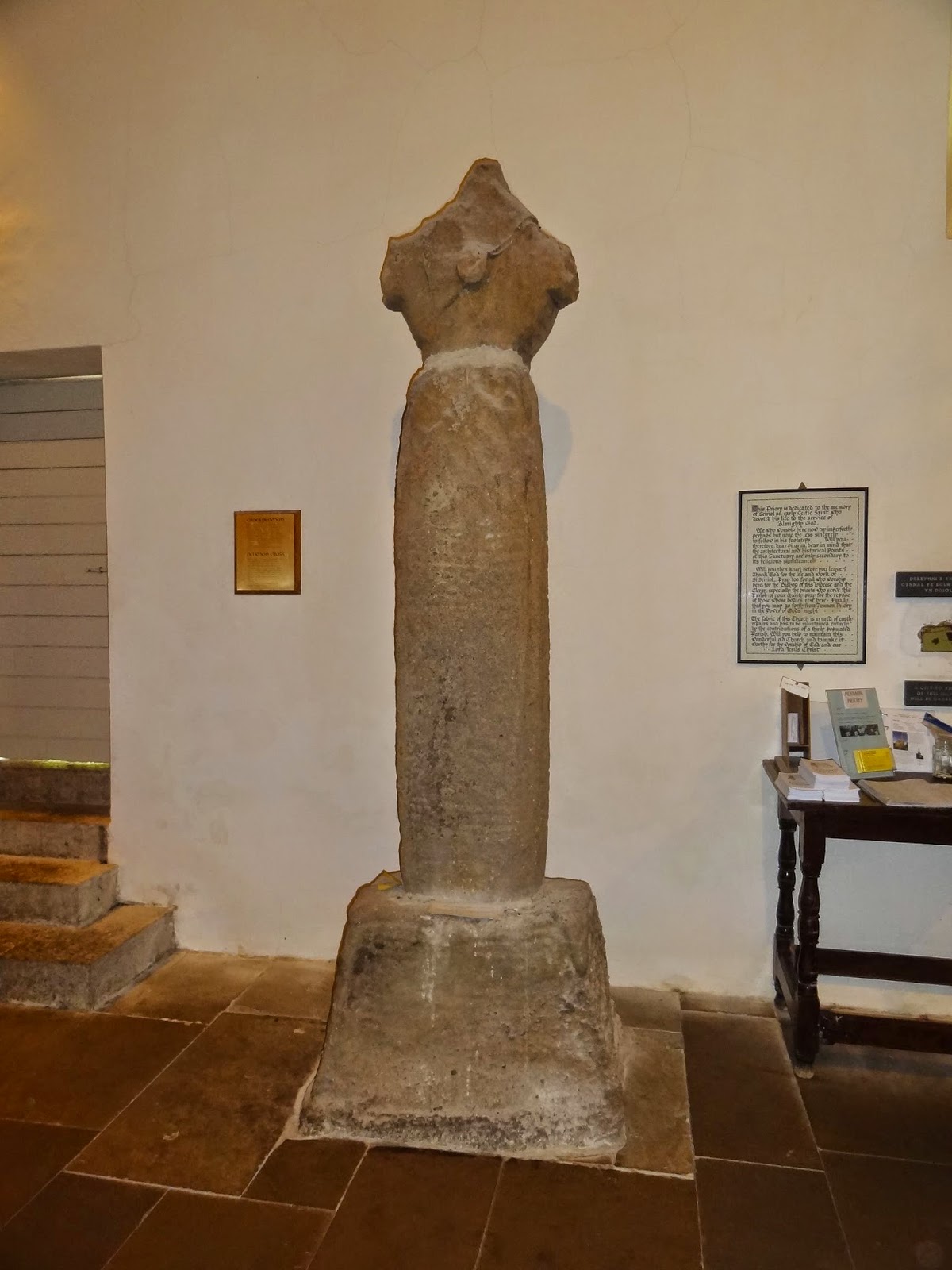 A
6th Century saint, Seiriol, founded a monastery here in Penmon, Anglesey. In the 13th
century it became a priory of the Black Canons, the Augustinians. There
is (of course) a holy well and a hermit’s cell nearby.  The earliest
wooden church was burned by raiding Danes in the 10th century. 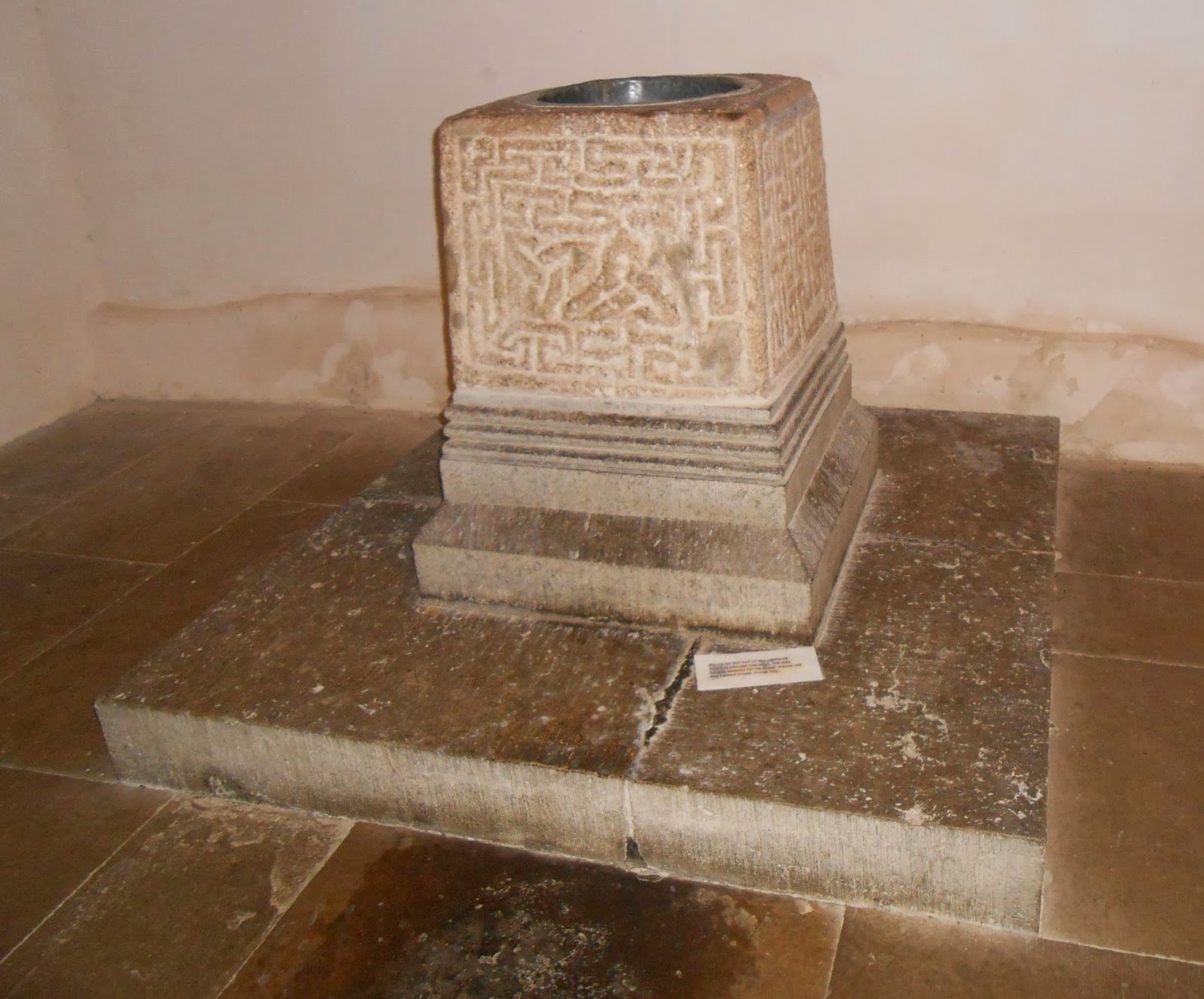 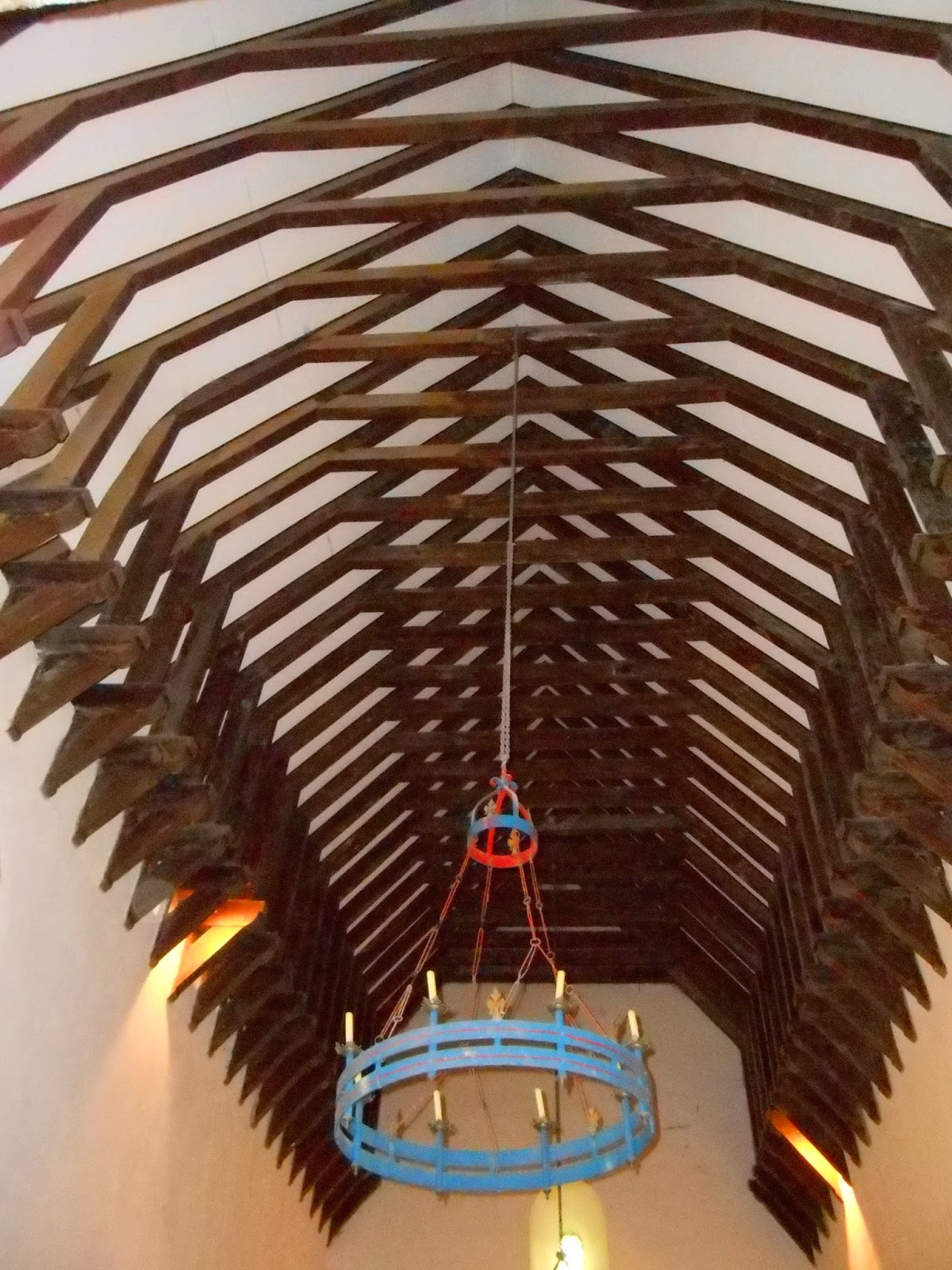 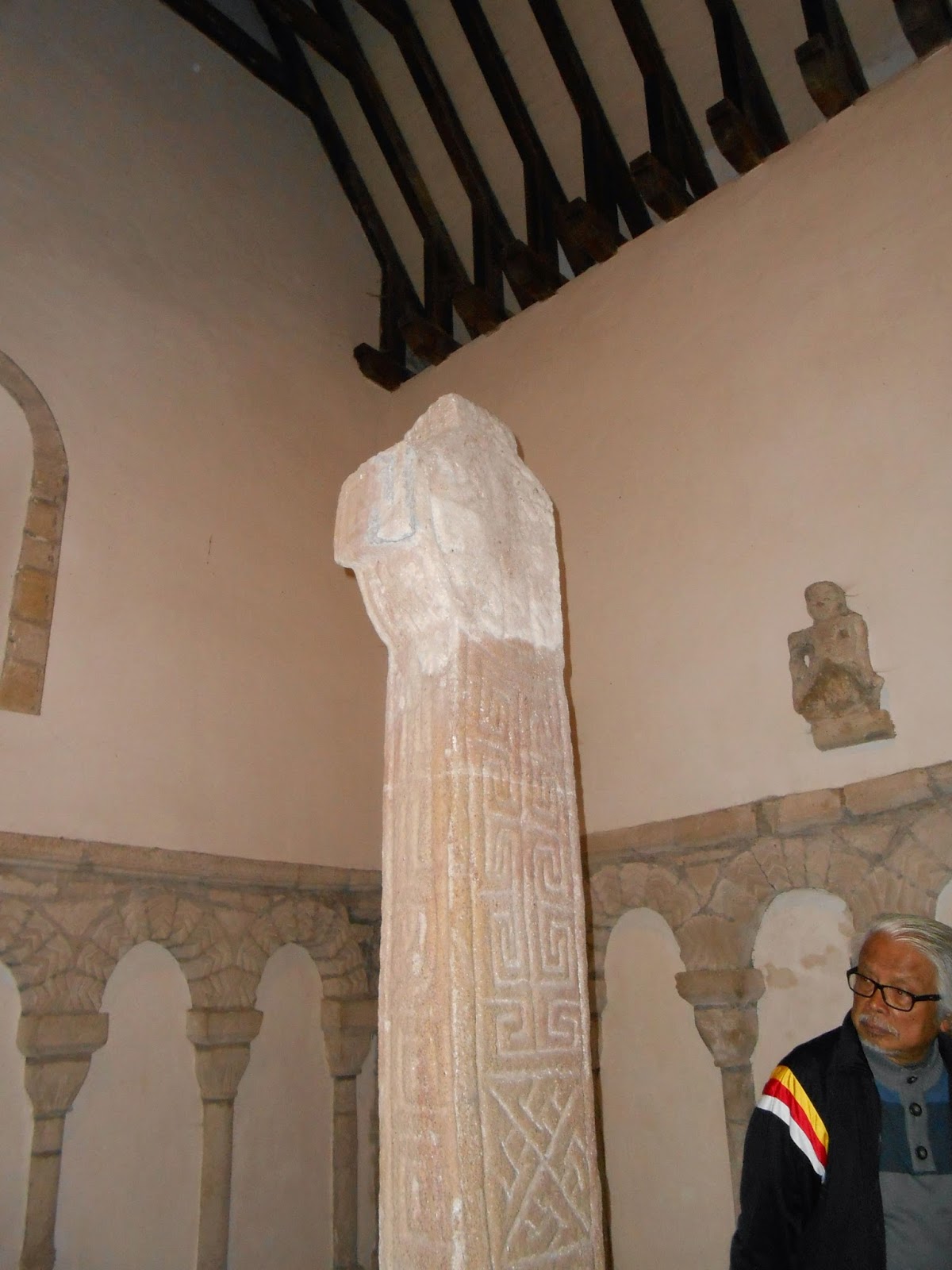 The church has been
extended, but the older part contains some interesting Celtic crosses (predating the church & monastery) from about 1000 CE. One
arm was sawn off for a lintel of a refectory window. The font resides in
the pilfered base of another Celtic cross c1000. Monks were nothing if
not practical! 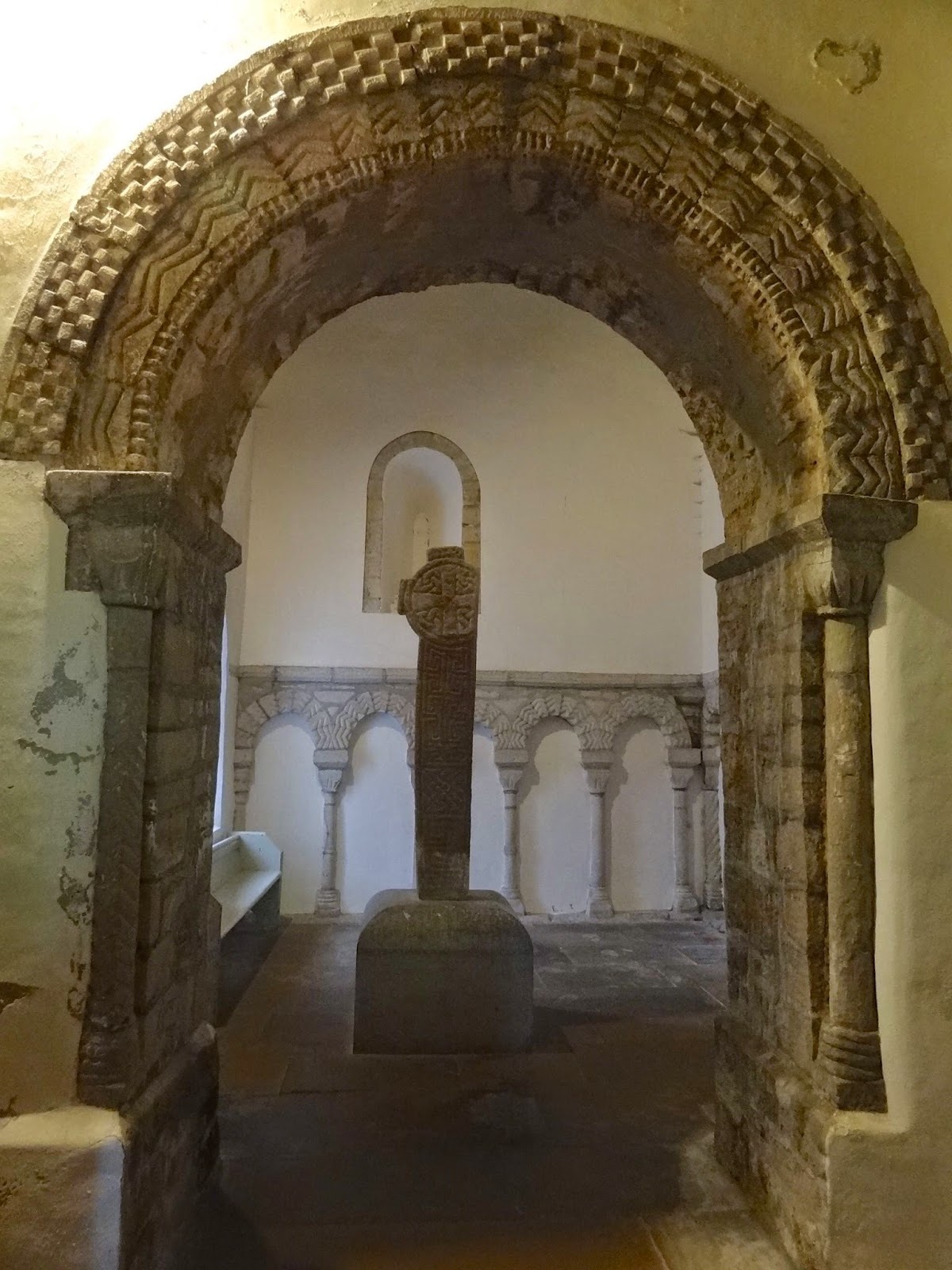 The arches show Norman
influence and the arcading is early twelfth century, and the figures on
the wall above it are interesting. 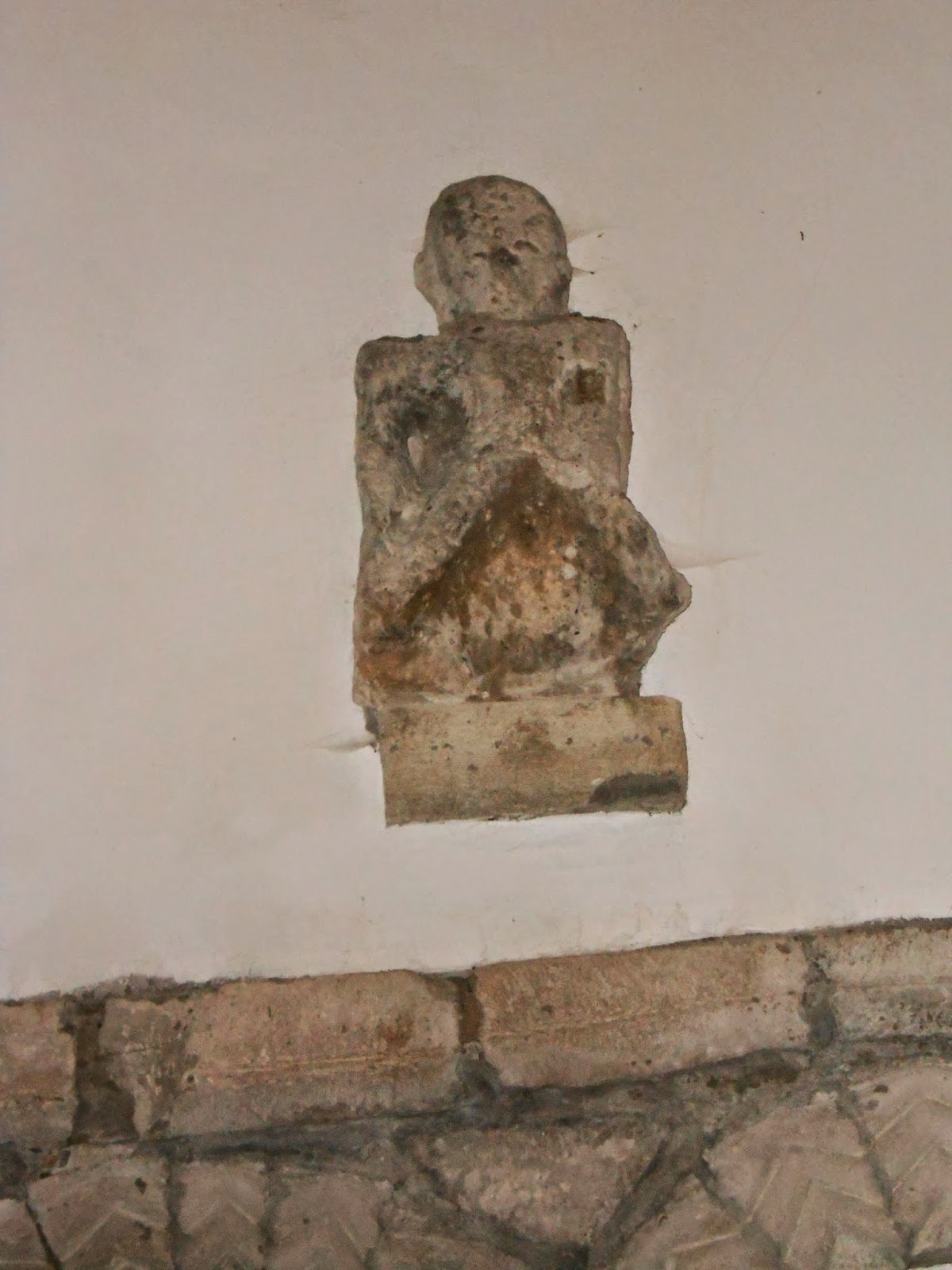 The one above is shiela-na-gig, a
woman exposing herself (so says the blurb on the leaflet…) and why that
should be considered appropriate for a church transept is a mystery to
me. (When I was growing up, ‘shiela’ was a common word for ‘woman’ in
Australia — not exactly respectful but not exactly derogatory either.) 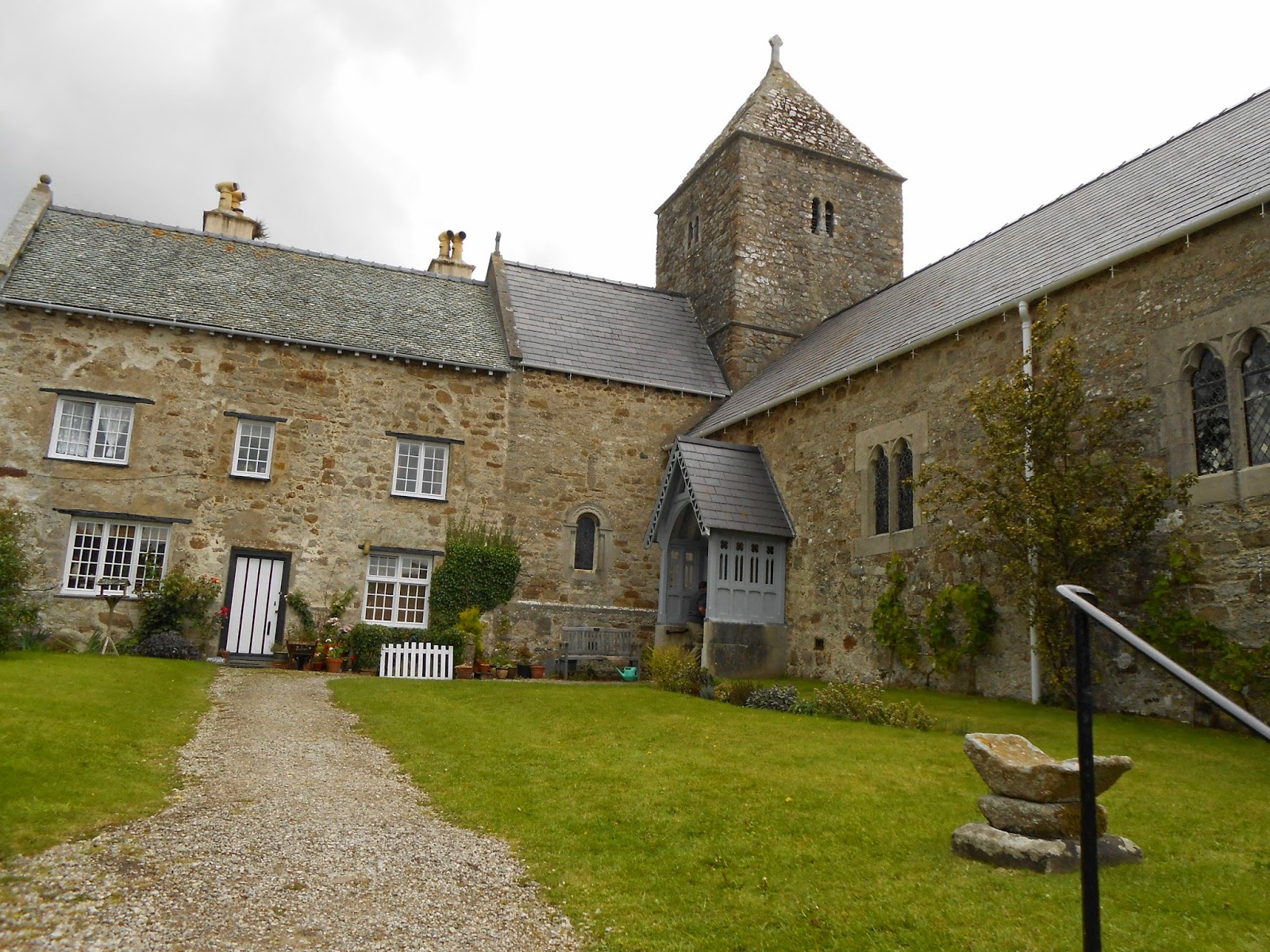 The property was taken
over by a private family in 1536 (I would guess someone friendly with
Henry VIII and other royals) who then built a dovecote and walled an
immense area as their own private deer park. Doubtless that particular
family thought the dissolution ot the monasteries was a fabulous idea.

The Prior’s house above on the left is now a private residence. The monastery, also adjoining, (not in the photo), now a ruin. 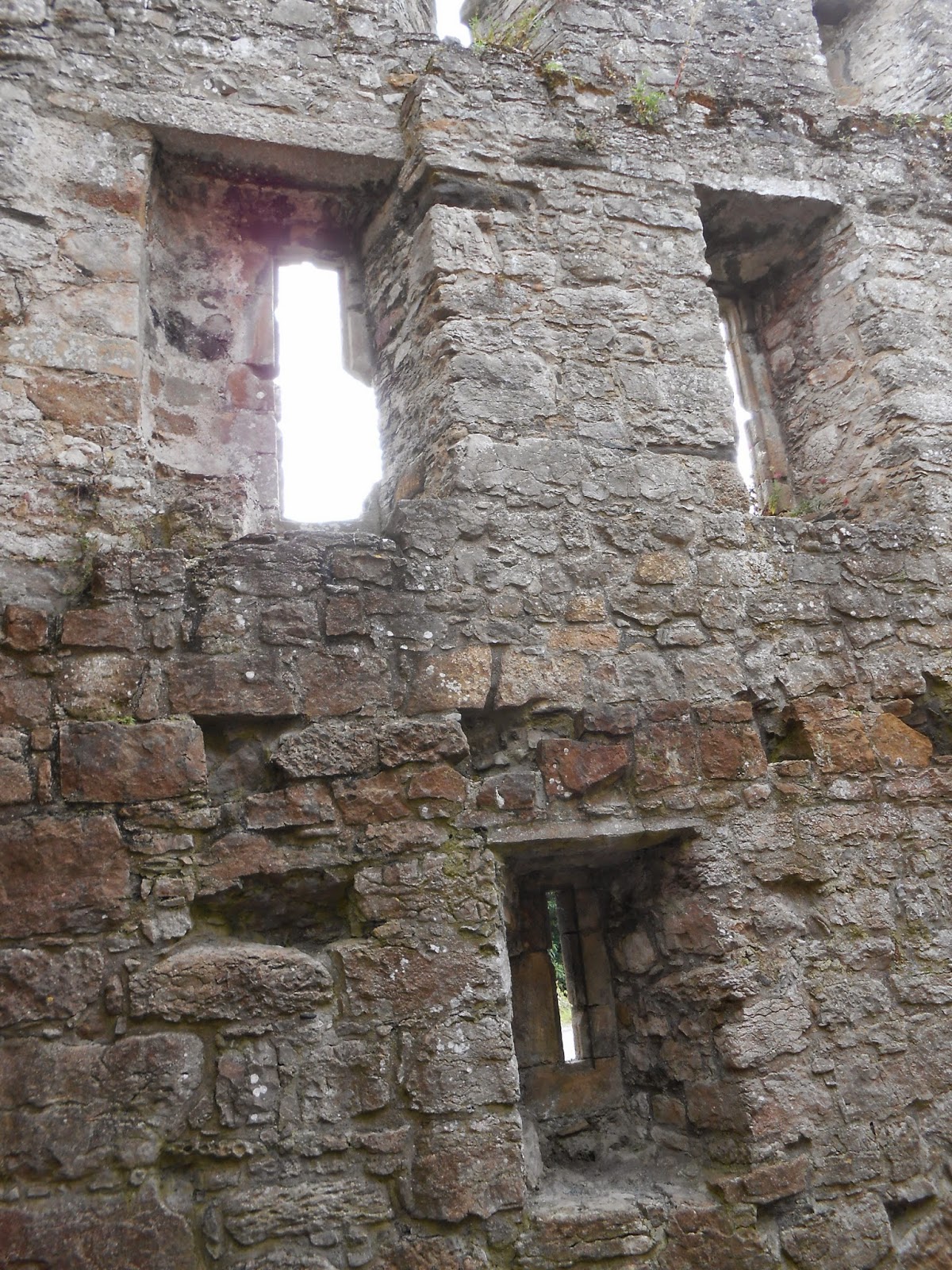 The photo above is from the refectory, the floor now missing, and
the window on the left has steps leading up to a seat, where a canon
would have read holy texts to the monks while they were having their
meals (no red meat, being Augustinians, but they did have a fishpond…)

The gem of the complex,
though is the dovecote (above), built in 1600. The birds — free flying — would
have entered through the top cupola of the corbelled roof, and then
nested in the holes in the interior wall. 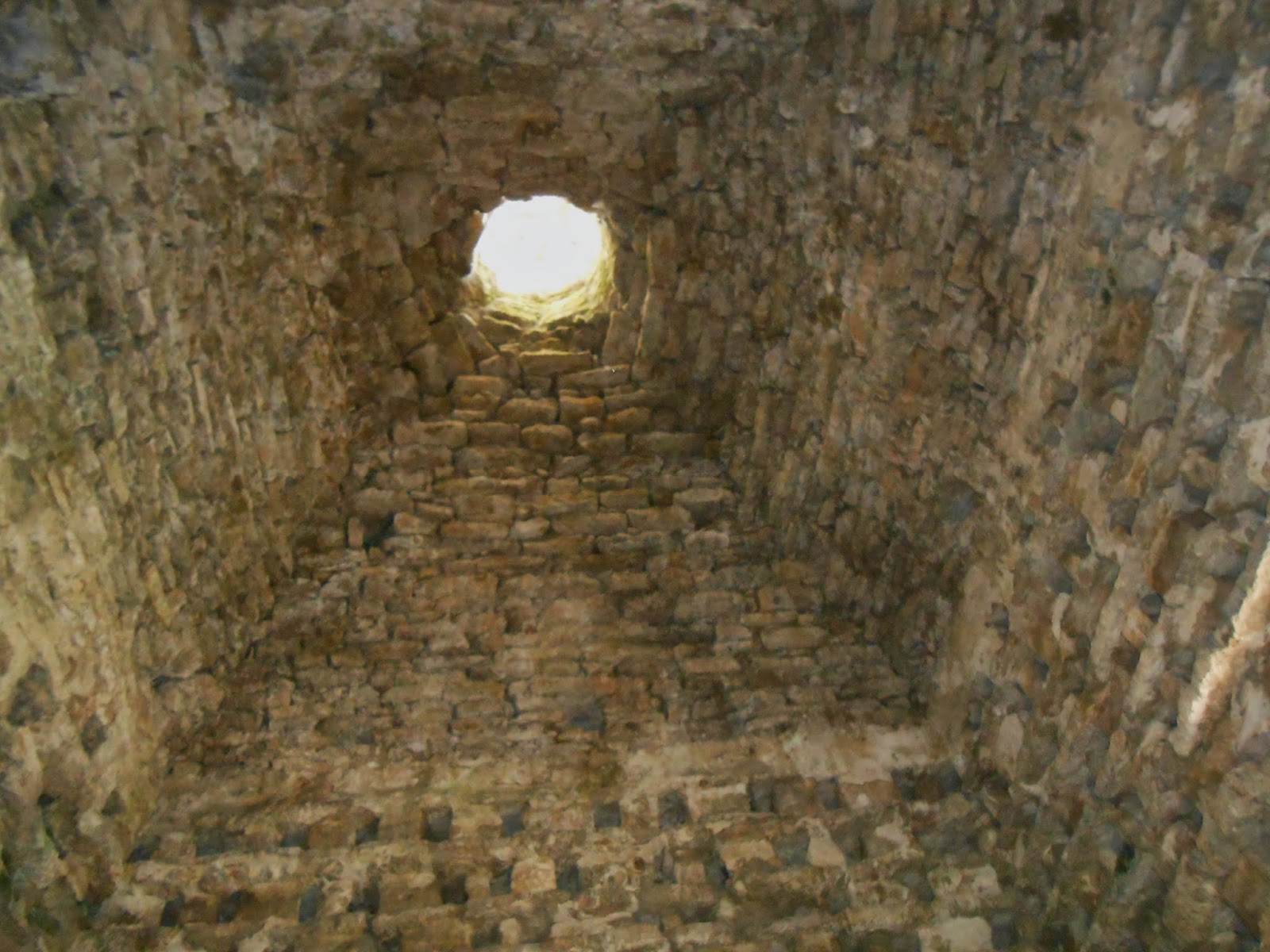 The central brick structure inside (below) is
a mystery, possibly some sort of aid to support ladders, which were
needed to reach the uppermost nests. There are 930 nesting holes.
(Cleaning the dovecote would have been a nightmare.) 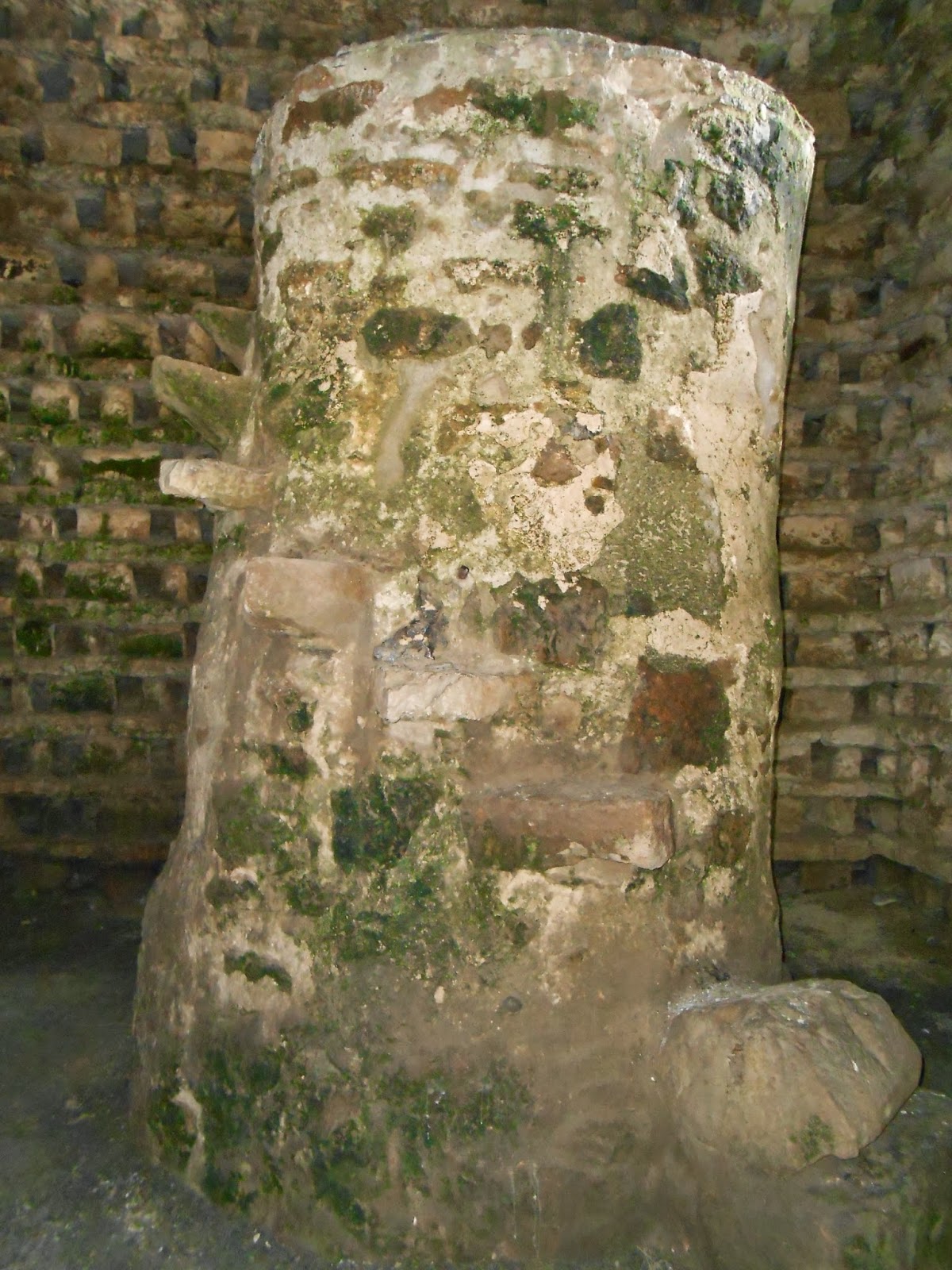 The doves
would have supplied eggs, but also poults — the fledglings. Pigeon pie
would not have been made from adult birds (flying develops muscles and
birds therefore are usually tough eating) but from birds not yet old
enough to leave the nest. 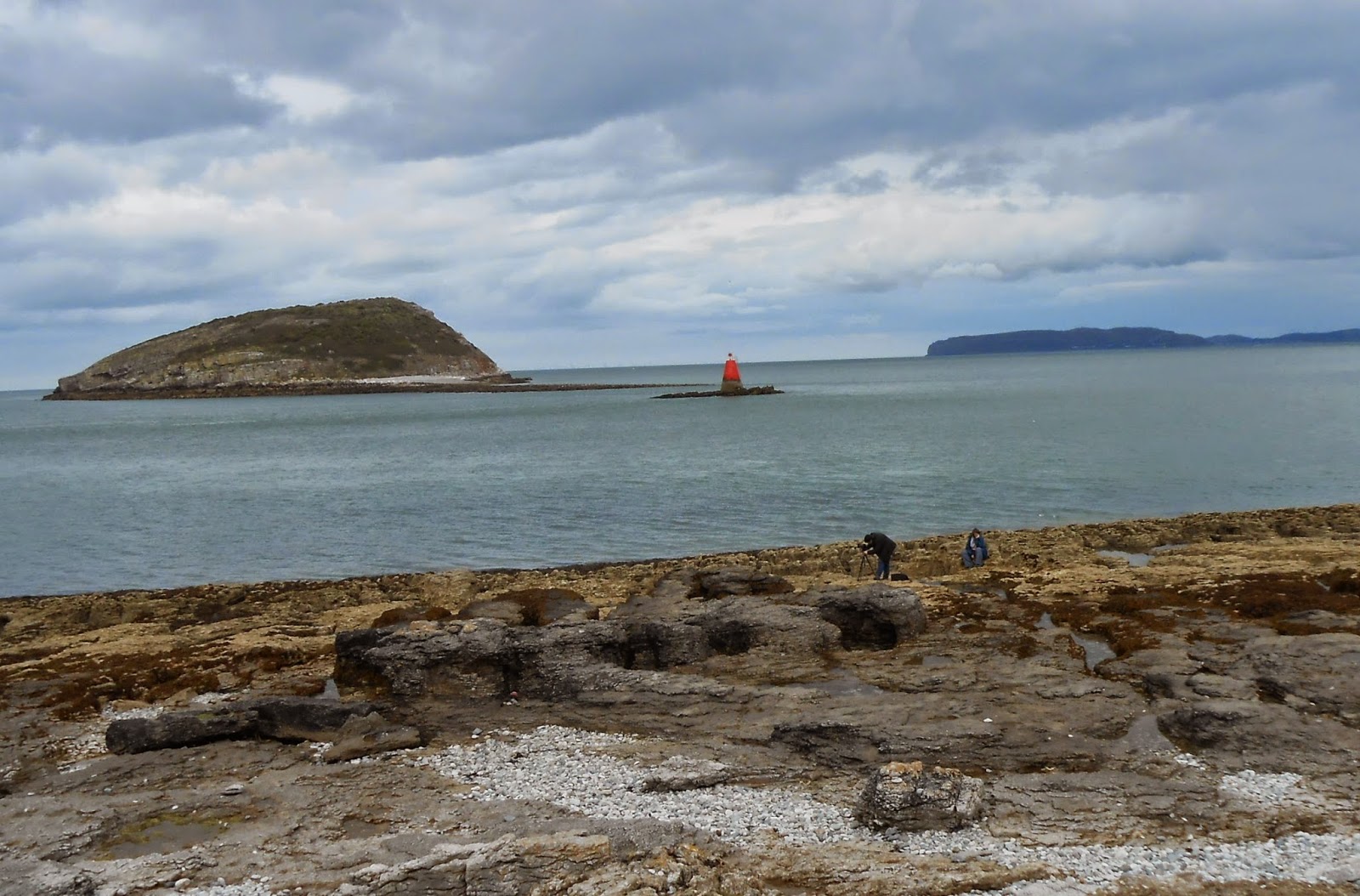 Puffin Island (above) is where St Seiriol died, a hermit. I’m not sure why being a hermit was regarded as saintly; to me he was probably another selfish old man, more interested in his own afterlife than in helping living people. Either that, or he was mentally ill. Anyway, Serriol’s remains are now buried under the altar of the modern part of the church. He is supposed to have made a point of always walking with his back to the sun — earning him the name Seiriol the Pale — so he was certainly eccentric. 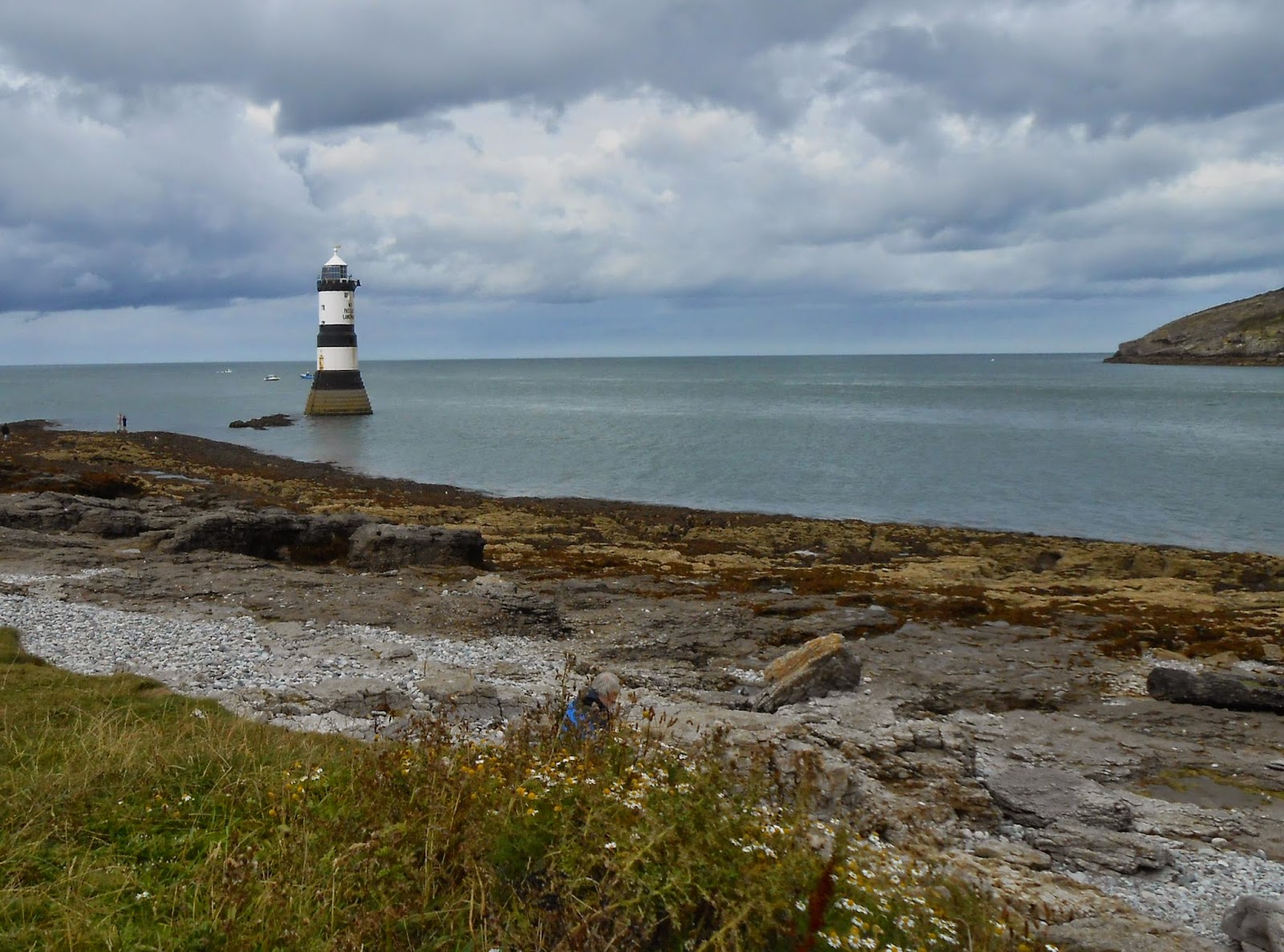