Beginning as a henge (14 upright stones surrounded by a bank and a ditch), it was later deliberately covered and turned into burial chamber. The theory postulated is that this was done by people with differing beliefs to the first lot. (Yep, maybe rival religious cults is nothing new…) 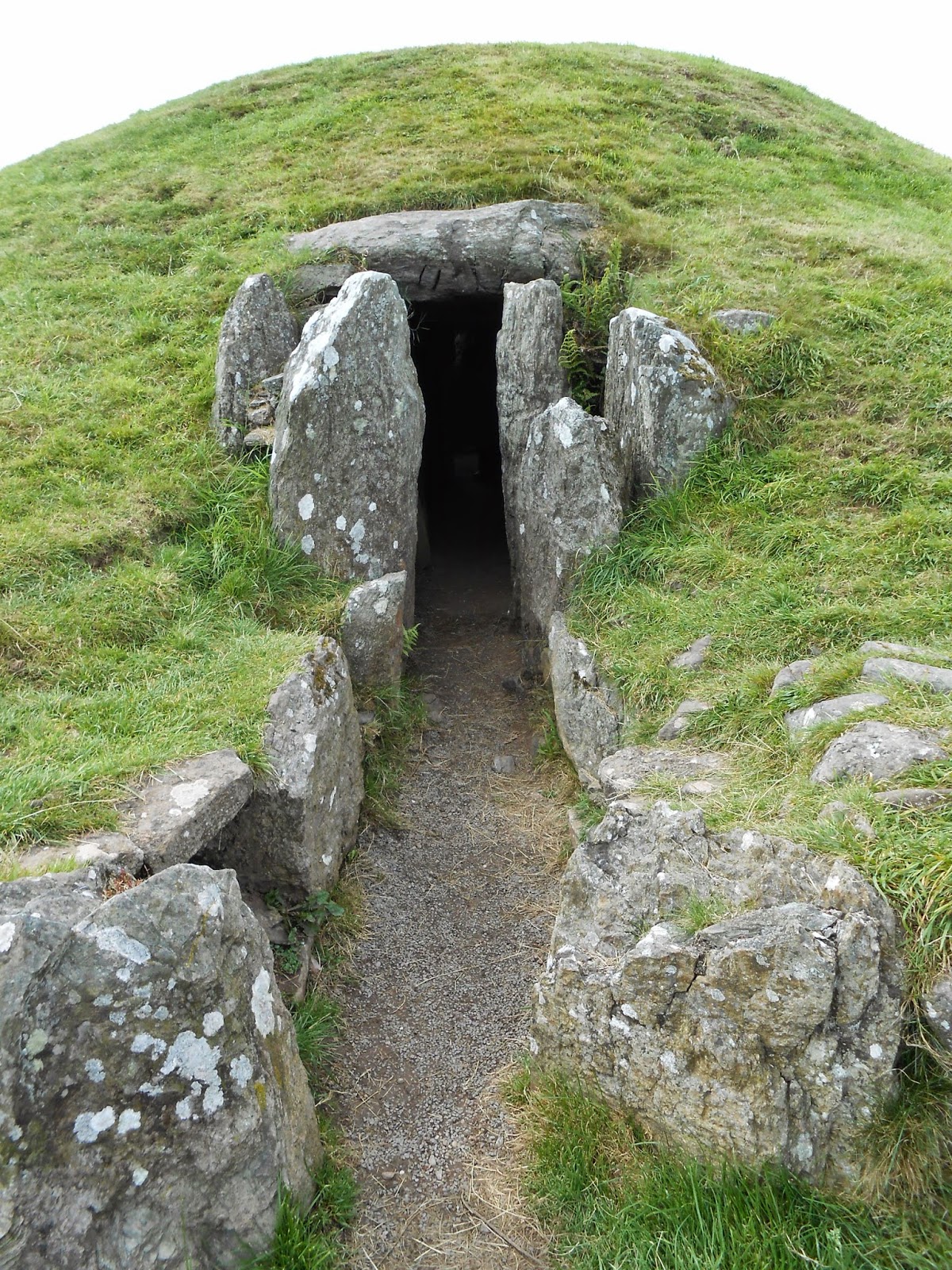 The grave entrance is flanked by portal stones leading into a stone passage and a chamber where stone slabs supported two giant capstones.
Inside this chamber is a standing stone, which is rather unusual. 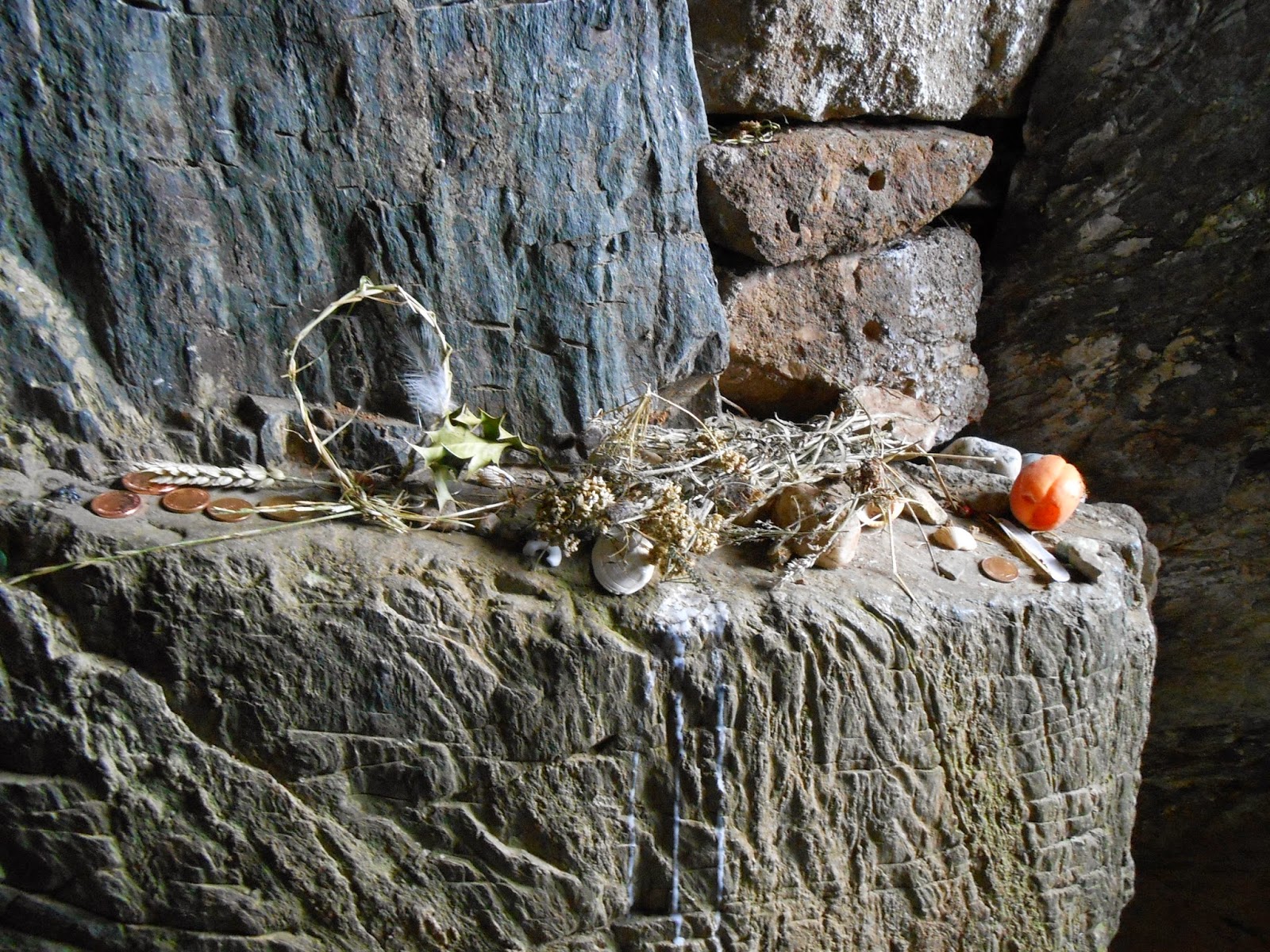 Visitors have left offerings: coins, weavings of vegetations, flowers, fruit. My husband contributed a coin in remembrance of a loved family member, whose death had just occurred.
The original mound was larger, and after
burial was apparently sealed. It was, after all, for burials. At some
stage, an ox was buried in a chamber outside the entrance, possibly all part of rituals conducted there.