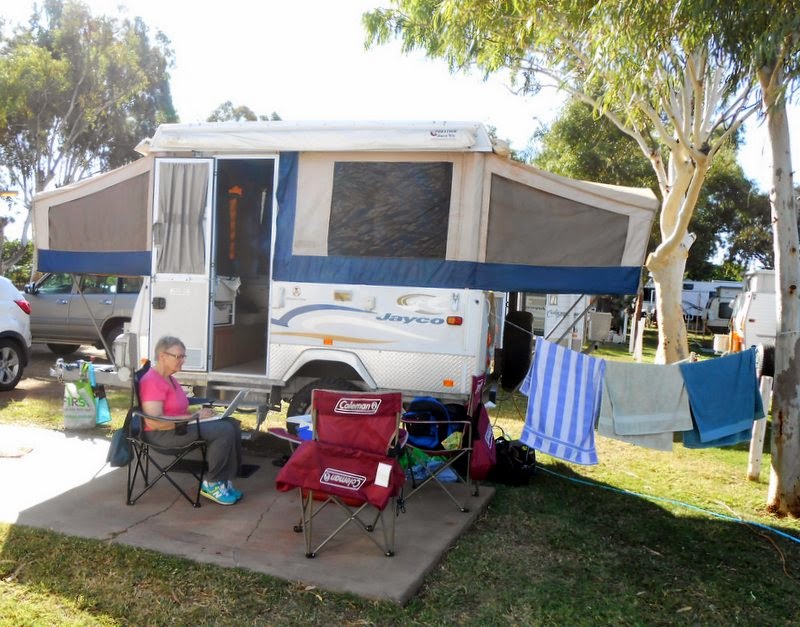 Yesterday my post showed our modest rig on the road. This is what it looked like at one of our numerous stopovers.
The beds are pulled out at either end. And yes, this
time I really am doing that copyedit… 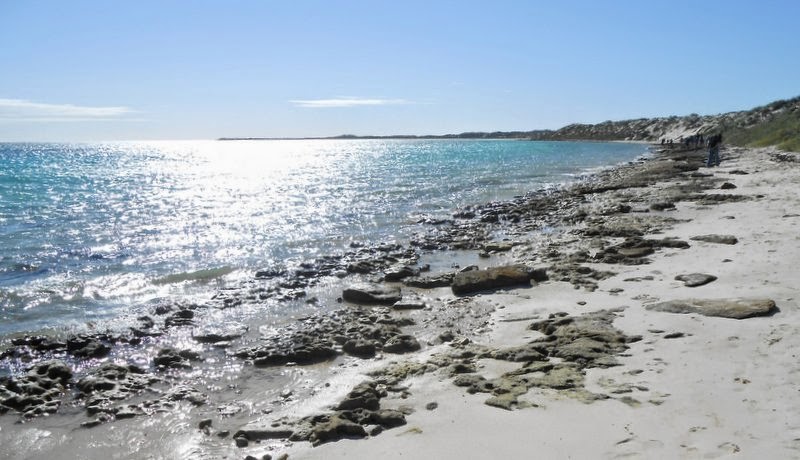 Coral Bay is a pretty place — mostly camping sites and caravan parks! — and a dreamy coastline which is all part of the Ningaloo Coast World Heritage Area.

The snorkelling is supposed to be pretty good, but the wind made it rather unsettled while we were there. 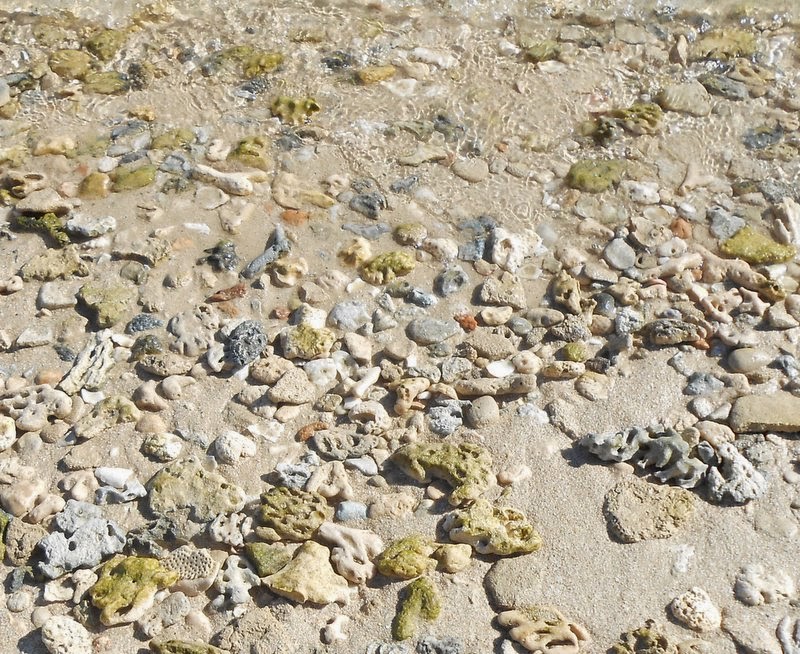 Still, I love just walking a long the beach and seeing what’s to be found. 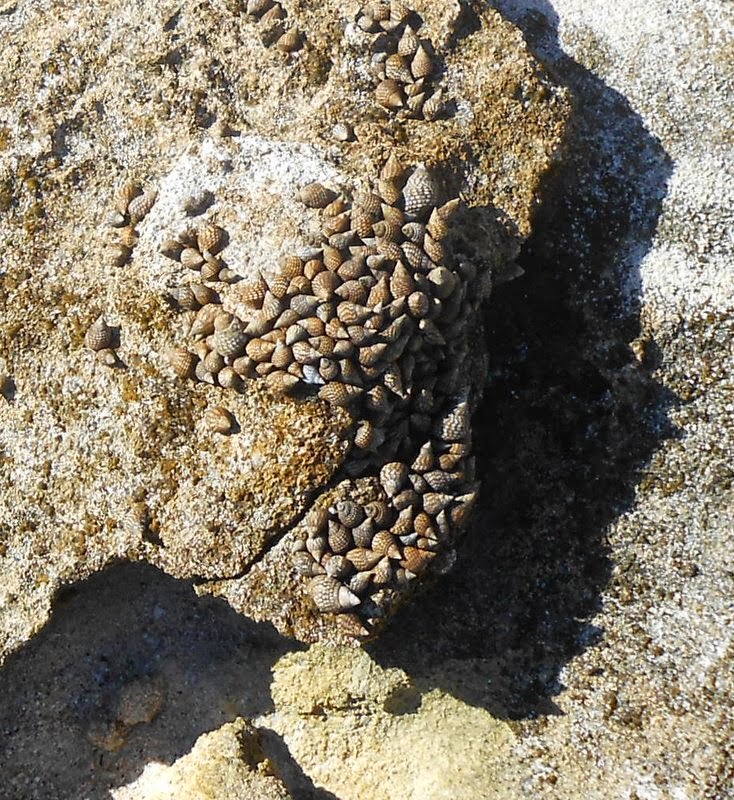 Or the variety of seashells, limpets, periwinkles, oysters and such. And by the way, it is no longer considered proper to remove anything from a beach, anywhere — not just within national parks, even empty shells or stones. 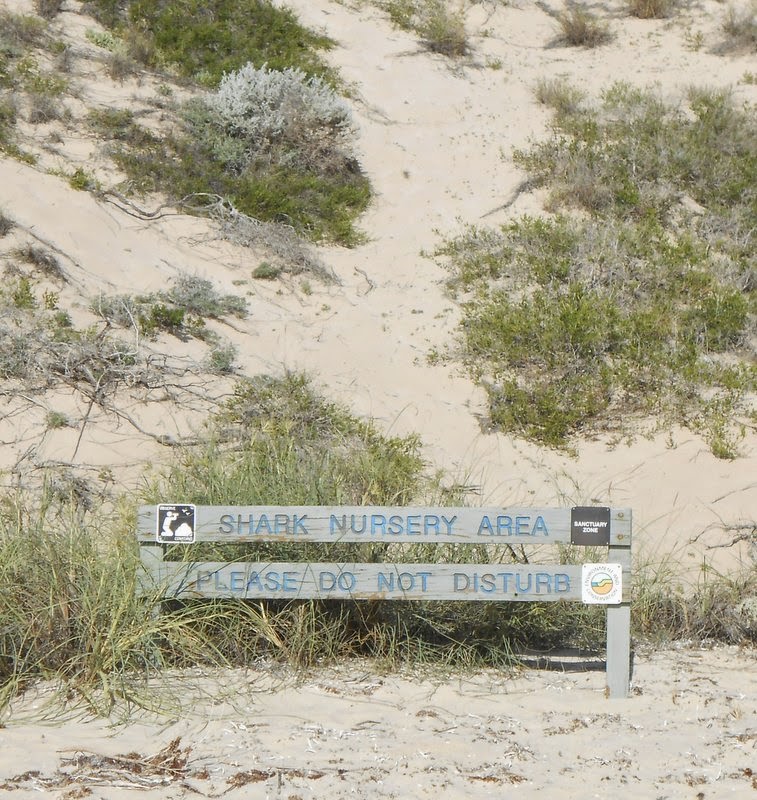 This notice tickled my fancy…

Of course, it was talking about the sanctuary for reef sharks in the sea, not on the sand dunes where the sign was. Black-tipped, white-tipped and grey reef sharks can be sighted here at certain times of the year.

And no, I wouldn’t want to disturb them. 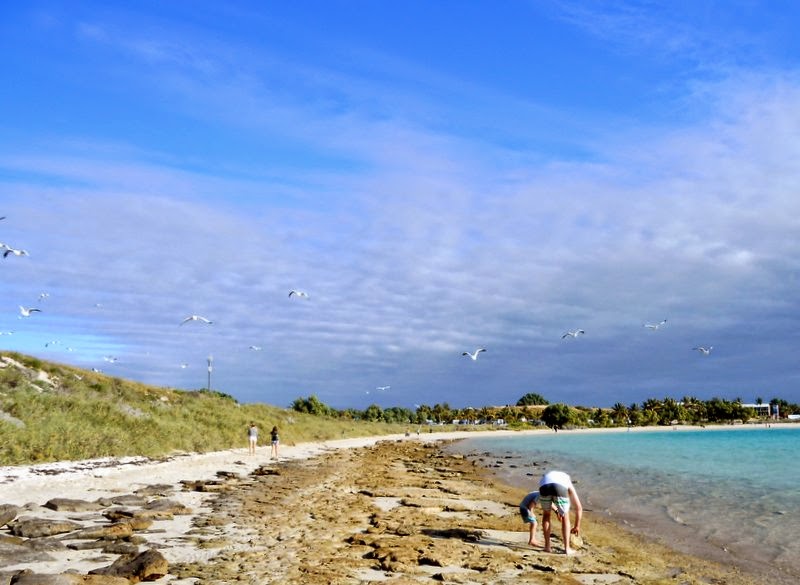 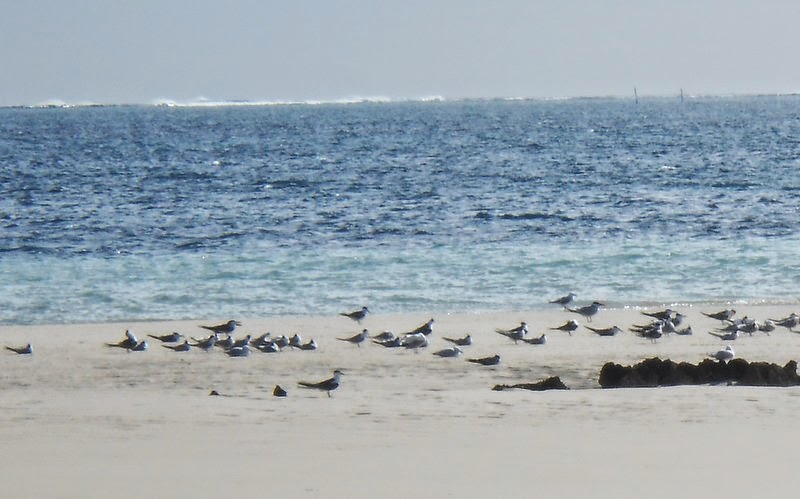 And birds. These were Crested Terns, the huge Caspian Terns and the ubiquitous Silver Gulls.

The interesting thing about the photo though is that long line of white in the distance. That’s the rough swell rolling in from Africa to crash against the offshore reefs. The graveyard of many ships. 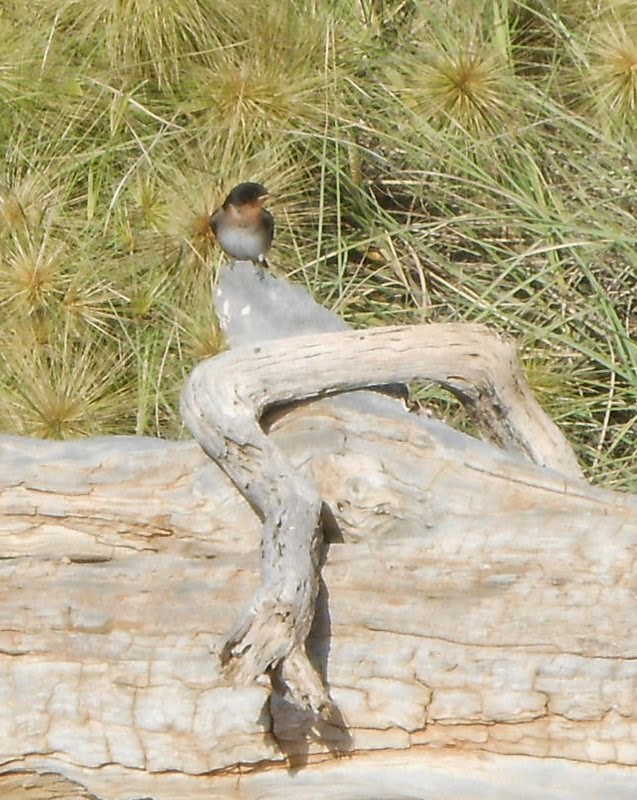 Of course, I was doing my share of birding. I stopped to snap a couple of young Welcome Swallows
on a log on the beach, only to realise they were being fed by Mum &
Dad. I then attempted to catch the feeding in the act, only to find that
the adults fed the young in flight. That is they flew past
shoving the food down the gullet of the young in passing, so to speak.
Remarkable dexterity. One of the youngsters then decided that was fun
and started flying so he or she could be fed while in flight as well. 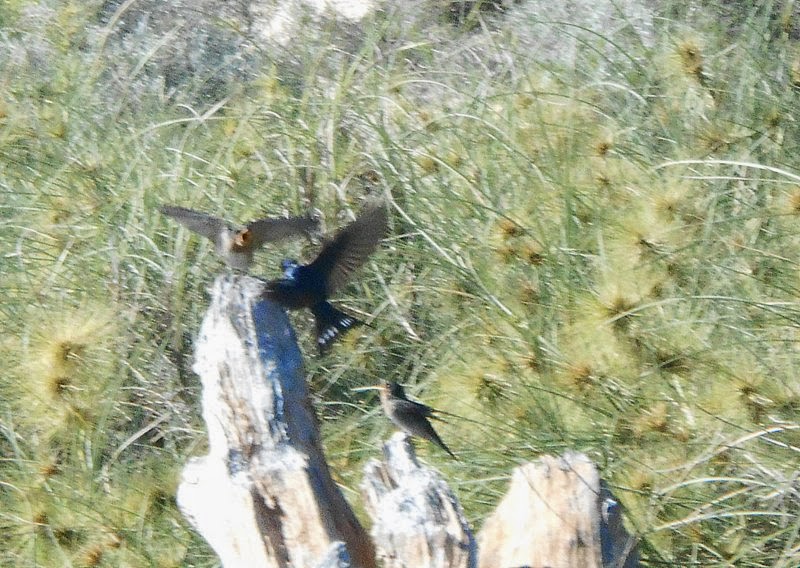 Young above and below — note the open beak of the top youngster!

The grass is Beach Spinifex.