↓
Home Menu ↓
Skip to primary content
Skip to secondary content
Home→Blog→Life after publication→Writing in the tradition of….

Yesterday I was preparing material for a total revamp of my website, and as I ran through a slew of past reviews, I was amazed to see how many compared aspects of my writing to other writers, all much better known. An embarrassment of riches, in fact.

I remember the very first time this happened. Not a reviewer, but the editor of a sff imprint in the UK who read a couple of my books and turned them down, told my agent my writing reminded her of Sherri Tepper. Being a lover of much of Ms Tepper’s work (although as far as I know, not a copycat!), I thought that was an enormous compliment. But note—I was rejected.

So I learned a lesson: one should take such compliments as pretty meaningless.

My second lesson down that road was when the editor of my first book compared me, in a press release I think, to Ursula LeGuin. A reviewer then shot back—quite rightly too—with something along the lines of, “Hey this is an enjoyable book, but LeGuin? You’ve got to be kidding!” Which was nicely deflating to any pretensions my ego might have considered developing. 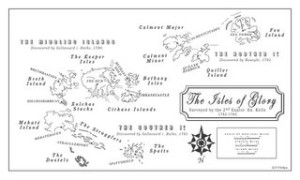 Oddly enough, two other reviewers have mentioned my work in the same breath as LeGuin, but I think that was simply because my first trilogy was set in an archipelago. So there you are, if you want to be compared to the master of fantasy writing, use a string of islands as a setting!

Another author I seem to bring to mind (3 reviews) is Lois McMaster Bujold. That is apparently because of my strong female characters. Stephen Donaldson has cropped up twice, once from that that same first editor (a really over-optimistic fellow, I think), and the second comparing the emotional torture I subjected my hero to as being something Donaldson would be proud of. I liked that comparison, I must admit.

Other writers who have been mentioned are Mercedes Lackey (strong heroines again), and (one I just love) my books being ‘written with self-assurance, insight and guts – much tradition of Robin Hobb, Carol Berg and even Elizabeth Moon.’ (If ever I meet the gentleman who wrote that, I shall buy him dinner at the very least.)

Now if only all that was true. I suspect, though, that I just write like me.

What I am looking forward to is the day that someone says, “New author Aloysius Muddlesworthy has written a book in the tradition of Glenda Larke…”

Then I will know that I have really made it!!