I’ve been staying in Venice. Venice, Los Angeles, the area between Santa Monica and Marina del Ray on the Pacific coast. And this Venice actually does have canals as well as a beach. The whole area was once a marshy wasteland, until a man named Abbot Kinney came to live in Santa Monica in 1886. He was a developer and a conservationist, and one of main streets in Venice, near where my daughter is staying, is called Abbot Kinney.

By mid-January 1906, an area was built along the edge of the Grand
Lagoon patterned after the amusement thoroughfares of the great 19th and
20th century expositions. It featured foreign exhibits, amusements, and
freak shows. Trolley service was available from Downtown Los Angeles
and nearby Santa Monica. Visitors were dazzled by the system of canals complete with gondalas and gondoliers brought in from Venice, Italy. 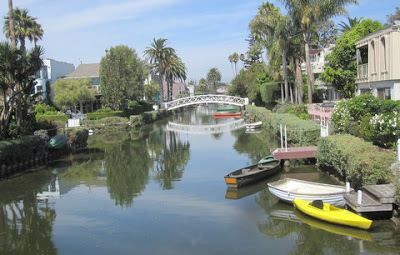 The area eventually went downhill, many of the canals were paved over. In the 1990s the canals were cleaned up and now it’s an area for people with a lot of money. And me? Well, I’ve enjoyed going there birdwatching in the mornings. there are always hummingbirds hovering over the water, or sucking nectar from the flowers… 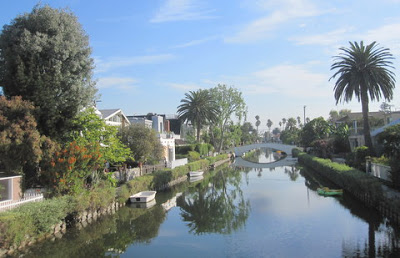 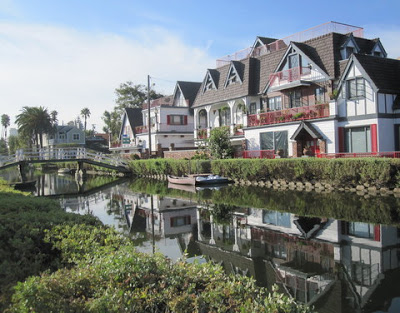 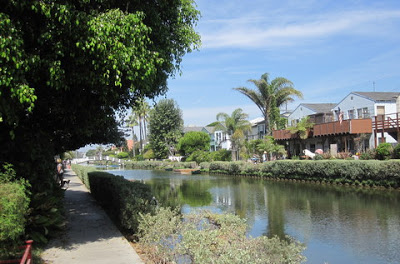 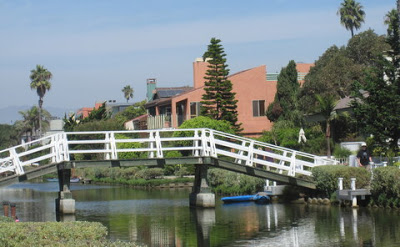 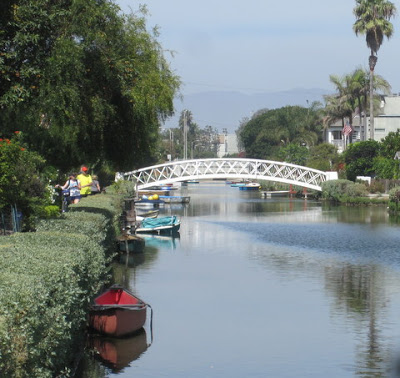 Frankly, I never knew it existed. Given the lack of greenery generally around Los Angeles, this place is a lovely oasis… The canals are tidal.