When I was twelve, I went on a holiday with my parents. It was, I think, the last holiday I ever took with both of them. We travelled as far as north of Carnarvan, camping out, to Quobba Station, to see the blowholes there. There were no facilities much up there then — it was in the 1950s after all!

Somehow or other we received a message — I can no longer recall just how — that my sister was seriously ill with the Hong Kong flu. We rushed back, the holiday curtailed.  My sister recovered (many didn’t) and it seems fitting that she should be with me when I returned last month to The Blowholes. 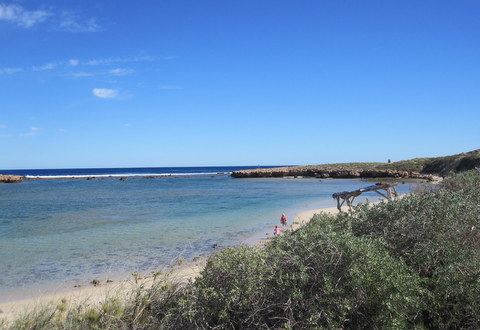 I fell in love with the place when I was 12, so enamoured of the beauty of it that I painted a watercolour of the island. It looks calm enough here… but that line of white is a lot larger than it looks. 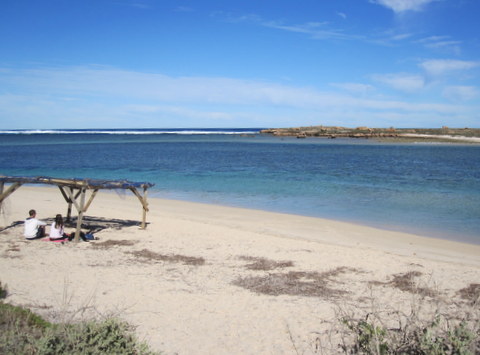 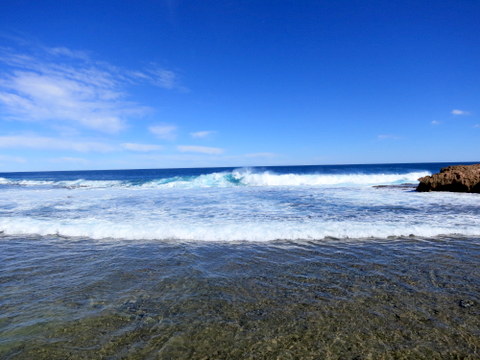 The combers thunder in across the protective reef. 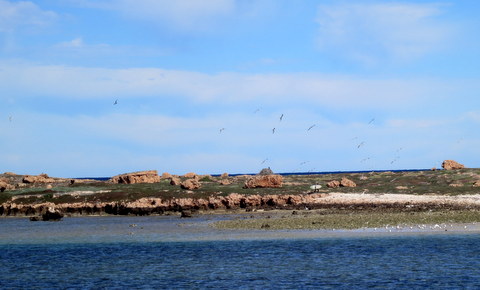 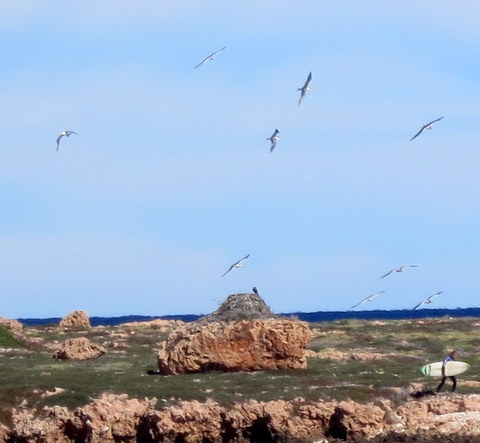 That is the island above, chiefly interesting to me this time because of the huge osprey nest. That blob sitting on the nest is actually a Brown Falcon. The osprey pair were not nesting and were quite uninterested in the falcon’s choice of perch.

Nearby, the blowholes — note the little ones poking up through a crack in the rocks 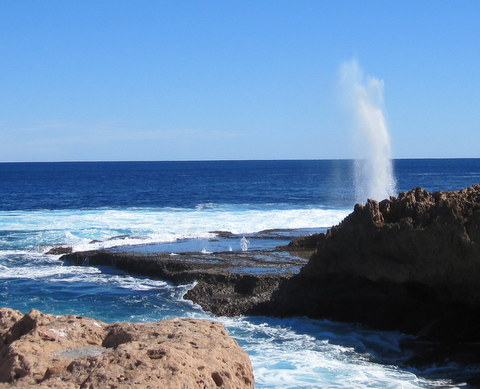 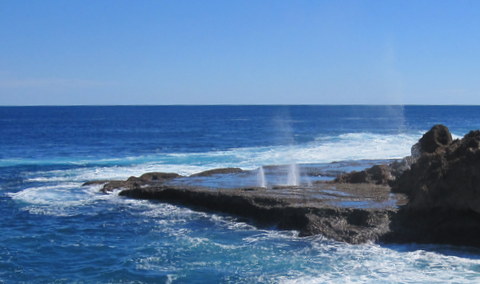 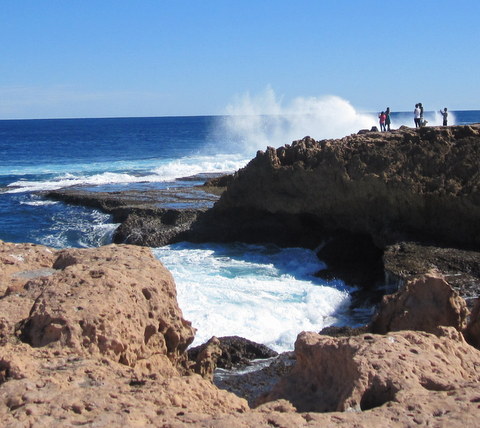 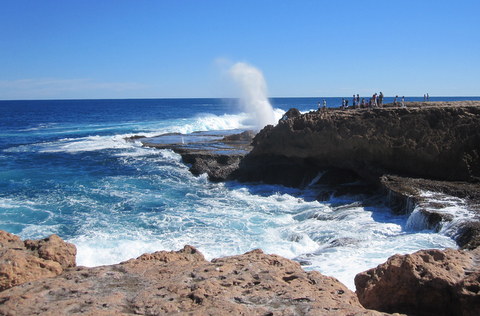 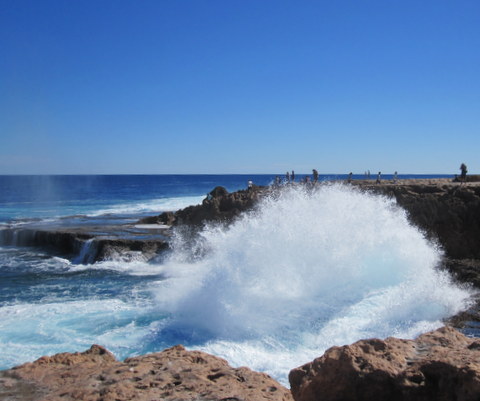 And yes, it is a dangerous coast. People die if they underestimate the unpredictable waves. 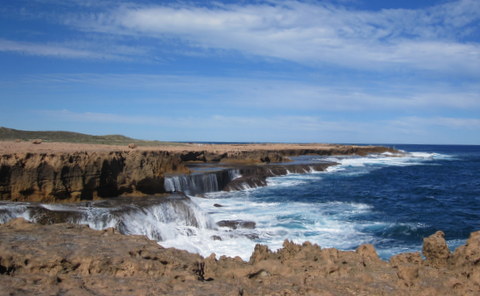 The waves pound in, out to sea the humpback whales pass by, and the water drains back like a  miniature Niagara Falls… 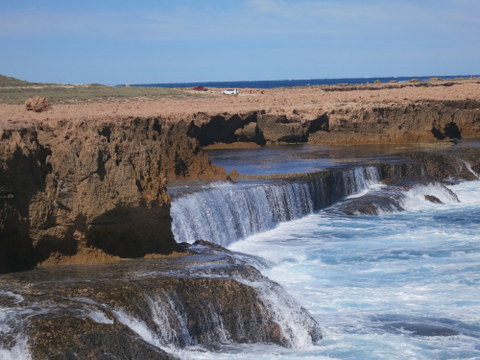 So many memories from so long ago. So many things forgotten. So many more people now. This time I came with a camera, not watercolours. I wonder what happened to that painting?

On that holiday — I think on the return because we didn’t stop to cook — I remember lunch in the Dongara Hotel. Cold meat and salad. I can see the oiled wooden floorboards of the cool, dim passageway extending from the front door. I can smell the place still, I can remember feeling so grown up.

Eating out? We never did that. There was never any money for such extraordinary extravagance.

I was twelve years old, and it was the first time I’d ever had a meal in a restaurant (well, the first time if you discount the dining car on the Trans, crossing Australia in 1953. Or breakfast on Kalgoorlie station while waiting for the Kalgoorlie Express because the Trans went no further. That was lamb’s liver and bacon, when I was eight…my eyes almost fell out of my head because there was so much on the plate. I finished it all, to my mother’s astonishment.)