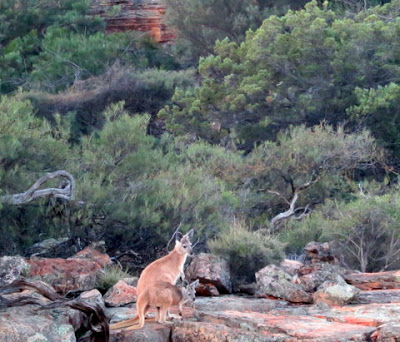 The birds of Kalbarri were great: the flocks of Galahs and Little Corellas ruled our caravan park, noisy both day and night. Pallid Cuckoos were everywhere, right down to the sea in the coastal scrub. Besides the Australian Raven and the Willy Wagtail, Black-faced Cuckoo-shrikes were the most common bird we saw roadside, all the way from outside Perth to Kalbarri…

In Kalbarri itself, there were so many seabirds and waterbirds, including gannets, the Osprey,  four species of cormorants…and other interesting stuff like Blue-Breasted Wrens.