You may remember the tailorbirds that built a nest under our bedroom window at home. Well they decided to do it again. Last time they didn’t quite make it — the nest fell out of the leaves, perhaps because a cat clawed it. Well, they are trying again.

Here is the nest (see the red writing) as seen from inside the bedroom. 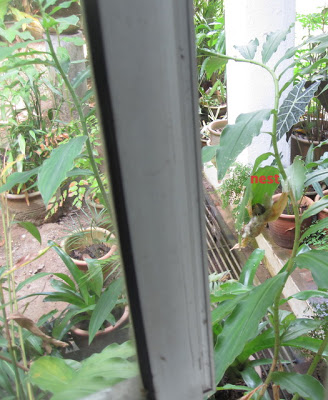 Here below is the nest from the outside of the house. X is where I took the other photos from; y is the new nest, and z is the remains of the old nest which was occupied in February. 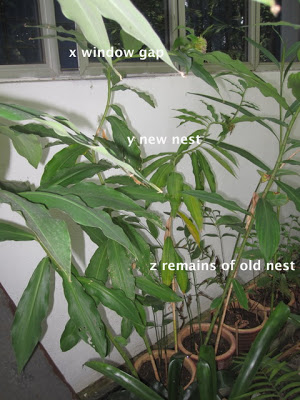 Photo below taken with flash. Two young, now 6 days old. When I first saw them they were nearly hatched and barely the size of the nail on my little finger.  If you look carefully, you’ll see that one of the leaves used has already died — and I have stuck it to the main stalk with sticky tape in the hope that it will hold up. 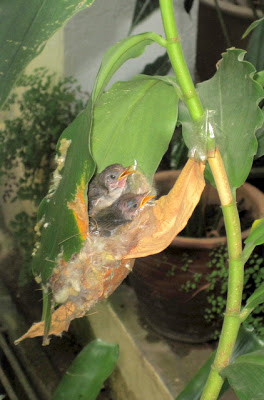 The colouration of the mouth of a young bird programmes the parent to feed it. The yellow “gape” and black spots inside the mouth are part of a pattern which can vary from bird to bird. Baby cuckoos copy the patterning of the host bird’s young. 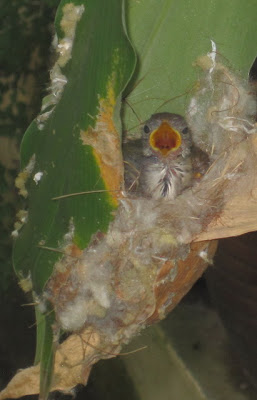 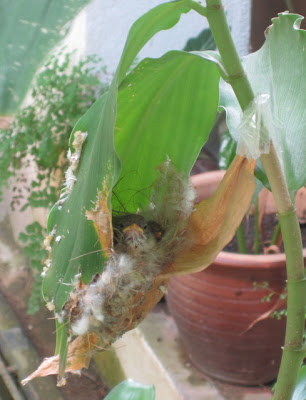 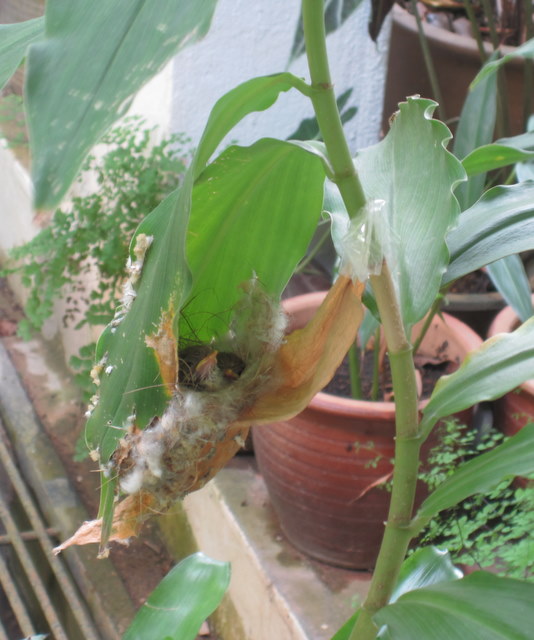 I haven’t managed to get the parents at the nest — they are so quick, and I don’t want to disturb them. 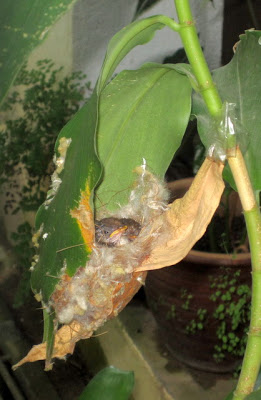 Let’s hope the young make it to adulthood this time around!