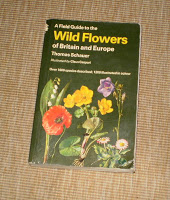 Here are some more books I am using in my present writing. The Wildflowers and the Wildlife books I bought when we were living in Europe, simply because I wanted to identify all those odd things running about or growing … (so that’s what a vole looks like! And oh, I always wondered what a bluebell was!)

Not the kind of things we have in Australia, or Malaysia.

They are proving invaluable for the WiP (work-in-progress) though, in the formation of the religion. And that is all I am going to tell you about that! 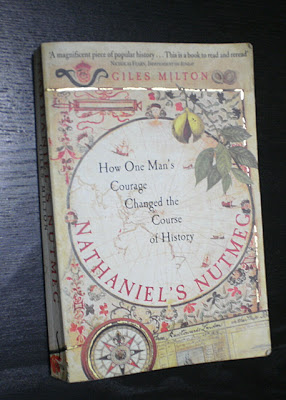 And then there is this: “Nathaniel’s Nutmeg” or How One Man’s Courage Changed the Course of History
by Giles Milton.

Actually the title is a bit of a misnomer. Nathaniel hardly comes into it, and although what he did was indeed very brave and had repercussions that did change history enormously, it is only a tiny part of the gloriously bizarre and remarkable events covered in the book. The title was a selling gimmick; but knowing that doesn’t mean the book was not worth the purchase price. Far from it.

It’s a history of the trade between Indonesia and (mostly) Western Europe from the earliest contacts up to the present day. The period that has really fascinated me is the 16th to 18th centuries. It has everything: adventure, hubris, vile murder, slavery, betrayal and slaughter, courage and compassion. There are pirates and buccaneers, traders and village folk, sultans and kings. Read it. 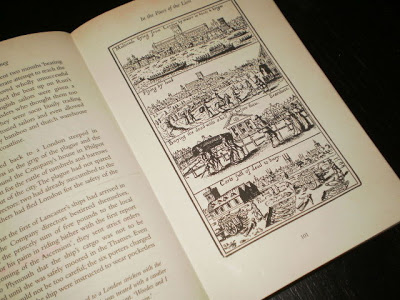 Why does it particularly interest me now? Because, I am writing a book with a background that has much to do with trade, not just any trade, but a trade that was devastating in its horrors even as it made untold fortunes and brought people to ruin.

And two of my heroes will have much in common with Nathaniel: courage and a sense of honour at the very least…