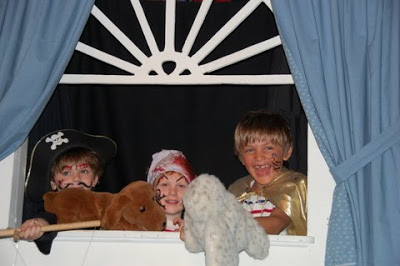 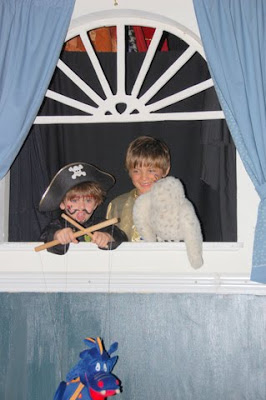 …is at day camp over the summer, including drama camp.

And he is obviously enjoying himself hugely.

I think we have another creative type in the family. It’s in the genes…my mother was both artist and musician, and so far her descendants include a large proportion of artists (granddaughter and great granddaughter); stage actor and performer (great grandson); Musician (granddaughter); writer (me) and very possibly another on the way in a great ganddaughter; and now another great grandson seems to have fallen in love with theatre – although at the age of six he says he thinks he likes the idea of writing the script as much as performing.

Although maybe he has to actually learn to write first?!