…this past week, finishing the final* (I hope) major re-write of Stormlord’s Exile, husband was off having fun on Sipadan Island, off Borneo, where the world’s best diving is to be found. Of course, he calls such perambulations work. Hmph. 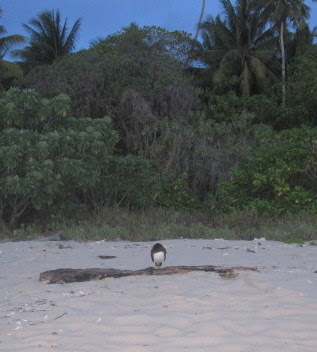 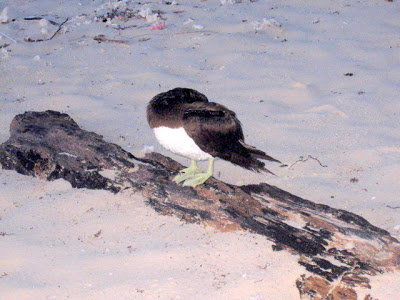 Note his rather bedraggled appearance. 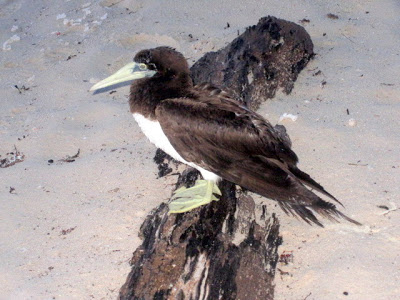 A bird with the (to a non-birder) rather unlikely name Brown Booby.
But then, don’t you think it kinda suits the bird? 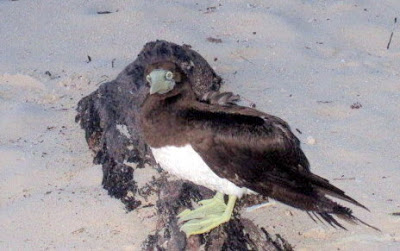 All’s well that end’s well – here, with the dawn, it is on its way out to sea again . 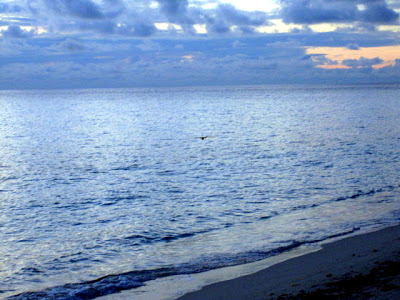