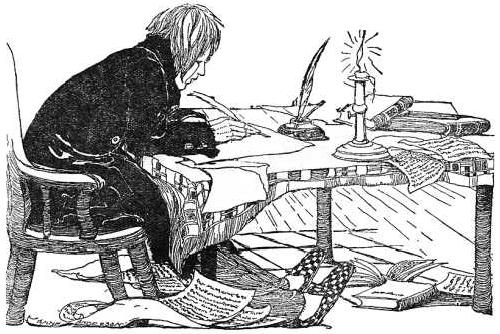 I had an email from someone some time ago, which I didn’t reply because I was so busy, but it deserves an answer. In fact, the problem is so universal for first time novelists that I decided to put the answer up here, and I shall break it into parts.

Briefly, the writer had done some important things to get herself started:
– enrolled into a writing course for practical nuts and bolts help
– got ideas for a story
– decided what she wants to accomplish by the end of the book

But, when she started to write her first novel other practical problems emerged and she felt she was foundering.

1. Am I just waffling or is this good?
2. How do I write the not so exciting bits in between?

And I don’t think there’s a writer out there worth their salt who hasn’t at times asked just those 2 questions.

Today I’m going to look a the first point.
How do you know you aren’t waffling? Writing boring rubbish? Wasting your time on writing something you will just have to throw out later? How do you identify what’s boring and what’s not?

The easy answer is that you don’t know. Which is not much help, so let’s look at it from another angle.

Yes, it may be awful. But when you start your first novel, you can’t know that and you shouldn’t let it bother you. Just write now and judge it later.
Lots of writers put it this way: give yourself permission to write crap in the first draft. And believe me, ten books accepted for publication and I still write crap in the first draft. I also write brilliant stuff, too, and so probably will you.

Get your story down on paper – or on your computer. **

One of the best ways to finish a book is like this: start your writing period for the day by rereading what you wrote the day before, then write until you are finished for the day – without going back to re-read again.

During that re-read at the beginning of each writing day period, don’t do too much alteration. Correct only the most egregious mistakes and move on. Your aim is just to put yourself in the flow of writing. You are preparing for your writing period ahead, not worrying about yesterday’s.

I actually re-read from the beginning after about every 50,000 words, just to make sure I am on track. I find that helpful – once again I don’t spend too much time on corrections. I just want to refresh my memory and enthuse myself for what’s ahead. But do what works for you, always remembering you want to finish it, not get it perfect. Perfection is for later.

Ok, so now you’ve finished. Take a look at the word length. An adult fantasy novel? Probably 90,000 words upwards. For a first time novelist, you might find it easier to sell something at around 120,000 – 140,000 words. You’ll have a heck of a job selling anything more than 180,000. If it is over 180,000 words you had better decide what needs turfing out! Mostly I would suggest that a first time novelist aim no higher than 160,000. (And no, there’s no need to start telling me about the bestselling debut novel of 200,000 words…I know some people can. They are the exceptions.)

Now you are starting your rewrites. How many rewrites? Five? Thirty-five? Answer: could be either. I think nothing of working through a 180,000 word book thoroughly five times, and redoing parts of it fifteen times and then throwing bits out anyway. In other words, there is no magic number. You just do it until you get it right. And as a first book, you have that luxury. No deadlines. So take your time, and don’t submit until you have got it right.

—Ask someone else. In fact lots of others. The beta readers. Make sure they are people who read and understand the genre. Ask them which bits they thought were boring.

—anything that makes you frown needs looking at again. Why are you frowning, hmm? What is giving you that slight feeling that something is “off”?

—ask yourself what bits don’t push the story forward. Ask yourself what a sentence/prargraph/chapter achieves, why it is there. Does it tell you more about the character? If you can’t answer those questions, they maybe it is for the scrap heap.

—Look at the tension and atmosphere. If two people are chatting about the weather and there’s no tension, why is the conversation there? If they are arguing about the weather because one wants to cross the river now and the other thinks the rain makes it too dangerous, then that’s good. If the description gives the reader a feel for where they are, an atmosphere, then it is not crappy writing.

—so, to sum up, crappy bits tell the reader nothing they need to know about the story, don’t add to the tension, don’t contribute to atmosphere and don’t reveal character. Throw them out.

—didactic or pedagogy or preaching tend to be boring and irritating unless they are cleverly integrated into and/or integral to the story.

—repetition tends to be a bad idea. And telling something again in a different way tends to be poor writing too. One of the common forms a beginning writer employs is this: have a character say something in a speech, and then explain it again afterwards.

“Petric, I think the horse is going lame. We need to rest the poor beast.”
“Rubbish, Hobbs, we can make the inn before nightfall.”
As they drove the cart on, Hobbs worried. They’d never make it to the inn. They should rest the animal or the horse would not be able to pull the cart. It wasn’t right to torture it like this.

—generally speaking, the shortest way of saying something is the best.
Here’s a common mistake of mine that I still have to correct in the final re-writes – using too many prepositions: e.g. He looked back over his shoulder. (Cut the “back”).
If your sentences ramble on and on, how can you make them snappier?

—and here is the best way of all to distinguish between the brilliance and the crap. It is both the easiest and the most difficult of hints to adhere to: Put your manuscript away.

Don’t look at it for a minimum of 3 months. Better still, don’t look at it for 6 months. Don’t talk about it, don’t think about it. Start your next novel, preferably something unrelated.
At the end of 6 months, go back and re-read. Believe me, the crap will leap up off the page at you. That’s when you do your final re-write. Or decide to forget it and try another story.

Hope this helps. Part 2 in a day or two.

**(I am assuming here that you already have the main ideas, characters and end in mind, so you know where you are going. Some writers will have that story mapped out in detail, others are more inclined to wing it. How you do it doesn’t matter, as long as you have the idea(s) in your head and the destination in mind. I personally would suggest that you have two other things reasonably clear before you start: the world and the “magic”. Or, to put it another way, how do people earn a living, what do they see when they look around them, and what makes your world different to our world.)