↓
Home Menu ↓
Skip to primary content
Skip to secondary content
Home→Blog→Blog→Why I went to Yogya
The main reason I went to Yogyakarta was to see the ruins of Borobadur.
And the reasons it is such a wonderful place to go is scene in the first few photos below. 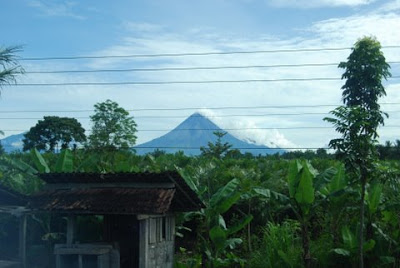 Gunung Merapi. Mount Merapi. Volcano. Which I first saw above through the window of the bus. 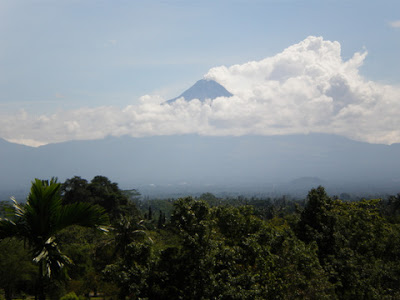 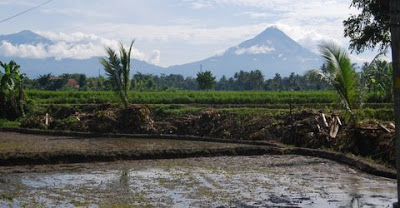 Like most active volcanoes, it has the habit of dumping a lot of ash on the countryside, which not only means good soil for things like the ricefields above, but it also means it covers places up for centuries. Places like Borobudur.
And yes, that is smoke coming out of the top. 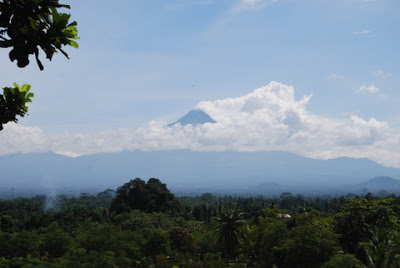 And one of the places it covered was Borobudur…for about 400 years from about 1400 when it was abandoned, until Sir Thomas Stamford Raffles came along and had it uncovered in 1814. (Raffles was the British Governor of Java for a brief period before the Dutch regained the island.) After that it was nicely plundered by the colonial powers and thieves in the usual way of such things. 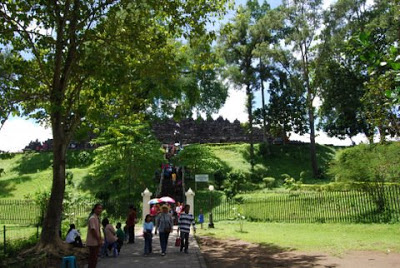 You approach the ruins on foot, and they actually don’t look like anything much from below. 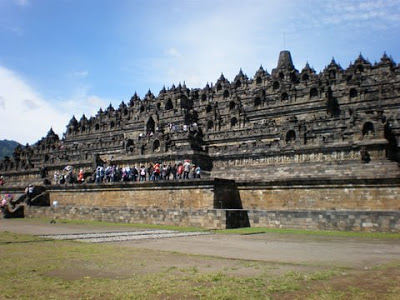 Only when you start climbing up the ruins themselves, do you begin to appreciate their beauty, their glory – and the love and dedication that prompted their construction.
A close up look tomorrow.