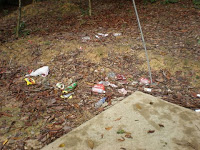 Today CNN had a programme titled Planet in Peril. I didn’t watch it. I decided I wouldn’t be able to bear it. For years, I have worked hard and long to convince folk about things that are so screamingly obvious to me, yet with such little effect…

The only membership-based general conservation organisation in Malaysia has a measly 3,000 plus members out of a population of 23 million people.

And then this CNN report today:
“The Bush administration cleared the way Thursday for federal agencies to skip consultations with government scientists when embarking on projects that could impact endangered wildlife, the interior secretary said.

“…the agency in question can satisfy the requirement that no harm will come to an endangered species, then there is no need to consult with either the U.S. Fish and Wildlife Service or the National Marine Fisheries Services. The determination of ‘no harm’ will rest with agency bureaucrats instead of scientists…” 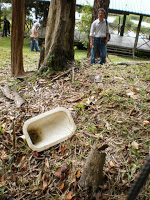 To me that is the most shocking, cynical step by a greedy president busily saying thank you to his cronies by giving them permission for a last bit of rape of the country before he bows out. What possible reason could there be to give federal agencies permission to do that unless it is to make it easier for someone to make money somewhere?

I will bestow a prediction on you all, one I will not live long enough to see: 50 years from now, the thing for which the Bush government will be most reviled will not be the Iraq War, or the Katrina mess, or the economic meltdown, or any one of the tens of things he did or didn’t do; it will be for his deliberate lack of attention to both the environment and the biodiversity – of both his own country and the world where the US has an interest. 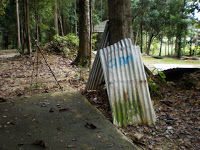 One of you youngsters can blog about it in my name on December 12th 2058. You, after all, will be the ones who will most suffer for the legacy of the Bush years. See if I am right.

And what are the pix above? Well, last time I went to Lake Bera, it was a thriving resort. Now, so typical of Malaysia, it is dirty and unkempt and untidy. Yep, throw that old urinal out in the camping area, where else? After all, no one wants to waste money on maintenance. The tourists will come without it…won’t they? Hmm? And no one is going to sue us when they fall through the termite-eaten boards of the jetty, will they?