A few pix of animals from our Yosemite trip, appropriate today because it has just been announced by IUCN that one in every four mammal species in the world is in trouble – and could disappear from the face of the earth. For all eternity. That’s right, we are in danger of wiping out one quarter of the world’s mammalian biodiversity. Half the world’s mammals are declining in number – unfortunately, one of them is not homo sapiens. One in every 12 bird species is already in trouble.

What are you doing about it? At the very least, join a conservation society. 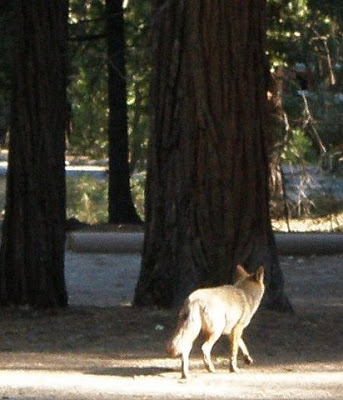 A coyote, pix taken on our trip to Yosemite. Plus some squirrels. And no – we didn’t see a bear, alas. 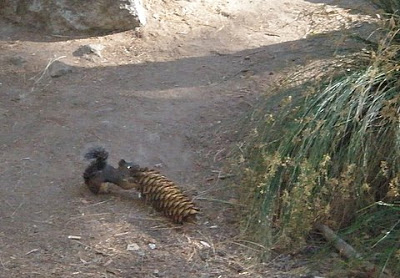 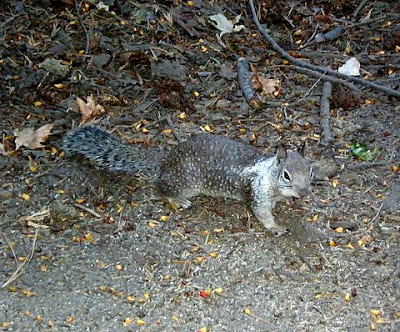 I had a scientific article published last month, on the birdlife of some of Malaysia’s offshore Bornean islands, in which I wrote:

Human overpopulation could be a huge problem on Mabul Island. Families of five and above appear to be the norm, not the exception, and one wonder how much longer terns and frigates will find fish. On Bohey Dulang Island, the nests of the Philippine Scrubfowl are dug out for the eggs and/or surrounded by traps to catch the adults. Apparently no one thinks about who will lay the next lot of eggs. In Sabah, anything that has become customary seems OK, even if it is against the law. On top of that, birds do not have the legal protection they do in other parts of Malaysia. Poverty leads coastal and insular families to poach and hunt anything that can provide food.

(I understand why these people hunt, but it beats me why wealthy Alaskans think it’s fun to shoot things from a plane. And it is a fallacy, btw, to think that indigenous populations traditionally understand conservation. They didn’t and they don’t. In the past, things remained in balance because hunters didn’t have guns and other gadgets to use, and because their number was limited by poor medical care and infant mortality. Change that, and everything changes.)

Here’s a naturalist’s blog that’s worth looking at: The Scolopax Chronicles. An artist in Kent, the blogger is in touch with the natural world in a way that few of us are these days.