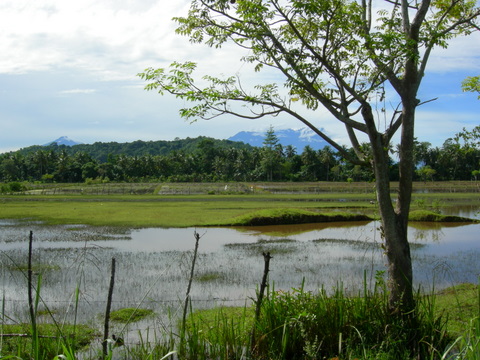 Kota Belud is a town just to the north of Kota Kinabalu, Sabah. It is chiefly famous for its Sunday market, but the area is also supposed to be a bird sanctuary because of its extensive wetlands and ricefields, a favoured stopover for migratory waterbirds. 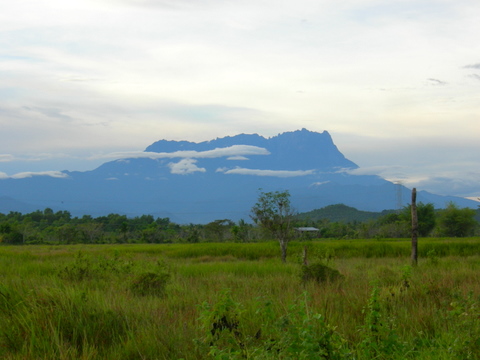 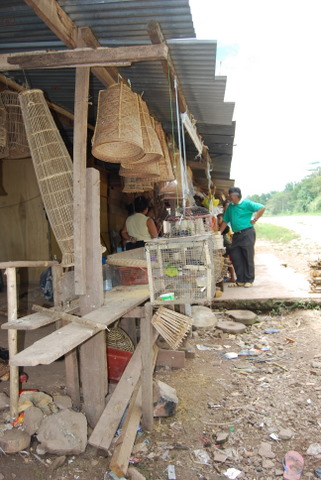 We went birdwatching there just before we returned to Kuala Lumpur.

Questioning locals about birds got us nowhere. The only birds they could think of were the ostriches in a nearby ostrich farm. So we set off to explore the area ourselves. 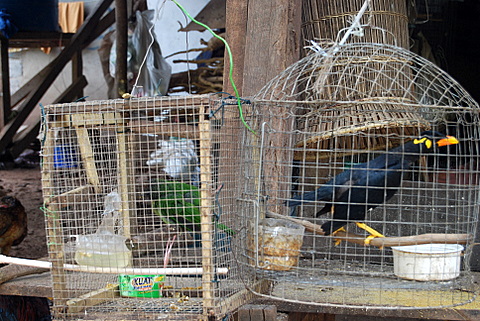 Scenery – brilliant. Birds, all over the place. Egrets, snipe, herons, sandpipers, duck, grassbirds, pipits, wagtails – I could have spent days there just poking around.

But a bird sanctuary? Well, forget the sanctuary bit. 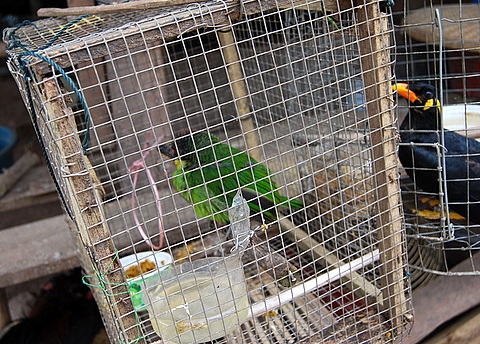 Along the main road, there was a licensed stall selling wild birds stuck in impossibly small cages, including fledgling hill mynas obviously taken from the nest and as yet unable to feed themselves, shamas, doves, hanging parrots, even a young barbet. Horrible, quite, quite horrible. 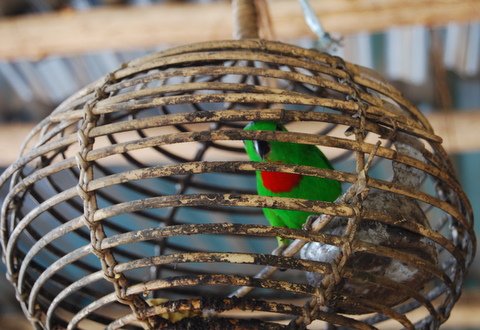 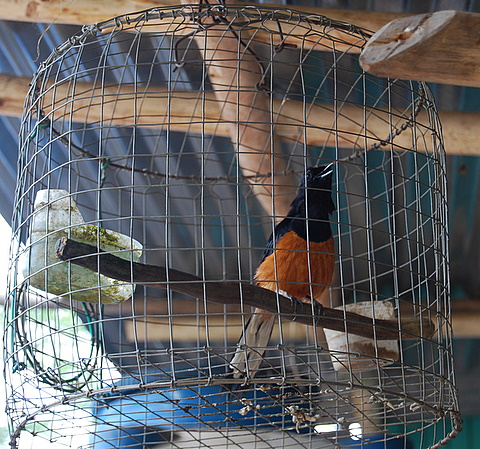 I am always tempted when I see such places to buy everything and let them go. I never do, because in the end that just encourages the trade, and a conservationist has to put the greater good of the species before the individual animal. But it hurts. It hurts for days. And were these folk locals, doing what they have done for generations? Nope. They were from Malacca. 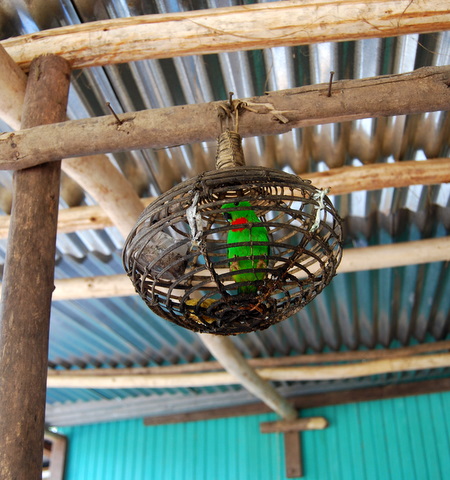 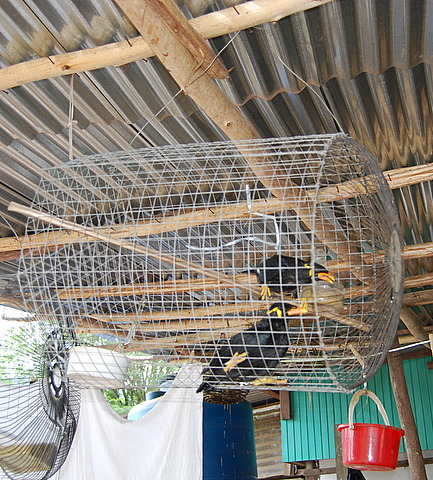 We stopped to watch some farmers harvesting rice. The harvester circled around the padi field, making an island of the ripened rice in the middle of the field. A couple of boys, the oldest about twelve, ran around the edges of the newly cut crop with a dog. At first we thought they were playing. They certainly seem to be enjoying themselves, but it was hard to see what they were up to, as we were a long way off. And then we realised: they were catching what looked to be Slatey-breasted Rails. (That’s a bird, you non-birders out there, a type of ‘ruak’, waterhen-like, the size of a bantam hen.) These birds can fly, but their preferred desire to run and hide betrays them. The boys and the dog were too quick. 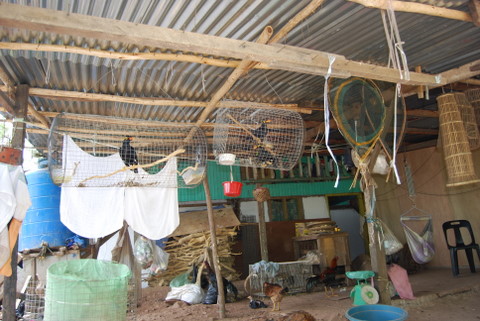 Soon, as the expanse of standing crop was reduced down the size of a tennis court, the boys each had five or six birds dangling by their legs – some obviously still alive. The boys contribution to the family dinner.

Does it worry me? Not as much as the caged birds for sale, not by a long shot. But yes, it does, even so. There are rare crakes and rails as well as common ones. These farmers don’t know the difference. They should. There should be laws to obey: “you can take this species, but not that one” or “you can take so many per family member and no more” and so on.

What worked as sustainable harvesting 100 years ago doesn’t work any more, what with a population growth that is totally out of control. Uncontrolled harvesting of wildlife is detrimental to the species as well as the farmer (for insect control as well as for future dinners). Everything has to be sustainable.

A bird sanctuary indeed. We Malaysians have a lot to learn about compassion for animals – even the ones we eat – about sustainability, conservation and environmental impact. Unless we learn these lessons, then we are dooming ourselves to an impoverished future, both for humans and for our biodiversity.

And don’t talk to me about education and waiting for the present day youngsters to grow up with different attitudes. We are running out of time.