↓
Home Menu ↓
Skip to primary content
Skip to secondary content
Home→Blog→Blog→What does one do at a publisher’s lunch?

You laugh. A lot. Especially when there are seven authors and a couple of publishers /editors. That’s an awful lot of very bright, witty people who know how to use the English language in one place.
Pix: Sean Williams, Marianne de Pierres, Tim, and (just) Karen Miller. Throw in a surprisingly large number of waiters and waitresses who didn’t seem to speak much English at all, but who were quite determined to serve us food we hadn’t ordered, and well, the lunch was off to a great start, and just went, um, uphill? downhill? from there….
Pix: Darren, Ian Irvine, Trudi Canavan 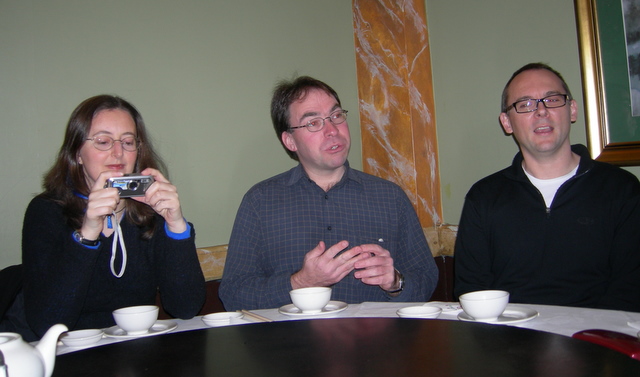 One thing I love about the Australian author scene – at least as far as my experience goes – there is a spirit of comradeship rather than competition, of support rather than undermining, and respect rather than rivalry.

Add in a couple of great editors from Orbit – Tim Holman and Darren Nash – and you are guaranteed a great lunch.