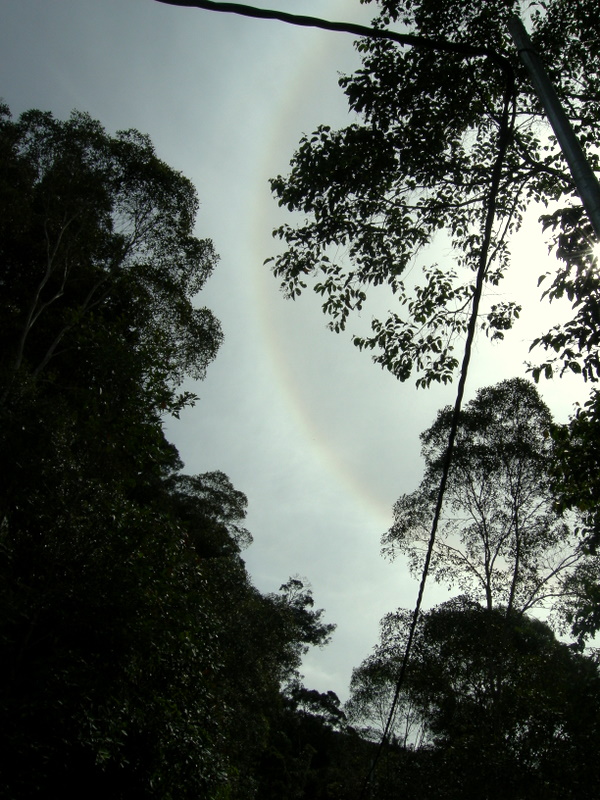 Just passing through Kota Kinabalu. Got in from Poring by car a while back, and almost on our way to Danum, on a dying airline (the domestic-run of FAX). Same airline we took to Mulu – I just love planes where they ask the four passengers to sit on opposite sides of the aircraft to balance it! 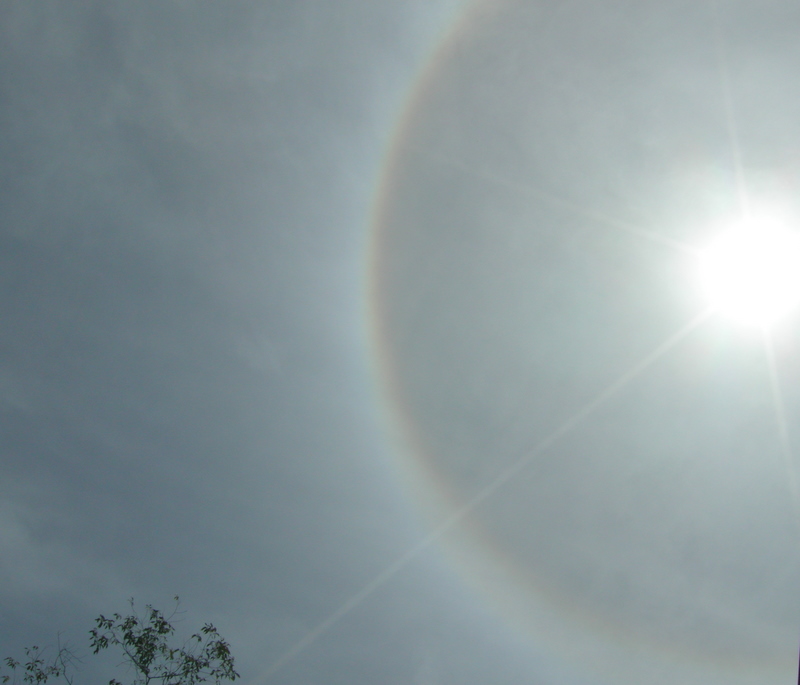 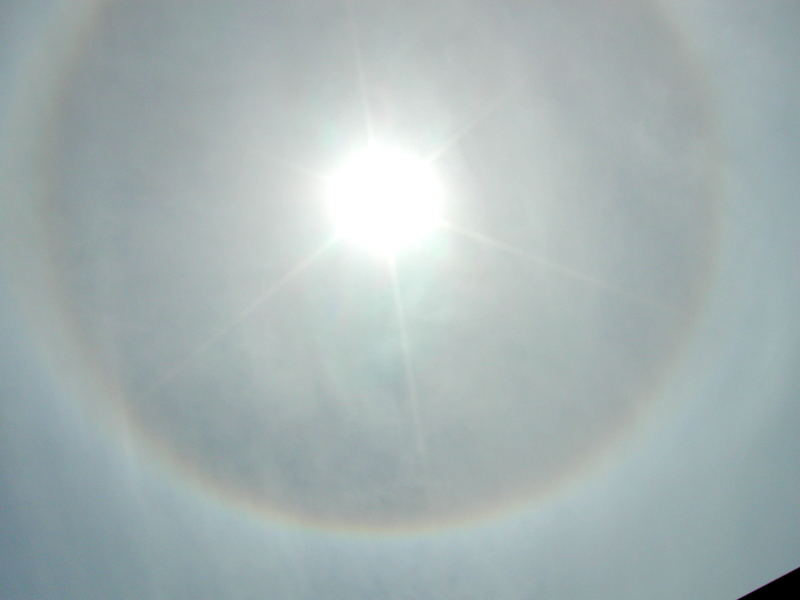 We just had time to do the washing and buy another member of the team a new pair of walking shoes (so I’m not the only one who needs to make a mileage claim on footwear), before giving a talk at the Malaysian Nature Society Sabah branch, and then repacking. I have to be up at 4.30 a.m and it’s now midnight…groan.
Anyway here are some more photos from Kinabalu Park. The sun had a rainbow around it for about three or four hours the other day. Surreal. Photos don’t do it justice.