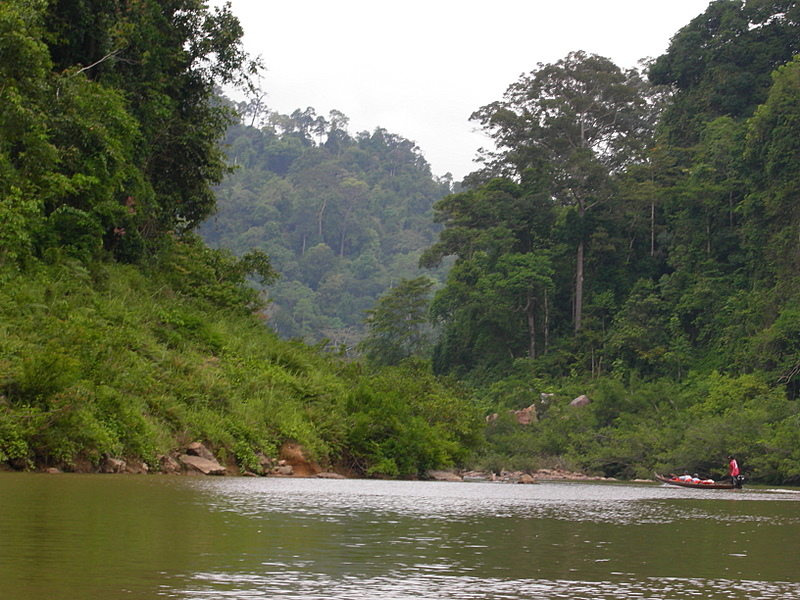 Some rather haphazard photos from Taman Negara (National Park) in Pahang, where we went when we left Royal Belum. We came down through the centre of the Peninsula from Jeli and Dabong to Lipis, then drove in to the Park.

We stopped for a moment in Dabong – not a good idea as it has roads no bigger than a footpath and only one of them goes anywhere – to the railway station.

The most striking thing about the area was the state of the nearby river. The logging and clearances up in the highlands (I assume) have turned the river into a brown flow of mud. So much for the government’s 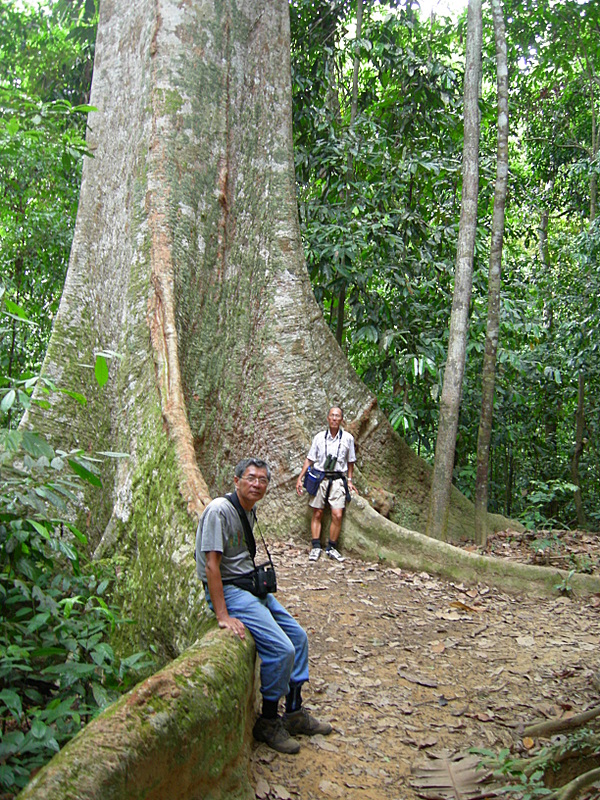 campaign on “Love our rivers”. Oh yeah? Now just who was the campaign aimed at, I wonder?

I guess the fishing in Dabong is now, well, up to mud.

The other nasty thing I saw in the town was the sight of three tattered Oriental Magpie Robins (Murai), missing tail feathers and looking thoroughly wretched, all sharing a tiny hanging cage hardly 30 cm across.

Are the owners being deliberately cruel? Or are they just so ignorant and stupid they can’t see the condition of these pathetic birds? And I’ll bet they feed them rice, too. There seems to be a universal belief here that all birds eat rice. After all humans do, right?

There was very nearly a nasty scene of one middle-aged lady rampaging down the footpath to rip the cage to pieces, 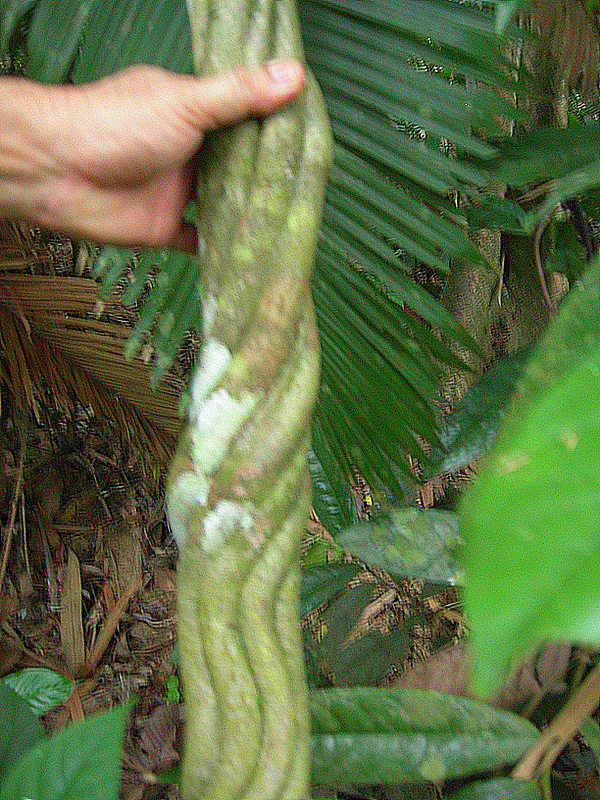 Photo 1 is the Tembeling River.

Photo 7 I took from the boat while we shooting the rapids on the Tembeling on my way back from interviewing the delightful lady who runs Nusa Camp, which is upriver from the main Park entry point. A moment later the engine died when we hit a log. The boatman got us to the bank where he straightened out the propeller with a hammer… 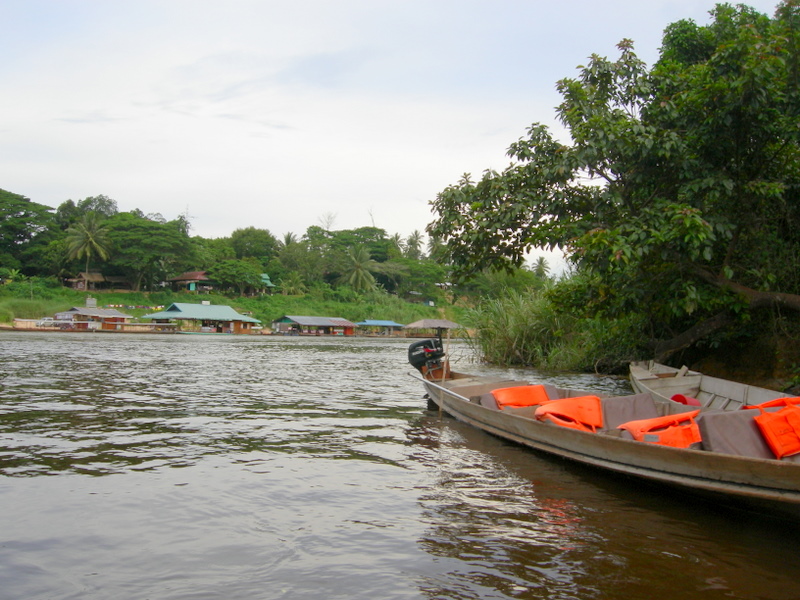 Photos 2 and 3 show a Tualang tree on one of the trails. The base is huge – note the relative size of the two guys on my team – and the top emerges high above the canopy of the other trees. Can anyone tell me why Malaysia doesn’t make this magnificent species its national tree? It is even found in East Malaysia, where it goes by the name of Mengaris (I think that’s the right spelling). The scientific name, Koompassia excelsa, seems to be appropriately impressive-sounding. 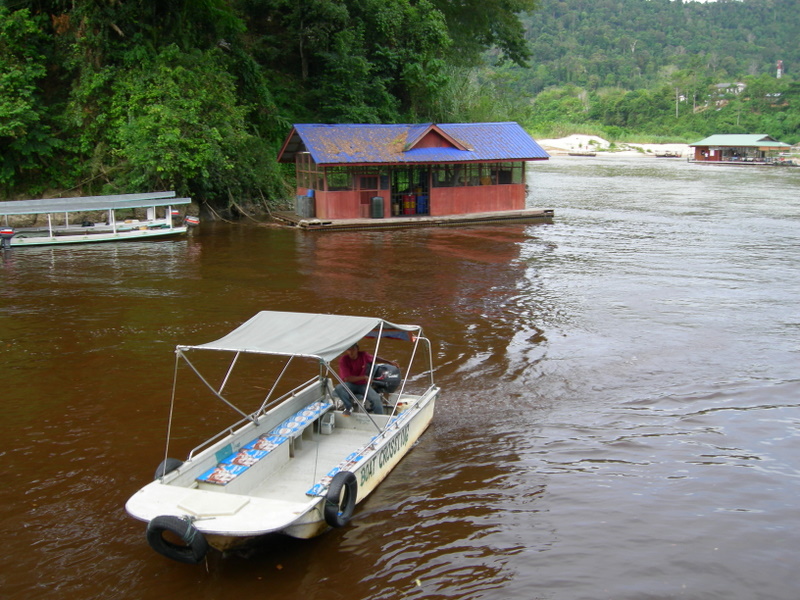 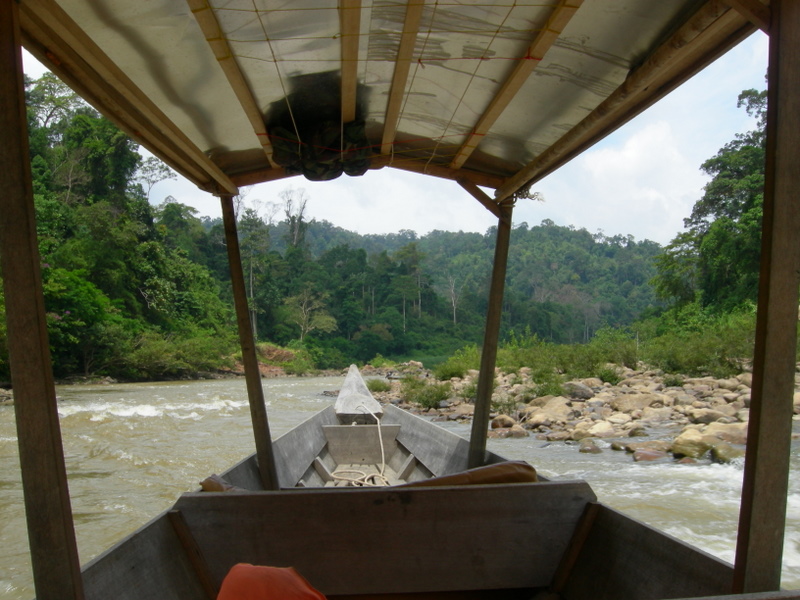 The next photo is of a liana, just cos I thought it beautiful, and the next two show some of the boats that scurry across the confluence of the Tahan and Temebeling Rivers like water beetles, conveying people between the cheap accommodation and restaurants on one side of the river, and the Park on the other.

Alas, the project budget did not run to the many-starred hotel in the Park for us. We stayed instead in a place with a glorious view, shared bathrooms – and no hot water. Who cares? I love Taman Negara.