↓
Home Menu ↓
Skip to primary content
Skip to secondary content
Home→Blog→Blog→Saving heritage or getting rid of the colonial past? 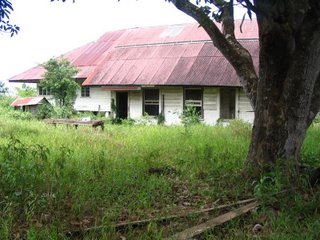 When I lived in Tunisia and I dug in the garden (which had the most magnificent roses I’ve ever seen), I was likely to turn up broken Roman tiles and marble pieces. There was even a carved capital of a Corinthian column on the steps to the front door. 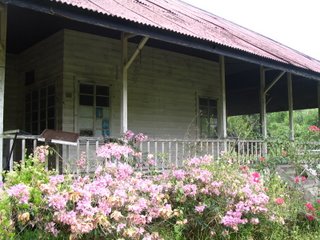 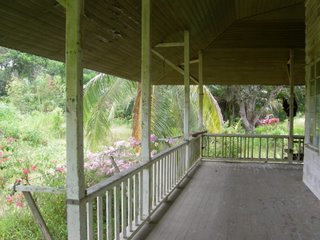 In that house, I could look up from my computer and stare out of my study window to see the ruins of Carthage in the distance. I was writing the Heart of the Mirage at the time, which is set in a Roman-type ancient world, so the vibes were good…! 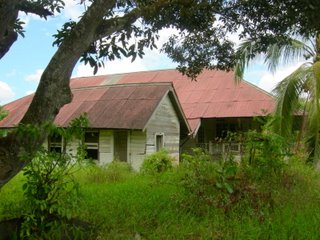 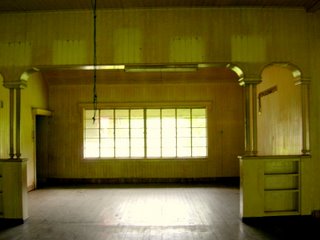 I love wandering around ruins and imagining what was once there. And yet I know that if I had lived in times long ago, and there had been such ruins in my neighbourhood, I would have been the first person out there pillaging for building blocks and carvings for my own house. After all, if one can build with Roman marble, why not? 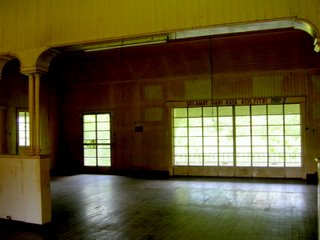 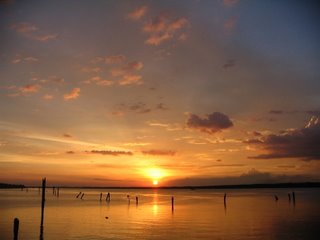 Ialso have a certain ambivalence about spending money preserving the past, when we don’t spend enough preserving our natural environment. Sorry, the rainforest will always come before an old house as far as I am concerned. I think we should remember our history as much as possible, yes – but our environment is our future, our health, our legacy to our children. It is all important. More so than an old house.

So it is with considerable surprise that I find that I have played a part in doing just that – saving a beautiful old house from pillage and rot and the ravages of the tropical climate.

When we journeyed to Sebatik Island, south-east Sabah, I was intrigued by the fact that we stayed in Kampung Wallace Bay. I wondered if it was named after Alfred Wallace, the explorer and naturalist who came to the same conclusions about evolution as Charles Darwin. After all, the Wallace Line – which divides the natural world of the Greater Sundas and South-east Asia from the Australasian flora and fauna – travels down the Bornean coast just a mile or two away from Sebatik.

But a chat with a local convinced me that Wallace was the name of the guy from the North Borneo Timber Company in charge there at one time. The same local man who took my sister and me to see the so-called “Wallace House” at Wallace Bay.

And what a beautiful house it is: built of the best of tropical wood from top to bottom, even ceilings, with a view over the bay – visible from its verandahs and french doors in three directions – all of which had me gibbering with envy.

It was also being slowly plundered of its wood, and being attacked by termites. Apparently though, we were so enthusiastic in our praise that others took up the torch of conservation…and it looks like this glorious building, symbol of a colonial past and colonial rapine, will be preserved.

Which brings me to another point. When the lovely Bok House in Kuala Lumpur was being pulled down very recently, one of the KL bigwigs remarked something along the lines of – why should we bother to preserve something that has no significance in our history. It was just a rich man’s house, all part of the colonial past (although the owner/builder was not a colonial).

But the colonial past is our history, whether we like it or not. We shouldn’t forget it. Ever. It makes us value our freedom all the more. And perhaps we should hang on to its symbols, as reminders.

When I first came to Malaysia, aeons ago, there was a monument in Malacca town, a war memorial in fact, to the brave gurkhas who had died defending the Brits from the wicked rebels in the aftermath of the murder of James Birch, the British Resident in Perak in 1875… I think that was the essence of it, if my memory serves me rightly (it doesn’t always!). I thought it was wonderful that this monument to British chutzpah had survived independence and Malaysian pride.

Can anyone tell me if that memorial is still there somewhere? It was in the lovely little park – long since irresponsibly vandalized by development – near the Stadthuys.

Photos show the Sebatik Wallace House from the back – couldn’t get one of the front because the slope down to the sea was so overgrown. The sunset is the evening view from the direction of the house.