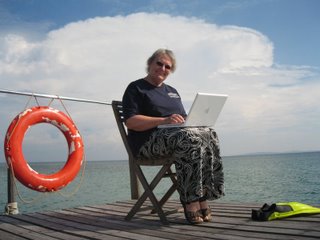 On another forum, there has been a discussion about characters you would like to strangle. And two people mentioned Ligea from my Heart of the Mirage.

I created Ligea as a tough woman of 28 who was deliberately raised to be an instrument of revenge. I don’t want to give away too much of the plot here, but the idea for the character came from the tragedy of the Lost Generation of Australians, and the children of the Disappeared Ones of Argentina: in both cases, children were raised to reject their heritage – in fact, to despise their own origins in general, and in particular to be unaware of the specifics of it. As a mother myself, I found their fate utterly tragic.

One of my first readers made the comment that Ligea was not as bad as she thought she was, which was exactly what I was trying to achieve: someone who seems hard, uncaring, even brutal – and yet….
So I thought I had nailed it. I was heartened, too, when my UK editor remarked that he thought I did an excellent job with the evolution of Ligea. I thought I’d kept her sympathetic, by portraying a woman who had been dealt a tough hand by life.

And yet a couple of readers wanted to strangle her!

My point? Not everyone sees characters the same way as the author does, or as other readers do, any more than we all agree about real live people. Everyone brings their own preferences to the feast. I console myself with the thought that I wrote the character well enough to make readers exasperated enough to want to strangle her – in other words, she is real. No reader wants to strangle a cardboard character after all.

There is no “right” or “wrong” way to feel about a fictional character. Once the book is released into the world, a writer loses control. Ligea is out there on her own, and you are free to feel however you want about her.