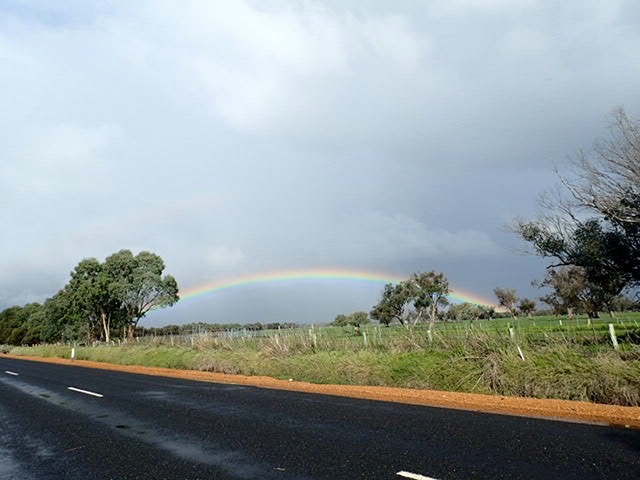 As a country grapples with the idiocy that enables the mentally ill and/or the terrorist easy access to weapons designed for killing as many people as possible in war-time, and that country contemplates — yet again — the horror of civilian deaths at home as a consequence, this time in an Orlando gay nightclub, I’m putting up this post.
It won’t help the dead or the grieving, but I’m going to do it nonetheless, for all my LBGTI friends. Rainbows are beautiful. 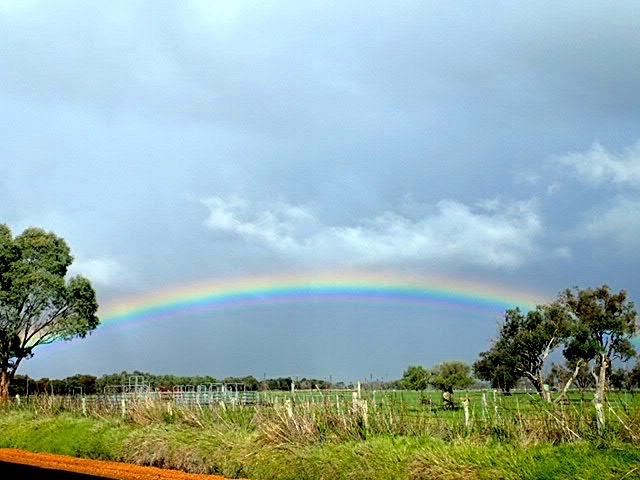 We were travelling south along the country highway between Busseltown and Pemberton last month and and a soft spring shower was misting down. As a consequence, we had 200 kilometres of incredible rainbows, nonstop. There were even rainbows in the air along the road verges where cars had sprayed up water. Everywhere we looked, rainbows… 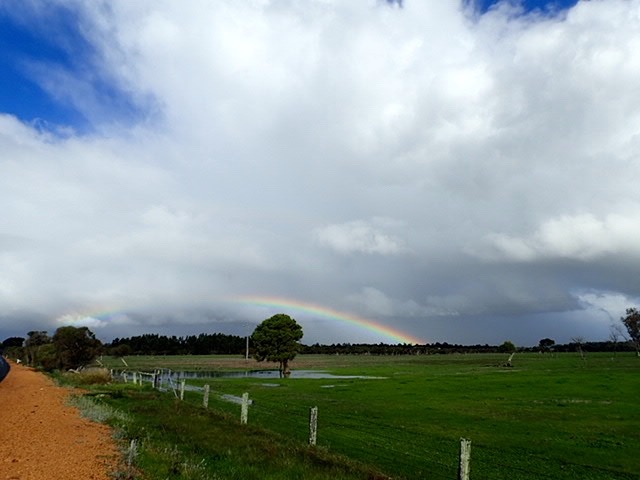 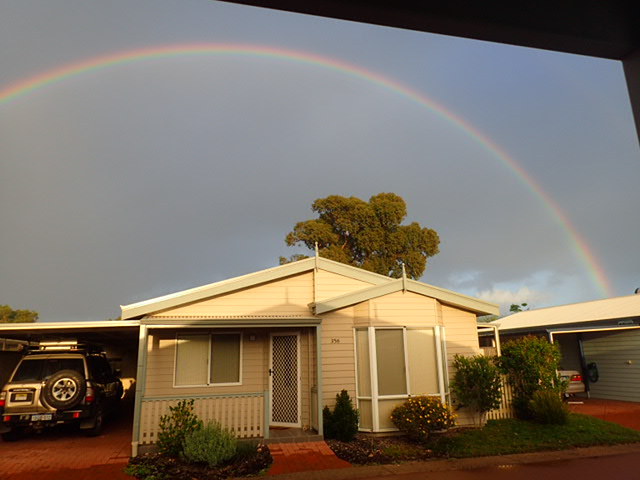 And this one is a rainbow seen from our loungeroom window.