There’s a bit of mystery about how these tiles ended up in a curiosity shop in Tring, U.K.
After all, they date from about 1330!


They portray a series of scenes from — supposedly — the life of Jesus, but they aren’t just the same old New Testament tales. They are a medieval take on biblical stories and are particularly interesting because they portray the everyday life of the 14th century England rather than the Palestine over a thousand years earlier. They can be seen in the British Museum in London. 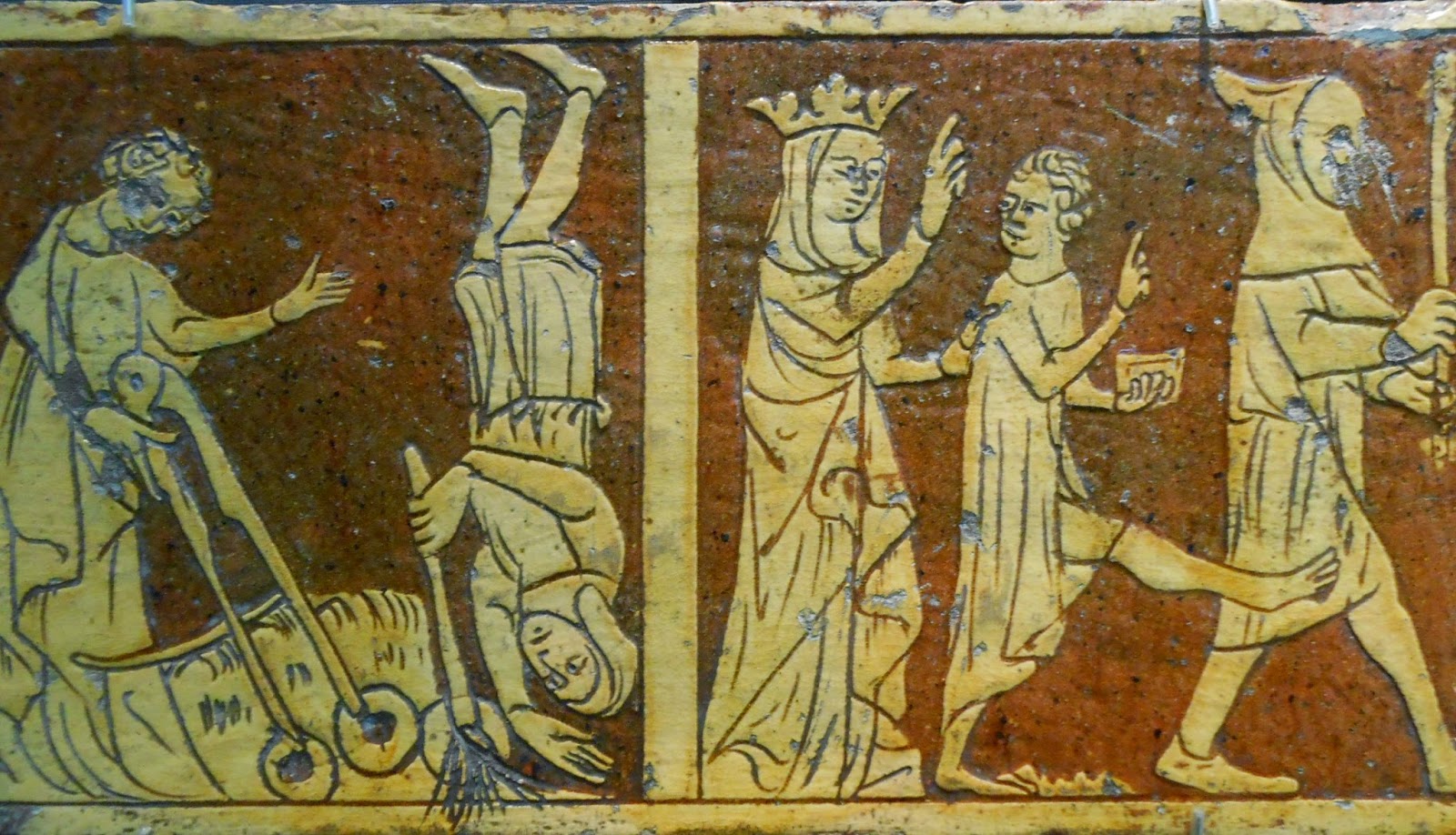 The above tile supposedly shows Jesus playing by the river making pools. When a bully destroys one, he falls dead, only to be resurrected by the young Jesus, apparently achieving this miracle by giving him a kick, after being admonished by his mother. (Or touching him lightly with his foot. Take your pick.) The first English comic strip?