↓
Home Menu ↓
Skip to primary content
Skip to secondary content
Home→Blog→Blog→Final Orbit U.K. Cover of “The Lascar’s Dagger”
Less than two months away now, in mid-March, the first book of a new trilogy from Glenda Larke will be on the shelves. It is being published worldwide by Orbit.

The Lascar’s Dagger is the Book 1 of The Forsaken Lands. 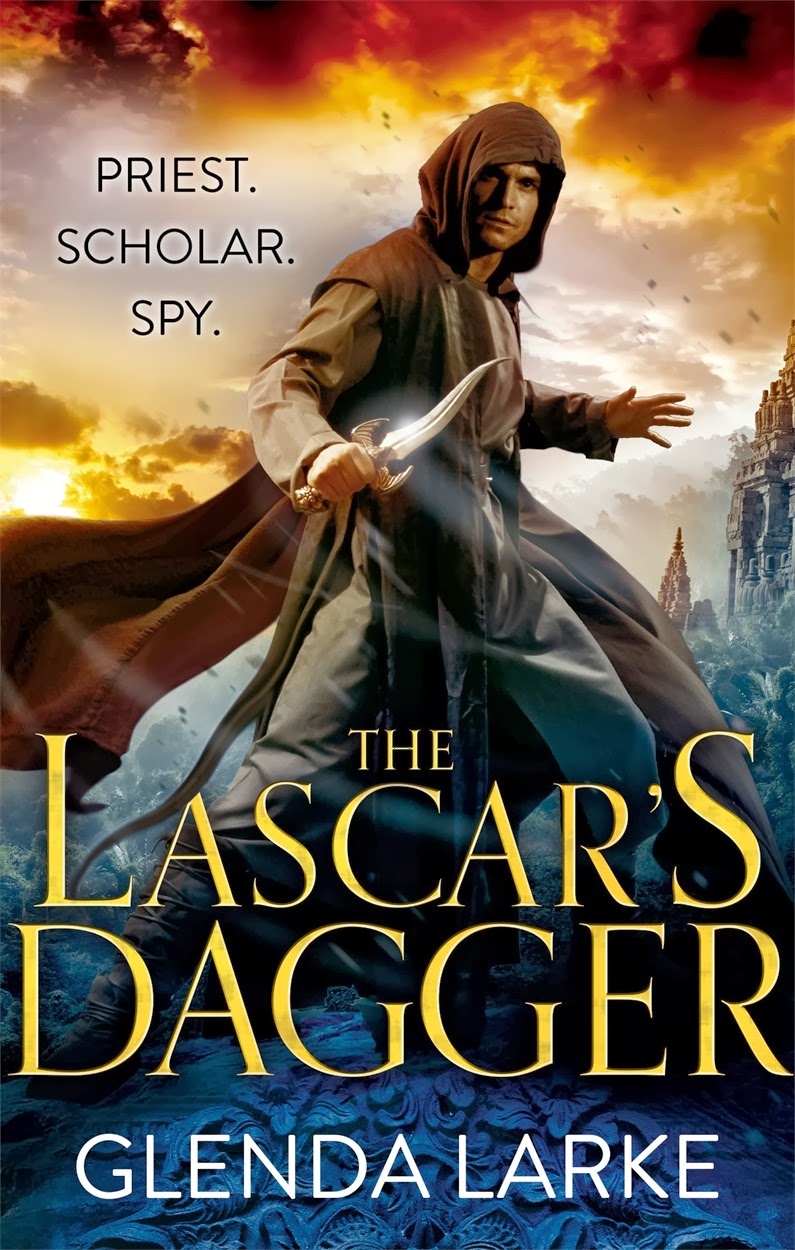 
Er, no. As for all my books, there’s no one idea, but dozens, some of them larger than others, and they came from all over the place, and not all at once.


I suppose the main inspiration originated from my desire to write a book that drew on my experiences living in South-east Asia, something evocative of a period and a place not usually touched upon in fantasy epics. And so this trilogy is set in a fantasy world of two hemispheres, east and west, where western countries are setting out to trade with the other side of the world–and their main desire is to procure tropical spices. Think 17th-18th century Europe; think the rivalry between the British and Dutch East India Companies; think the Spice Islands of Indonesia and the impact of this contact between two hemispheres. And then think: but what if...

What if the Spice Islands had magic?

And so, being a fantasy, it’s not just about a clash of cultures, but about a clash in religious/magic systems…The trilogy’s protagonists come from both hemispheres.


“Lascar” is a term that is not very specific in its application. The word is Persian/Arabic in origin, meaning guard, soldier or more generally pertaining to military, but later came to mean a militiaman or seaman from the southern Asian region (i.e. not Chinese/Korean/Japanese).

“Lascars” came to mean those serving on British naval ships under so-called  “lascar” agreements. The first British East India merchantmen sailing to India had lascar sailors on board.

Many of these lascars never returned to the countries of their birth after their period of service. They became the first wave of Asian migration to Britain. Intermarriage was common. Most of these British lascar’s were from the Indian sub-continent–whereas the lascar of my book comes from the tropical spice islands of my fantasy world, a place I call Chenderawasi.

As a sidebar: My husband’s ancestry is, in part, Minangkabau. These people have their origins in western Sumatra, Indonesia. They were often traders and sea-faring folk. It is logical to assume that among my husband’s forebears there may well have been one at least who ended up as a lascar!

Watch this site for the maps to come…