I actually neglected to get any photos at all of the Grey Kangaroos that were all over the Caravan Park where we were staying in Cheynes last week. (We Ozzies tend to be a bit blase about the large animals chomping away at the lawns every night…) 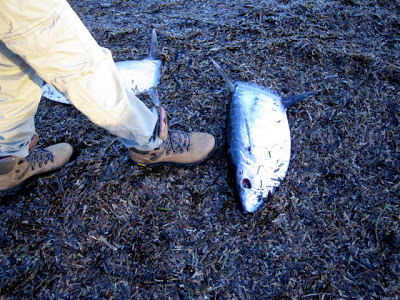 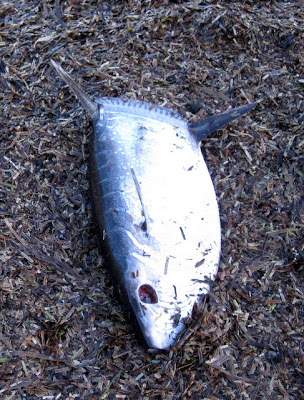 Ok, so they were dead and therefore technically not wildlife?

There were lots of them on the beach — I saw about 10 or 12 over several days. they are, I believe, the rarest of the sunfish, the Slender Mola, Ranzania laevis. These two are lying on a bier of sea grass leaves. As you can see, they are rather odd fish, like a hatchback car with two rather odd handles at the rear. I did see one that was still tinged with red.

And even odder is that they are tropical/temperate fish, ending their lives washed up on a southern cold current, far away from sun-baked oceans. There tragedy was to get swept south on the warm Leeuwin Current until they reach colder climes and die … of the cold. There more sensible siblings can grow to 1 metre long. 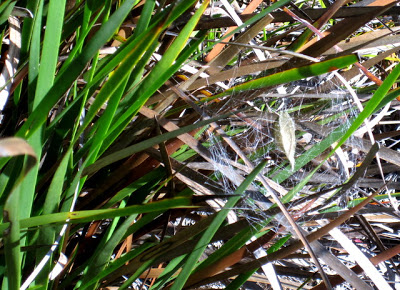 Above: The nest of an orb spider. 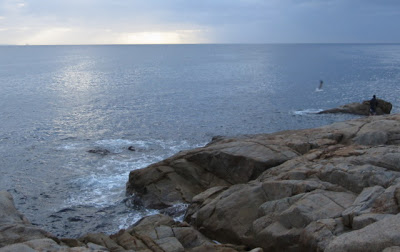 That bird flying over the rocky islet is an Australian Gannet, a dive-bomber par excellence. They plunge into the water from height, like stukas in for the kill.  There were quite a few, most of which were were immatures.

And below: an immature Pacific Gull. 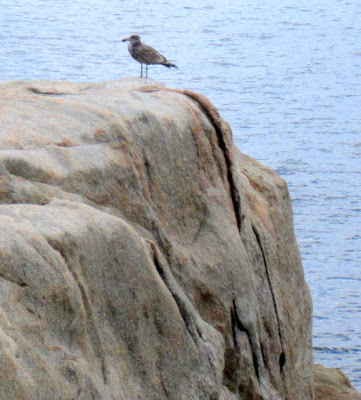 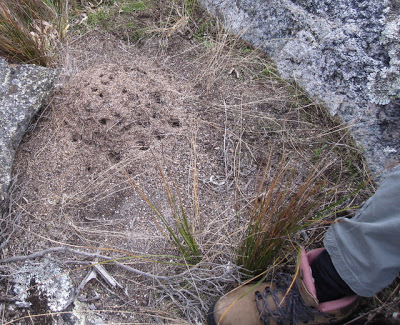 And then, above and below, there were the ants. Everywhere. 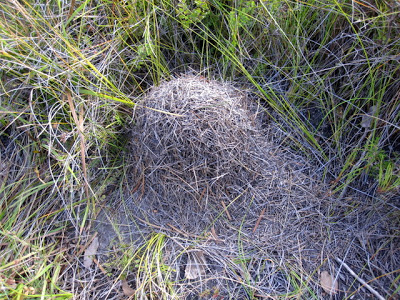 And these below: the spitfires of the caterpillar world. 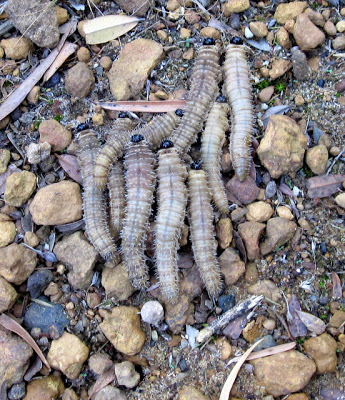 They are actually the larval stage of the spitfire sawfly wasp, not quite as long as my little finger. The exude a rather unpleasant goo when disturbed, hence the name. It’s not actually spit…