The Angkor Wat temple complex (also early 12th century) was built as the state temple for the capital city. It is the best-preserved temple and the only one to have remained a significant religious centre since its foundation – first Hindu, then Buddhist.  It is supposed to be the world’s largest religious building.

A very popular place at this hour in the morning, even in the off season (when we were there) 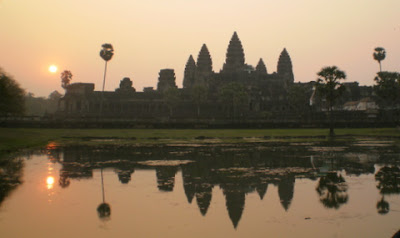 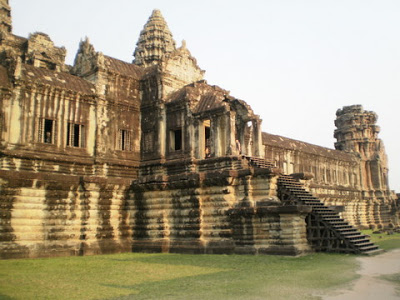 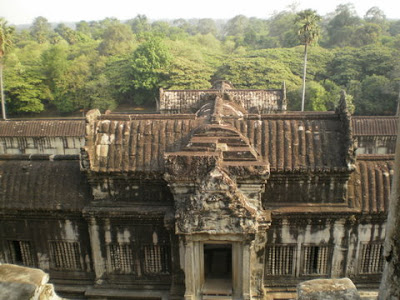 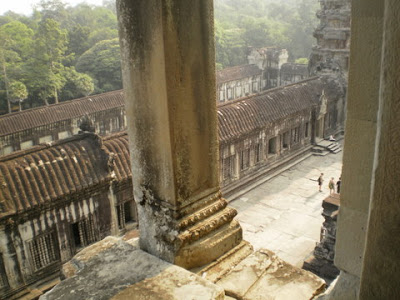 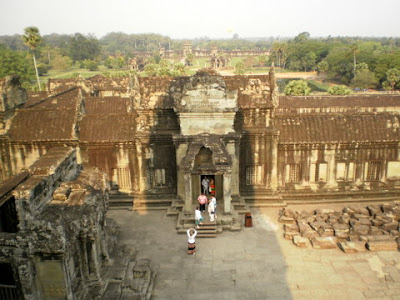 To be quite honest, I didn’t find this main temple of the Angkor area particularly attractive. One comes to see Angkor Wat, but many of the other temples are more interesting.