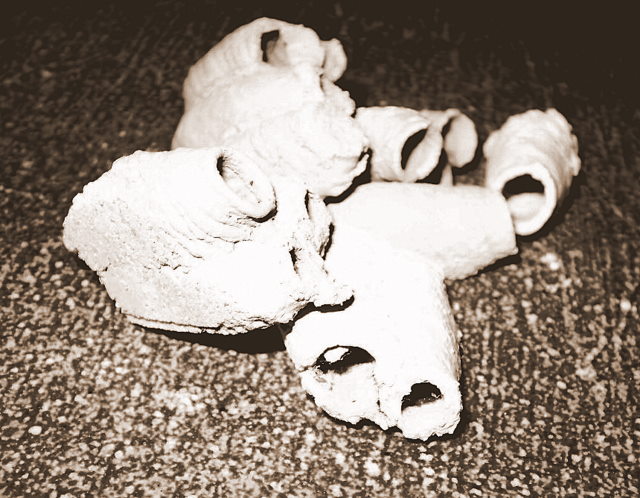 Remains of ancient oil jars photographed by a camera lowered into a cave somewhere in the Middle East?

Nope. Each is hardly much bigger than my thumbnail and they are made of mud, by potter wasps. All found during a spring clean of my house. 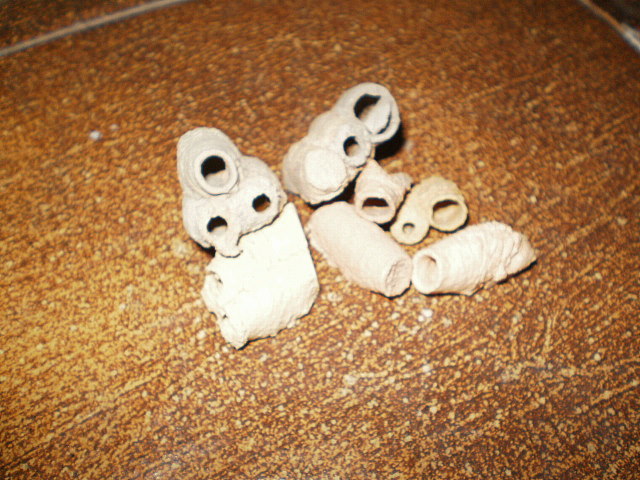 You never know what you’ll find inside your home in the tropics. Apart from the ubiquitous roaches and other sundry insects, I have — over the years in this house — found the following either inside or on the verandah:

I think I’ll stop there.