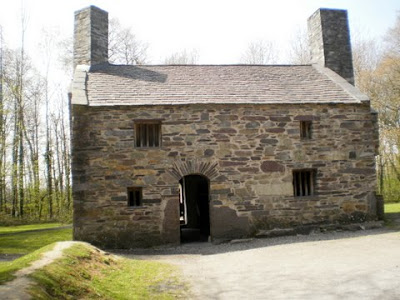 Look at this old farmhouse above. The next two photos are the same place. What impressed itself on me most about these early farms: how dark they were inside.

It was a toss up – you couldn’t afford glass, yet you needed light. If you made the windows too large then you were going to be darned cold in winter, and possibly wet as well, unless you had tight shutters of some kind. 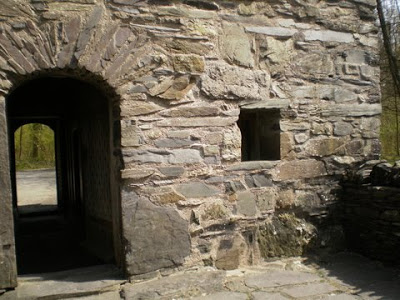 As you can see, this was a bright spring day, but inside these homes it was dark. Blessed if I know how they could see to do the cooking, let alone anything else. And presumably, if you couldn’t afford glass, you probably couldn’t afford much in the line of candles or lamp oil either. 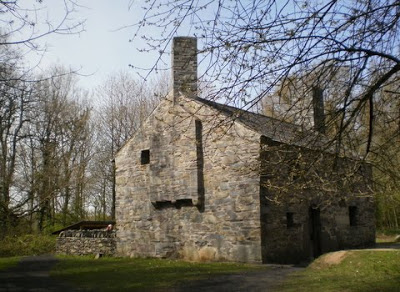 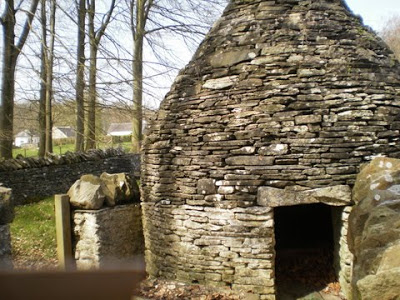 Above is a pigsty. Why is it round? Apparently because pigs tend to dig themselves out of styes that have corners. True or farm legend? I suspect it might be because a round one is easier to roof! 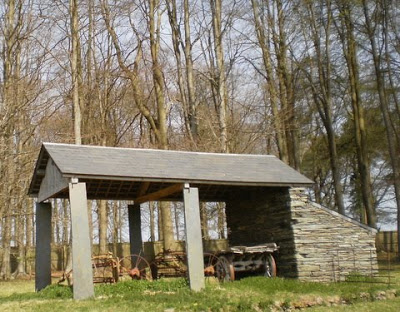 If you have plenty of slate – as you did in parts of Wales – then you used it, even in the most humble of farm buildings. Those huge posts? Blocks of slate! Tiles – slate too. 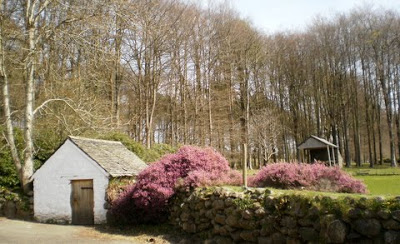 That pink flowering stuff above is heather. The shed is to store the peat for fuel. 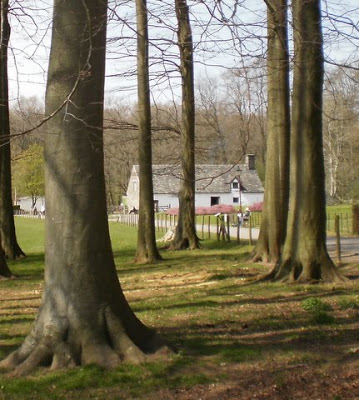 The farmhouse above had a single large entrance. To the left was the barn for the animals, and to the right, the living quarters for the family. So you could be both dark – and smelly! The house was rebuilt in the early 1730s, and had room for 12 cows… 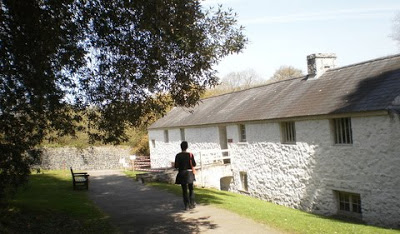 Above: a woollen mill, still operating. 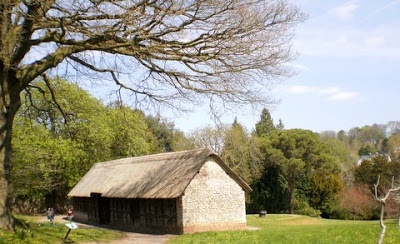 Another kind of barn with walls woven from split wood.