↓
Home Menu ↓
Skip to primary content
Skip to secondary content
Home→Blog→Blog→Birds in the garden
It’s that time of the year when the birds in the garden become very obvious. We may not have a spring, but we do have a time of the year when birds breed. I have a species list of about 70 for my suburban yard – that’s since we moved here about 30 years ago. All the pix are taken in the garden to illustrate the fact that if you want local birds, plant local. 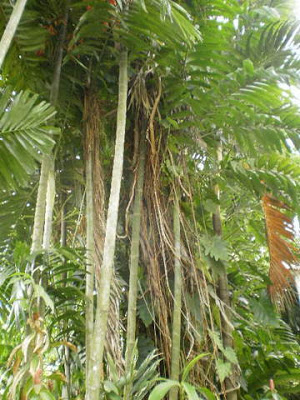 The first sign of a breeding season on its way are the two early birds: the Asian Koel and the Large-tailed Nightjar. They start about October and keep going to April or May. I can do without the former, as it has a loud, unattractive call and doesn’t mind starting at 5 a.m., or breaking into vocal territorial aggression in the middle of the night: KO-EL!!!!! At least it parasitises the introduced House Crow, so it’s not a total loss.
The nightjar is monotonous but I like it nonetheless: tonk-tonk-tonk – sometimes non-stop for minutes at a time. At the moment our second nightjar species – the Savannah Nightjar is also calling, usually at dusk in flight: Chwwit!….Chwwit!….

I have not heard either of our owl species this season though: the Buffy Fish Owl and the Collared Scops have been absent for some time. 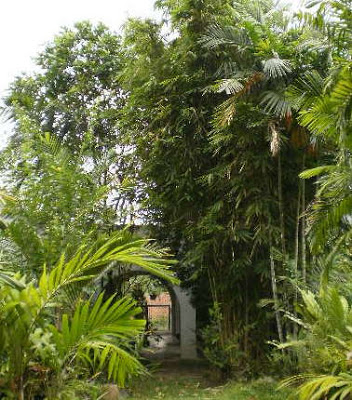 I’ve had at least two species raising young around the house this year, and probably more. There has been a family of Ashy Tailorbirds and of course, the prolific Yellow-vented Bulbul, which usually chooses a pot-plant on the veranda. Both species only managed to raise one young this time, so there has been some infant mortality there. 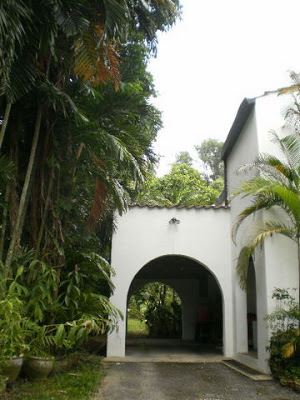 The Pied Fantail and the Oriental Magpie are both about to nest somewhere in our yard: there’s a lot of aggressive courtship from the males. Nothing subtle about these guys. The ladies get chased off their feet. 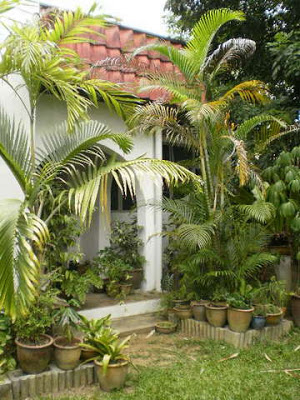 The Black-Naped Oriole and the Common Iora have been exceptionally vocal as well this season, but I haven’t seen any females, so maybe the guys are lonely, or maybe the females are just clever at keeping out of sight. 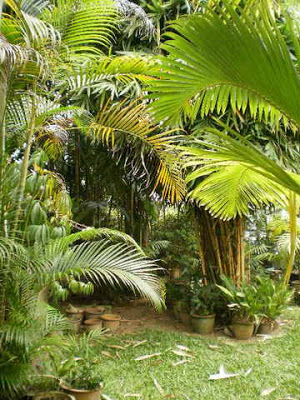 The Brown-throated Sunbird has chased the Olive-backed Sunbird permanently out of the garden, but I don’t think the male has found a female this year. He always seems alone, which is unusual for this species. Sunbird males tend to get very clingy once they find a mate and keep close even out of breeding season. 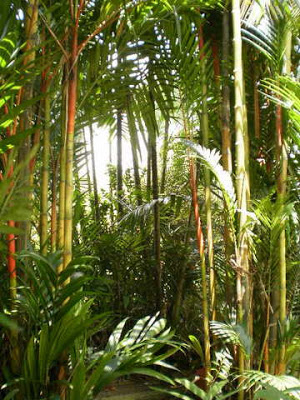 I think the White-throated Kingfisher is now nesting in the bank just outside our yard, because he has stopped calling. A month ago you couldn’t shut him up.

I haven’t heard the Scarlet-backed Flowerpecker for ages, so I don’t know where he went, but the Peaceful Dove, the Spotted Dove and the two myna species (Common and White-vented) are all permanent residents in our trees.

A few birds give the garden the once over, to see if there are any partners around. This year we had a Rusty-naped Cuckoo drop in and then continue on when he wasn’t answered.
.