One of the disadvantages of being a SFF writer in Malaysia is that I usually have a long way to travel before I bump into another genre writer. It gets lonely sometimes. So when I noticed a blog post heading over at SFNovelists in the sidebar that said: “I am in Malaysia” I was ecstatic. The blog belonged to Maria V. Snyder, the NY Times bestselling auhor of Poison Study, Magic Study and Fire Study; now also Storm Glass and Sea Glass.

So of course, I cheekily contacted her (I had never met her – our sole contact had been through the SFNovelists site) and arranged to take her down to Melaka for the day, and to deliver her back to the airport where she would meet her husband and fly back home. 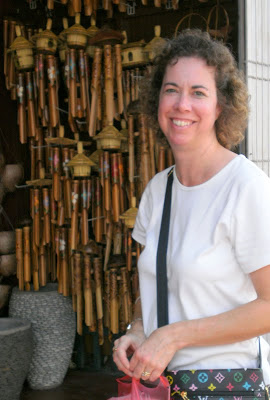 Above is Maria, looking remarkably cool in spite of 90+ degree temperatures and 90% humidity. 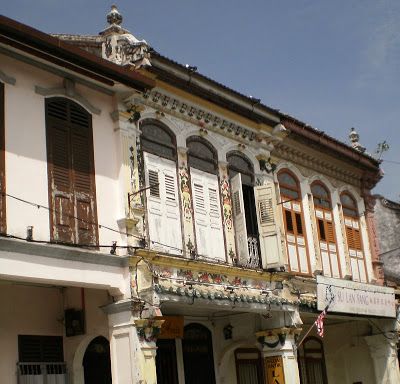 And here are some of the photos of old Melaka – a city that still has structures standing from the Portuguese era (they arrived in 1511) and where the old Dutch town square still stands. Above are some of the ornate Baba Chinese shophouses, below an interesting shop front. 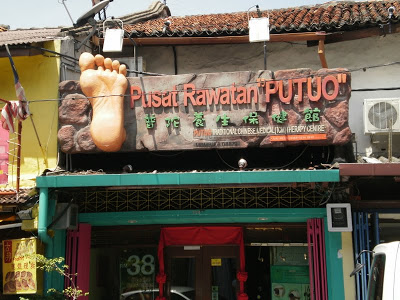 Below: A shop specialising in wooden & bamboo & rattan handicrafts 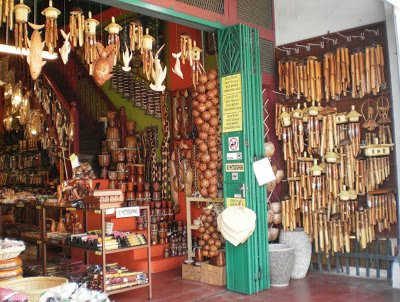 Below: An old Muslim tomb and Chinese architecture, side by side

Below: a decorated trishaw or beca. 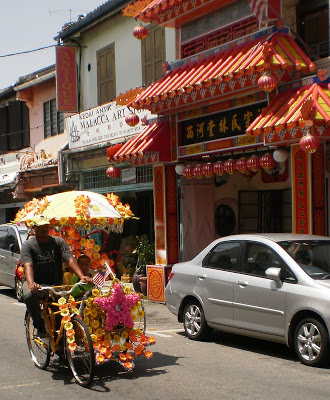 Below: the Malacca river. In its heyday, the late middle ages and for a while afterwards, it was the major port of the region, controlling the commerce through the Straits of Malacca by virtue of its position. The river is now largely silted up and it is hard to imagine what it must have looked like as a bustling port of godowns and traders…it was subsequently superceded by Penang and Singapore.

And on the town square, what used to be the Dutch Reform Church before being appropriated by the Brits. That red colour is an approximation of the original colour of all the Dutch public buildings here. 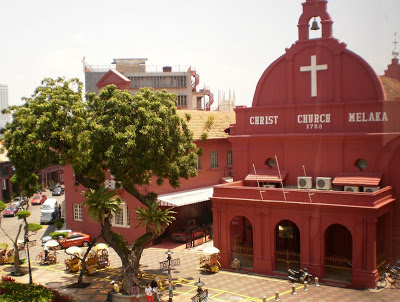 I had a wonderful day – talking writing with a talented, successful novelist and at the same time pottering around an interesting old city, collecting ideas…my idea of heaven.

Poor Maria, though – she had a 37 hour journey ahead of her just to get home! 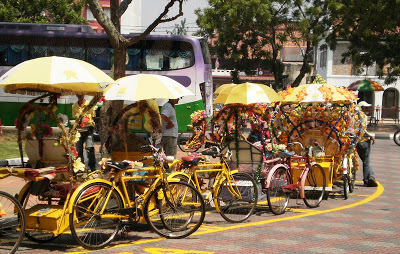