I have written elsewhere about a reader bringing baggage along with them every time they sit down with a book.

But a writer also has baggage. I have a lot of it. I have lived in four different continents and in four very different cultures. I started life on a mixed farm where we drank untreated rainwater and my mother boiled up clothes in a copper over a wood fire and my father buried the waster from the pan lavatory – which was a route march away from the house and had no light at night.

The accumulation of knowledge I have accidentally collected as I have gone through my life up to now is vast. I know what it is like to walk a swing bridge built by rainforest people or grind rice flour or churn butter or struggle to make yourself understood in a language not your own or sit on the floor because your host has no chairs…

The problem with all this knowledge is that sometimes I assume that other people know what I am talking about. And many times they don’t because their experience is different, especially if they are half my age. And when they read something in my work that doesn’t ring true to them, they roll their eyes. And as a fantasy writer, one of the worst things you can do is jerk a reader out of their belief in your world.

That’s fair enough. More problematical is when you, the writer, are correct, but everyone assumes you are wrong. The effect is the same – the readers are still jerked out of their belief in you world. And that’s bad. I have struck this with some of my beta readers in the latest book.

For example, part of the book deals with a semi-nomadic people who live in tented camps. I know what it is like to live in a remote camp with other people. I’ve done it. A number of times, both in the rainforest and in the desert. I’ve gone on expeditions with up to a couple of hundred diverse people, living away from the nearest town or shop. I’ve had experience with the way in which people structure their society – however temporary – in such an environment. So when I describe my tribal people with their slave culture and their tents, I have an idea of how it could work on a daily basis.

And when a couple of my beta readers came across stuff I mentioned in passing, they said, “Hey, hang on a moment. This wouldn’t work the way you wrote it.” I disagree. I feel I am right.

So do I just ignore their comments? Do I just shrug my shoulders and say, I’m right, they’re wrong?

No. I rewrite, because I have to describe my world in such a way that the reader believes in it – so they can see why it will indeed work the way I describe it. I am at fault – not in the material, but in the way I have presented it.

Beta readers are make me see my work through other eyes.

What happens when you don’t keep an eye on your lunch at the lighthouse: 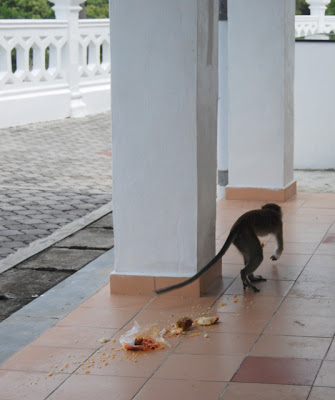 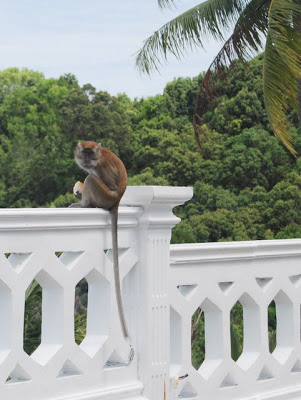