~
Take a look at the plant below – looks like it has some sort of pine cone type thingies on it. 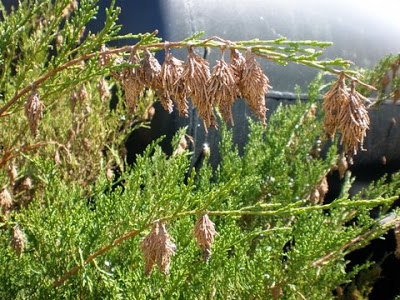 But nope, they are the protective cases of some kind of caterpillar. At a wild and uneducated guess, a moth – not sure why I think that. It could just as easily be a butterfly. Pix taken up at the apple farm, showing one of the guys poking his head out of the attached end.
The bush was covered in these things. 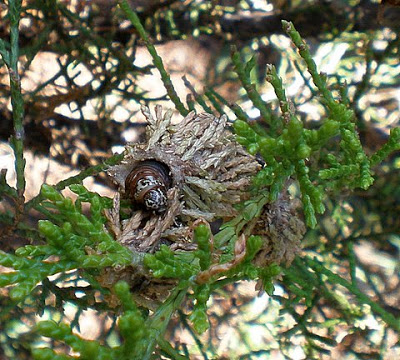 And how is the writing progressing? Nearly 60% of the final total on the writeropia picometer.

As my word aim for the first draft is about 170,000, the percentage for that is even better:

Or am I trying to disguise the fact that I am not writing as much as I should – and average of 600 words a day in the past 8 days? Aargh. Gotta do better than that.