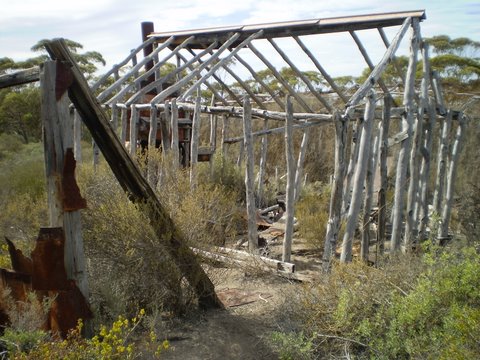 Pix 1 & 2 : remains of a pioneering homestead and the vegetable/ chicken run. Note the remains of flattened kerosene tin walls.

This was not the day we planned to have.

We began by taking a drive down a track on our way out of Eyre to look at an old abandoned farm settlement at the foot of the escarpment (photo 3) . The walls were made of flattened kerosene tins, a not uncommon form of recycling once upon a time. 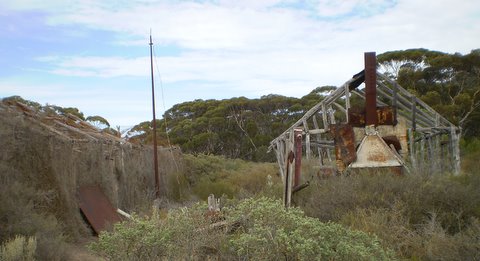 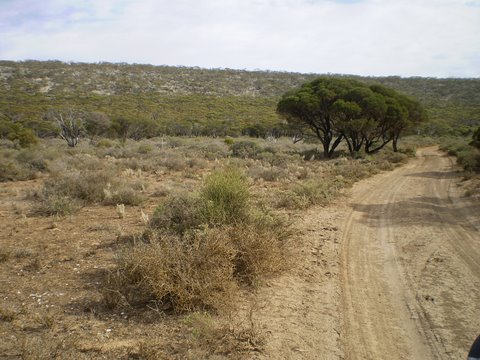 Photo 3: the escarpment in the distance. 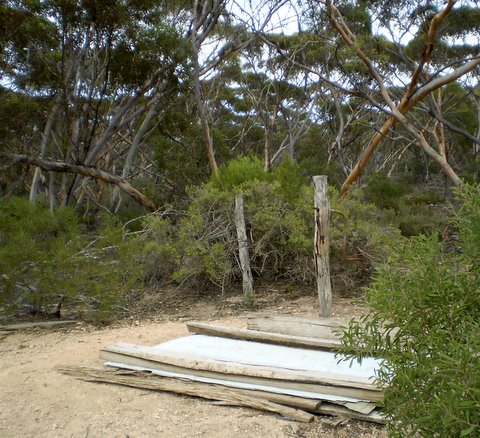 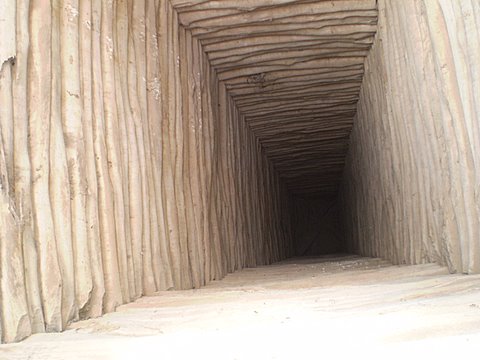 After poking around the farm we set off for Norseman. Then we headed down the unsurfaced direct to Esperance, which perhaps was not a good idea. It is a shortcut – but a rather bad one. We ended up taking almost 4 hours, arriving well after dark, a journey during which we saw not a single vehicle in either direction until we were close to Esperance, nor any other sign of human life. Not a person, a house, a light, any sound – nothing. You know how unnerving that is as it gets darker and darker, the road rougher, the corrugations and stony outcrops harder to see…? And of course, the kangaroos start jumping out at you without warning. 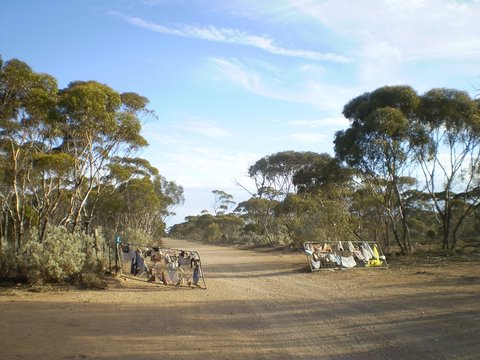 Well, we did see those two gates, I suppose…in the middle of nowhere, performing no known purpose any more. Click on them to enlarge – so you can see what decorates them! 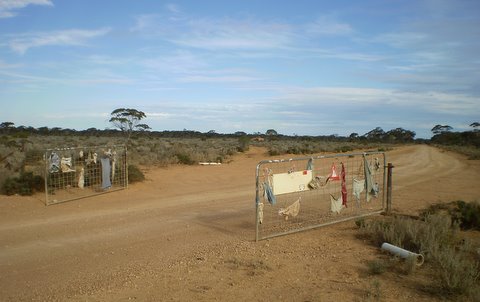 We made one wrong turn, which took us at dusk to a rather pleasant abandoned farmhouse of a bygone area. If we’d had any sense we would have pitched the tent there. Instead we pushed on, fingers crossed. 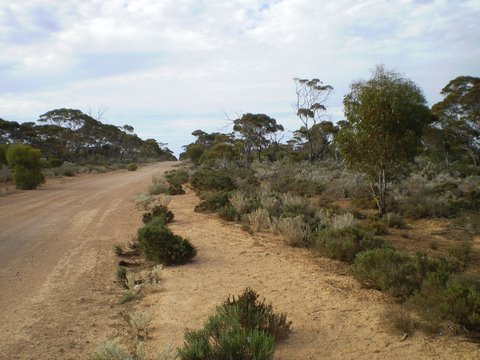 Esperance on a Friday night…was dead. And buried. Caravan Parks apparently close their offices at seven p.m. So, it seems, do motels. That’s right – it’s damned hard to procure a camping space, let alone a room after seven p.m.! We finally managed to get the last room in a very pleasant motel – after an hour of wandering around the town from one place to another, pounding on silent doors.