This is a sort of follow on from the previous post – which has some very interesting comments, by the way.

I am in the midst of this fascinating process of getting feedback from first readers, some of them writers themselves, some not. And truly marvellous they are, with an eye for the ridiculous, the grammatical error, the typo, the rough spot, the plot hole, and so on. I can read something twenty times and still not see something under my nose, or I just simply don’t see an illogically in the story at all. 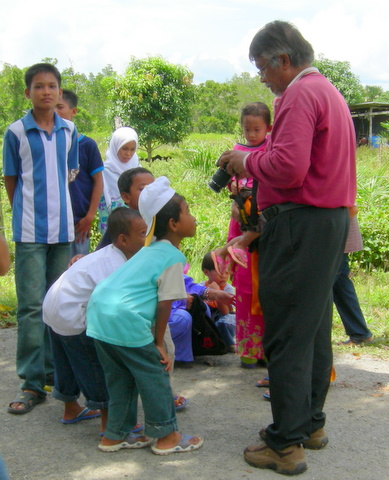 Here’s one that was spotted: there’s one scene in my book where a man, camped on the outskirts of a village, has to clandestinely visit a village child whom he knows is alone in his hut just outside the village. He also has to carry a rather large basket of stuff. I had no problem with that…but a beta reader did. 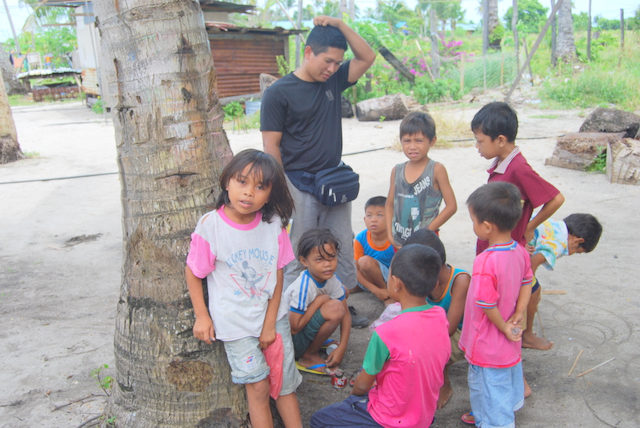 In effect:
How come he is able – in broad daylight – to walk around the outskirts of the village without a) someone spotting him, especially when he is hampered by the basket, and b) why aren’t there a myriad of village children following him everywhere??

The photographs taken by me are of my husband on Banggi Island, and of Hamid, from the University Malaysia Sabah, on the island of Mabul, Sabah….

Ah, seems I don’t have time to get to the bit of what I wanted to say that refers to the blog title. I will continue tomorrow.