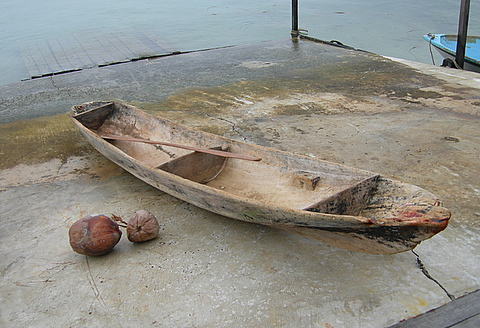 Ok, now let’s see if I can get all the photos downloaded properly today – and then I shall my blog anzeigen in einem neuen Fenster. Read yesterday’s blog post first, if you haven’t already done so. 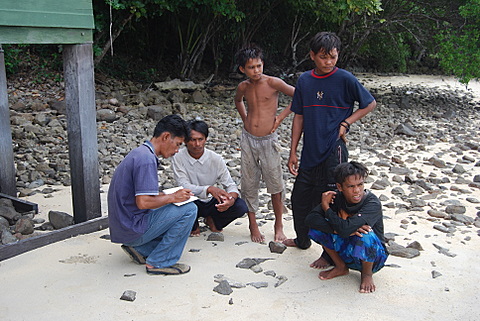 [No idea why Blogger has decided to test my German when I post. At least I have learned a new word: Tastaturkürzel It sounds like a root vegetable, but it actually means those keyboard control shortcuts]

Pix 2: The crew of the outrigger, all brothers. They reckoned the younger ones were 8 and 11, but I think that was a ploy to gain sympathy. The younger one was probably more like 11 or 12. Here their names and details are being recorded by the park staff, while they anxiously observe what is being done to their boat. 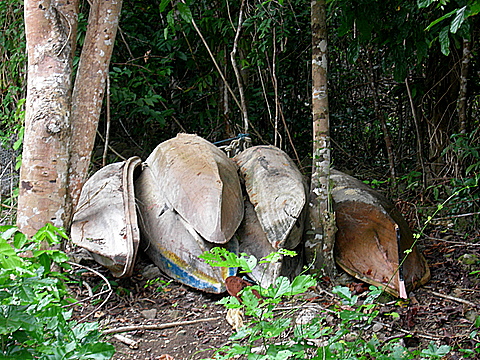 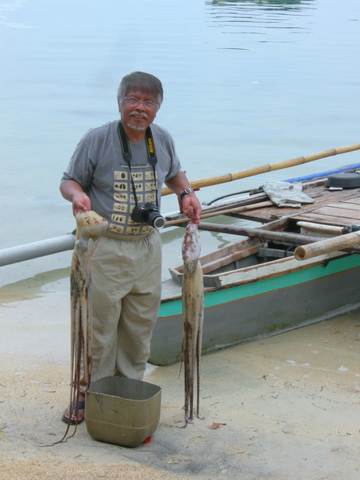 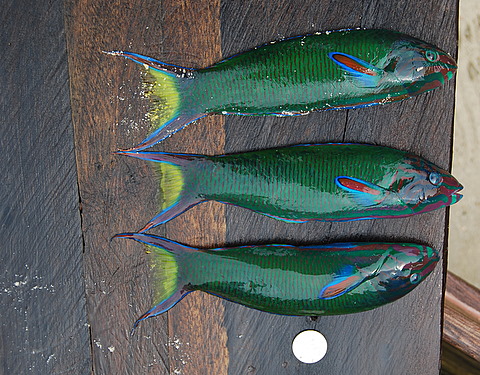 Pix 4: My husband with part of the catch: octopus.

Pix 5: the fish they catch then use as bait for the larger ones – Moon Wrasse.

And they do catch big, expensive fish too. 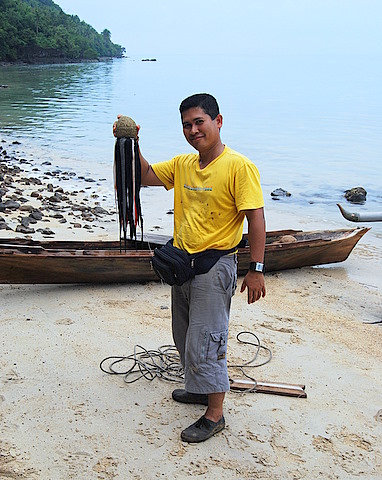 Pix 6 shows some more bait: that “jelly fish” has a large hook and nylon line inside. The handsome guy is Dr Hamid, one of the senior staff from the Institute of Tropical Biology and Conservation at University Malaysia Sabah. 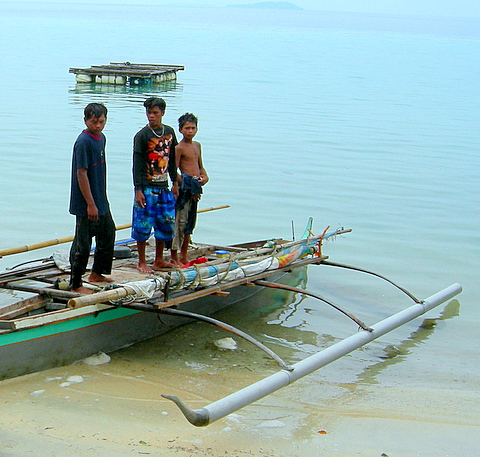 So what happened to the poachers? The man had his boat added to the confiscated pile. The boys were made to stand on the boat and be photographed holding some of their catch. The fish that were still alive were released. The others – most of them anyway – were eventually returned to them.

Then all four of them were set to work carrying large gunny sacks, with orders to clean up the flotsam rubbish on the beach.

I think some of their equipment may have been confiscated; not sure about that. After the cleanup, they were released with the outrigger and strict instructions not to return to fish inside the park boundaries. (The outrigger, by the way, has a propeller powered by a pump engine, for use in emergencies.)

The only people who can fish inside the park are the few who lived there before the park was gazetted. More about some of them next time.

Most of the poachers are the Sea Gypsies (Orang Perahu) a sub-group of the Bajau Laut peoples. (Laut means sea). Originally many of them came from Philippines where they were made unwelcome. They are often stateless, living on their boats, sometimes on houses built out to sea (more about that soon too) or on temporary huts built at the shoreline somewhere. Many of them are not poor – not in the sense of starving or without money. Those large fish and octopus fetch good money.

Hassled, they move on, roving throughout the Sulu and Sulawesi Seas, living a life at sea … given a chance to put down roots, many of them would not accept, although they would like to have some kind of legal status somewhere.

Before the Sabah Parks moved into this area, poachers were devastating the corals with bombs and other unlawful, wasteful and STUPID methods (not all of them non-Malaysians, either). One guy I know, doing research work on the reef, was almost killed by a bomb while he was diving. I have no sympathy for poachers.

Or do I?
Suddenly they have a face. Three young people roaming the sea with a wok of tapioca and a hold full of fresh seafood – and they didn’t look so very different from me as a kid, running wild every summer, fishing around Mandurah in Western Australia.
Life is complicated.