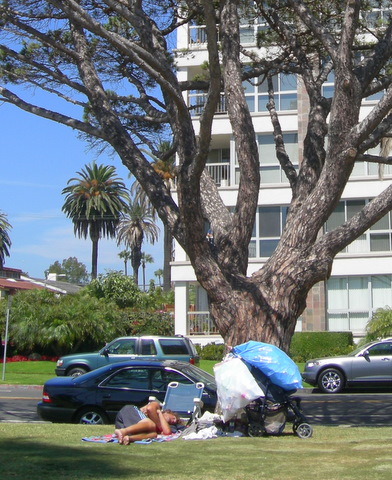 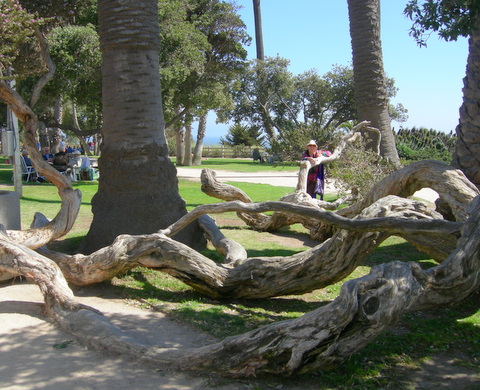 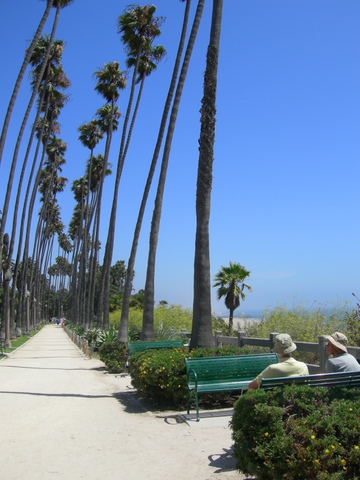 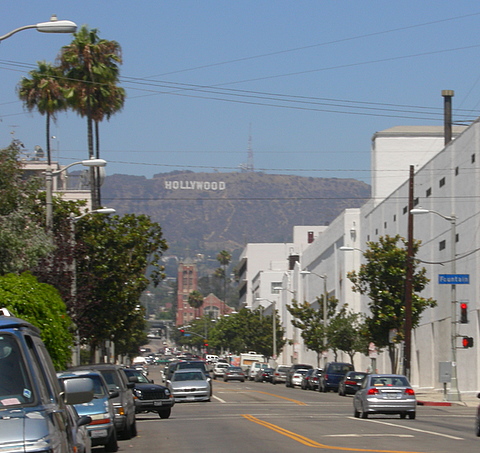 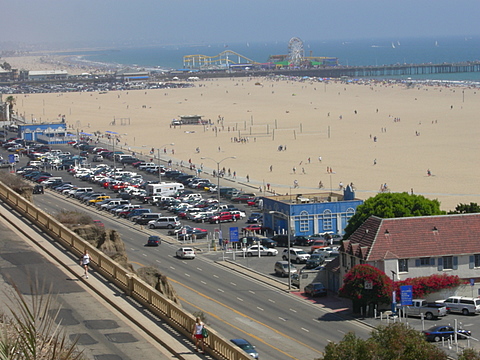 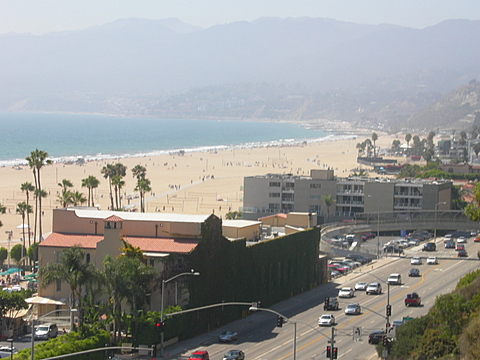 Just to prove to Gillian that I really am in L.A….
We went to the beach, Santa Monica. Fascinating geography, because you can look down on the coastal sands – which appear perfectly flat, from a cliff top. The sand is a not particularly attractive colour, and to an Australian, the flatness of it is astonishing. Being Sunday there were loads of people.

Those tall palms are amazing, and that twisted tree trunk (some kind of myrtle? Looked very Australian…) is still alive and flowering even though it crawls over the ground like the remains of a petrified python. Those first 3 photos, including the sleeping homeless guy with his bags, were taken in the park at the top of the cliff, and the photos of the beach and pier were taken from that park, looking down.

And, of course, being a tourist, I just had to take a snapshot of the Hollywood sign on the way to the beach. How can one not?