↓
Home Menu ↓
Skip to primary content
Skip to secondary content
Home→Blog→Blog→Malaysian book banning: how to look stupid in the eyes of the world 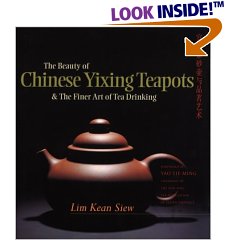 [The Beauty of Chinese Yixing Teapots and the Finer Arts of Tea Drinking : pix courtesy of Amazon.com where you can read an extract to see why it is banned. Or maybe you can read the extract and NOT see why it was banned.]

This blog post is all true, or based on things I believe to be true. I just thought I would make this clear, because you are going to have trouble believing it.

Let’s go back a bit in time, to 1992. I am sitting on a large cardboard packing box on the wharf in the port of Tunis, North Africa. There’s a truck behind me with a container. The contents of the container have been unloaded and are piled up around me – boxes, furniture, all out household goods. We are moving to Tunisia from Austria.

It’s a hot day and the truck driver has been sitting on the wharf for seven days, guarding our load and eating packaged junk food because he dare not leave the truck unguarded. He hasn’t showered in a week…but there’s hope. Finally things are moving. The Tunisian customs men have arrived to check our things. I had chosen my seat judiciously; it contains the contents of our bar, which I thought might arouse some problems, this being an Islamic country even though they have their own vineyards…but they weren’t interested in that.

A customs officer points to a box and asks us to open it. It is full of books. He takes out the one on top. It is a coffee table book, a gift from someone who lived in Papua, and it portrays the face art of tribal people. The customs officer looks through the book, staring hard at the pictures. Luckily there are only faces and not penis adornment. Then he picks up the next book, which is a Malay dictionary. He stares at that a long time, puzzled by the language. How is he going to tell if it is worthy of being banned? He tries another book, I can’t remember which one. And then another. And another.

The sun is hot, and we are all wilting. My husband says, poker-faced, ‘We have six thousand books.” A slight exaggeration, but I translate it anyway for the customs men. My husband waves a hand at the many unopened boxes around us in illustration of his point. You can see the customs officer thinking – how the hell is he going to check for banned books when none of our library is in a language he can understand?

Finally he brightens. “Avez-vous un télécopieur?”
“Oiu,” says I. “Nous avons un télécopieur.”
“Get it out,” says he. “You cannot import a fax machine until it has been tested.”
So, after some rummaging, we extract the fax machine and, after much filling in of forms, we and the truck are on our way.

It is three months before we get the fax machine back, but that is another story.

Down in Johor they do things differently. Book distributors have to run their imports from Singapore through the officers of the Malaysian Ministry of Internal Affairs. And they have a remarkable system of “restricting” books they don’t like, which can be anything from most books by Salman Rushdie to the obviously subversive book pictured above, about the pornographic art of sipping tea while discussing terrorist subversion. Or something.

For a look at the list of books that one distributor had restricted, see here and read Raman’s comments here .

Robert Jordan’s “Knife of Dreams”
Lots of things with Religion/Sex/Gay in the title – we mustn’t be well informed on any of these things, of course. And that can mean everything from “Introduction to Islam”, to “Poems and Prayers for Children” (I’m not kidding, remember), or the Kama Sutra.
Anatomy for the Artist: The Dynamics of Human Form
Mao: A Life
Feel: Robbie Williams