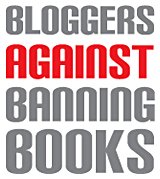 There’s a whole website up now to describe the insanity of the restricted/banned books issue. Do take a look here. This is so insanely ridiculous that one bookseller was prompted to mutter about Kafka, andI can see why.

The Malaysian Home Ministry (Kementarian Dalam Negeri) could not have found a better way to ridicule themselves, and their country, than this one. And the totally irrational decisions of their officers down in Johor have certainly made people wonder if they are on the take and will clear a book if they are paid under the table. After all it’s the only real reason most of us can think of for them to “restrict” (arbitarily forbid entry to, and confiscate without compensation) these books:

Well Women’s Sourcebook: Guide to Women’s Health and Wellness (The particular edition restricted has a large yellow daisy on the cover.)
Bali Style. (Publisher’s blurb reads: “A dazzling celebration of the traditional Balinese architecture, interiors, arts and crafts”)
The Jaguar Smile: A Nicaraguan Journey by Salman Rushdie. (As this is more a critical travelogue, I think it must be the author’s name that has aroused the ire of the Johor Thought-Policers. Perhaps reading the words “Salman Rushdie” is corrupting? Beware, you have just read it twice. You will never be the same again…)
Breastfeeding Your Baby. (There is a shocking pix on the cover. Maybe that is why it’s restricted. It shows a woman’s bare arm and shoulder as she looks down on her newborn. Or is it restricted because the baby appears as though it might possibly be naked?)

Maybe the officers have the best personal libraries in the country? Maybe they need something to read to wile away the tedium before another consignment turns up for them to look at? Maybe one of their kids had a birthday coming up?
The whole thing is so ridiculous (and yet tragic) that we can only think of this kind of

explanation, because there simply cannot be a rational way to explain banning a song book for 3 year olds – other than that they wanted a free book for their own kids. Especially when the officers or their Ministry refuses to give their own explanation.