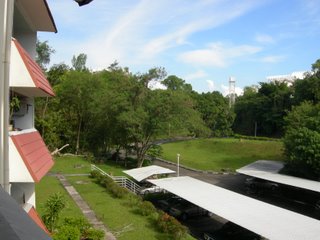 The view from part of our apartment – all that you see is in the grounds. Behind the trees to the left is a pond…with fish and frogs and a couple of water monitors.