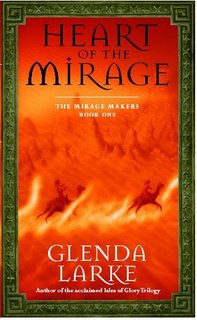 There is still one copy of Heart of the Mirage going begging as I write this – but I don’t expect it to last long.
There is an extract up at the HarperCollins Voyager site (it’s the beginning chapter) which can be read here.
Book 3, Song of the Shiver Barrens, is zipping along beautifully: 85,000 words – and this with all kinds of other stuff going on this week. Just organised the car into being shipped across the South China Sea…

Funny, when I was a kid, I used to love place names that had a romantic ring to them – like Sandakan and Samarkand and Tashkent, the Golden Chersonese and Katmandu. Why those in particular, I have no idea. I swore I would go to all of them one day. In those days, Kota Kinabalu was called – much more prosaically – Jesselton, or I am sure I would have included it in my list.

I had two sources for my idea of romantic places: a stack of aging National Geographics kept in the wash-house across the back lawn on the farm (in the days when the magazine had no colour pix and only the index on the covers), and a radio programme called Armchair Chat, with a guy called Wilfred Thomas (if I remember correctly – this must be fifty years ago or more!).
I’ve been to Sandakan since then. I live in the Golden Chersonese. I passed through Tashkent and watched the shepherds shooing the sheep off the runway as we landed. (I also have unpleasant memories of being penned like sheep in a locked room in the airport, back in communist days). 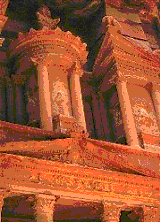 And now I’m off to live in Kota Kinabalu. Katmandu and Samarkand are still on the to-do list.

I thought then – and still do – that the most romantic line of poetry ever written about a place is this:
A rose-red city, half as old as time...
I still haven’t got there, either.